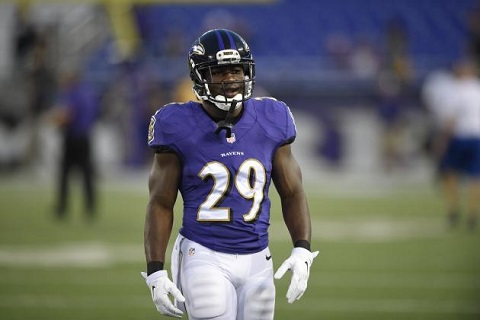 Hey Razzball Nation, I am Max, your new fantasy guru. I will soon be writing over on the basketball section as well, lending JB a hand on a weekly basis. Now you guys don’t know me. Those annoying voices in your head might be asking, “Who the F is this guy? Is he trustworthy?”. Razzballers you are right, my apologies, let me introduce myself. I play way too much fantasy, I mean if you’re on this site you do too. Been playing since 2005 when I was a mere toddler (high school basketball star). I’ve got a degree in science, and finishing up another degree in finance all the way up in big ol’ Canada where Celine Dion is eating poutine and chasing it down with maple syrup.

Note: Take me on in the Razzball Commenter Leagues here…

Enough about me, let’s get to the good stuff. Who does I feel is underrated this year? Since you are able to read you already know it’s Justin Forsett! Surprise. Looking at Forsett’s ADP, Yahoo, ESPN, CBS and some other terribly ranked websites show us that he is drafted in the mid 20’s, high of 22, low of 34. In my personal rankings, that are kept on a USB locked away safely in my basement, he is ranked 9th in both standard and PPR leagues. What gets you so hot and heavy about Forsett this year Max?

A new offensive scheme is in with Marc Trestman. As a Canadian, I know Marc very well. He was the head coach of the Montreal Alouettes CFL team. He loves himself some RB Targets. Matt Forte had 94 targets in 2013, and 130 targets in 2014. Getting those extra yards from receptions, and potential touchdowns is HUGE. I wouldn’t be surprised if he had over 75 receptions and 250 carries. In a PPR league, I believe he is a no doubt top 10 pick. Moreover, he has a career 5.1 YPC in almost 600 carries so I feel confident the sample size is large enough. It isn’t a huge number, but gives you a good sense of his ability. His workload throughout the season was very consistent and I would expect 20+ touches a game for him.

I also want to ease you on the age factor here. He is 29 turning 30 this Season. The number 30 for running backs is equivalent to men hearing “Prostate Exam”. I am here to calm your nerves. The great thing about his 600 carries, is that well, he’s only had 600 carries of work and his legs are fresh. His workload has never been large before so there is much less wear and tear on his body compared to someone like Frank Gore, who has had over 200 carries every year except his rookie season. If you like handcuffing your start RB’s, Javorious “Buck” Allen is the guy who’ll be behind Forsett. I will most definitely spend a late round flier on this guy.

Lastly, the draft factor. There are so many good wide receivers this year and, according the USB Key of Influence, I’ve got only 10 running backs that I’d want to own now with injuries. I’m going RB-RB in the first 2 rounds of all my drafts. I’m able to grab 2 RB1’s and fill my WR corp out nicely still. You dont want to be stuck with anxiety and stress going into the season because Carlos Hyde and Andre Ellington are your backs. The Ravens have one of the easiest schedules this coming season, according to footballoutsiders.com, which makes me like Forsett even more. Don’t let the ADP fool you. Barring injuries Forsett will be a force this season. Damn that was corny.

Also if you have fantasy questions, comments or just straight up want to tell me off or cuss me out, you can on twitter @maxrose32. God Bless.