Alright people, don’t panic. If you don’t win here you only have to wait eight months until you can start to earn redemption. No big deal, right? 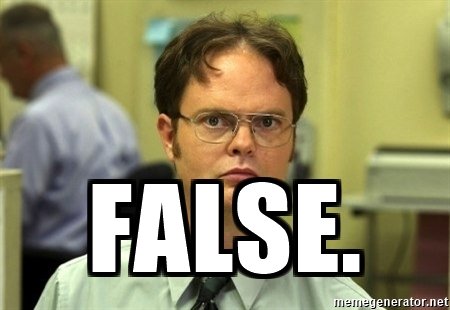 Huge deal! Help me, help you! Leave your question in the comment section below and let’s have a dialog about what you can do to win your league.

Blake Bortles, JAX, 39.3% owned: Blake freaking Bortles has been on a scoring frenzy his past four games averaging 22.25 fantasy points. He has 7 TDs and only 1 INT over that span. Bortles is heading out to San Fran to face-off against the 49ers. The 49ers have been one of the worst defenders of the pass all season averaging 19 fantasy points allowed per game. I told you to start Bortles last week and I’m telling you to believe me again.
Joe Flacco, BAL, 8.5%: The poor man’s Blake Bortles (wtf?!) Flacco is averaging 18.33333333333333333 fantasy points per game over his last 3 games. He hasn’t thrown over 300 yards all season, but I think that’ll change in your championship week as Flacco faces the Colts who have allowed the 3rd most passing yards all year. They even allowed Brock Osweiler to score 24 fantasy points on them in week 15.
Mitchell Trubisky, CHI, 4.5% owned: This will be a nice soft start for Trubisky. In week 15 the Detroit Lions ballhawk defense grabbed 3 INTs from Trubisky. The kid still threw for over 300 yards and 1 TD, but for the most part it was a sad performance. In your championship week he’ll welcome the Browns to town who couldn’t even stop me from passing gas. They’ve allowed the 4th most fantasy points to QBs on the year including a season high 21 to the aforementioned Joe Flacco last week.

Theo Riddick, DET, 64.0%: Sometimes the stars just align and you need to strike while you can. Riddick has more single-digit scoring games than double-digit but I have a feeling that week 16 is going to be one of those double-digit days. PPR darling Theo Riddick is going to have a field day against the team that has allowed the most receiving yards to RBs, the Cincinnati Bengals.
Javorious Allen, BAL, 32.1%: Everything old is new again! First Danny Woodhead was the RB to own in Baltimore, than for hot second it was Terrance West, then it was Javorious “Buck” Allen, then it was Alex Collins — now? It’s Buck Allen again! In week 14 Buck had 2 rushing TDs. Apparently that was enough to make the Ravens lead rusher in week 15. He only had 1 more rushing attempt than Alex Collins, but 51 more yards! Buck and his Ravens get the Colts in week 16. The colts have allowed the 5th most rushing yards on the season setting him up for a great game.
Wayne Gallman, NYG, 6.1%: Gallman didn’t get the most rushing attempts for the Giants in week 15 — that would be Orleans Darkwa. But he somehow averaged 0.77 yards per attempt. Not a typo! Gallman didn’t do too much better with 4.875 yards per attempt but did do some damage in the passing game with 40 yards on 6 catches and that’s where his value lies. In deep PPR leagues I could see Gallman warranting some flex consideration as the Giants face the Cardinals who have allowed 82 receptions for 664 receiving yards to RBs (10th worst in the NFL.)

Dede Westbrook, JAX, 30.8%: Okay. I really don’t think Jaydon Mickens nor Keelan Cole are going to be the leading Jaguar receivers in week 16. That was probably just a fluke. Bortles will be flinging the thing around the yard and Dede should bounceback as the prime beneficiary in week 16.
Kendall Wright, CHI, 3.7%: I told you to grab Wright and yea I’ll do it again this week. Last week I pointed out how Kendall grabbed 10 catches for 107 yards and 20 fantasy points in week 14. Well in week 15 he answered with 7 catches for 81 yards and 15 fantasy points. Now, as you can read above in Mitch Trubisky’s post, I like this passing game against the Cleveland defense.
Damiere Byrd, CAR, 0.2%: Papa oom mow mow papa oom mow mow mow! Byrd was the word in the Panther’s week 15 game against the Packers. He grabbed 2 TDs on 3 catches for 17 fantasy points. Greg Olsen dominated the receiving game so there weren’t many passes thrown their receivers way (only 8 total passes on the day) but Byrd made his count. Cam Newton and Byrd now face the Tampa Bay Buccaneers who have allowed the most receiving yards to WRs.

Eric Ebron, DET, 30.9%: Ebron has scored over 14 fantasy points in his last two games and has been the Lions receiver with the highest catch total in both of those games. The Bengals are allowed a healthy 10.79 yards per reception to opposing TEs on the season.

Bears D/ST, vs CLE, 29.1%: The Bears are averaging 10 fantasy points per game over their last three games. Week 16 has them playing against the worst team in the league, the Cleveland Browns in Chicago. Bears are likely to have another double-digit fantasy scoring day.

Josh Lambo, JAX, 26.0%: Lambo has the honor of facing the San Francisco 49ers who have allowed the second-most field goals on the season. Lambo to his credit is averaging over 9 fantasy points per game. With the possibility of hitting 3 FGs — Lambo could be in double-digits for your championship game.