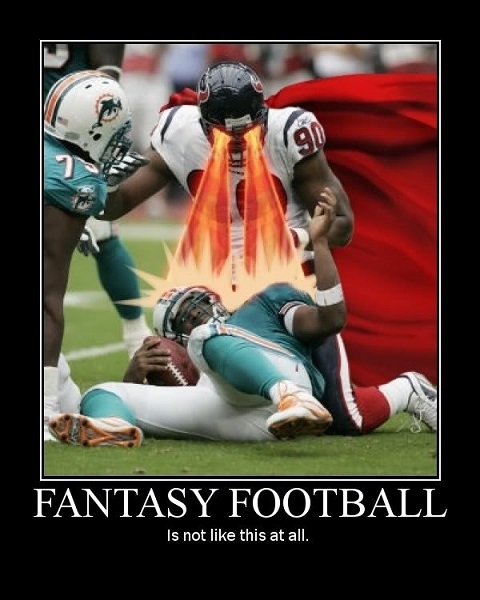 Welcome to what could be called the first installment of our 2015 Draft Strategy. This journey will help prepare you for Draft day, and will likely also be filled with an assortment of snacks ranging from TWIX® candy bars and FUNYUNS®, basically what I like to call breakfast. And don’t tell me why they’re written all in caps. That’s their official “name”, so I can only assume that we are meant to shout it out every time, which, now that I think of it, seems totally natural. Q: “What are you hungry for?” A: “TWIX MOTHER F*CKER!” See what I mean? Regardless, this opening salvo of strategic knowledge (everything sounds better when weaponized) is focused for those of you who have no idea what fantasy football is or what it does. A Beginners Guide to Fantasy Football, if you will. And listen, don’t be afraid of being the noob, that’s not a derogatory title for me. It can be derogatory, but for those who do use it as a negative descriptor, just remember, they were noobs once too. We all have to start somewhere, and yes, that means you. Which is probably your mom’s basement. And if that’s the case, you’ve completed half the journey, some would say.

So, you want to play fantasy football? Well, what are you waiting for? Let’s go!

One thing to remember, if you’ve played fantasy baseball, or if this is your first foray into fantasy gaming, fantasy football, on the surface, is not an intricate game to play. One can remain a casual NFL fan and still just be as informed as the die-hards, like these fine ambassadors of the human race: 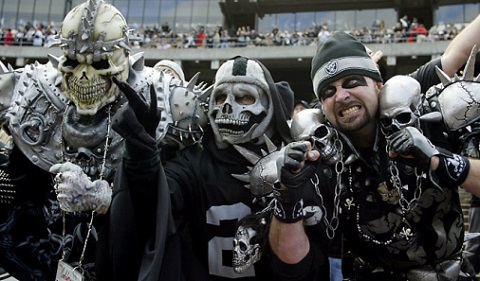 Yeah, you’re right, the casual fan is probably more informed than these guys… But the truth is, there are just a lot less moving parts compared to it’s peers (sans custom leagues). Just know that when you are contemplating the deciding factors of whether or not you should play, the time-investment can be whatever you’d like it to be. Whether that’s an hour everyday or an hour for the entire week, you’ll be able to field a competitive roster for the entirety of the season. All you have to do to get started is follow these helpful bullet-points I’ve prepared for you. (See, I’m telling you, weaponize everything bro. EVERYTHING. Even eggplant.)

Remember, if you feel lost, confused, or sad, alcohol usually helps. But so do we! Razzball is one of the few sites out there that takes interaction with our readership very seriously. And we’re proud of that. You guys got questions, we got answers. We won’t always be right, we won’t always be wrong, but we’ll always try to help. So if you’re a beginner, we’re here for you.

Awesome stuff Jay! Couple queries, though:
1) Will Razzball’s IDP rankings & information be integrated into the tool?
2) I don’t draft until Sept 6 so should I wait as long as possible to download the war room tool for the absolute most updated rankings etc?

@Clint: I’ll be checking in with our tool creator (Nico) and getting some answers to these questions.

And that would be a yes on the second one when it’s released.

I have quite the decision to make here…

We get to keep 3 players each year for 1 year (draft year, following year). My other two keepers are Odell for $1 and Hopkins for $9. Those are no brainers for me.

I have Charles Johnson for $1 and Le’Veon Bell for $47. RB’s typically go for a premium in our league. Thoughts?

@Bryce Krispie Treats: Is there a strong chance that Bell would go for higher than that price? If so, just keep him. The value is still there.

Also — We live here in MN, so Charles Johnson is not a sleeper by any means. The guy has been building hype since the end of last year. My guess is that since yahoo has him @ $8, he’d go for about $15.

I like Johnson there, but I think that’s still great value for Bell if those numbers turn out being correct.

Hey Jay will there be RCL leagues for football like there is for baseball?

@Allan: yes sir! We’ll have more on this soon.

Are you going to write about overvalued/undervalued players for this season? I think that would be very helpful

will there be a war room for football?

Yeah, we’ll be pushing hard for it. Ask me again in a few weeks.

I’m in a (Up to 4 keeper – take draft picks instead) 1/2 point PPR league. I currently own Lacy, Foster, A. Brown, Cobb, and Dree Brees. AP is out there on the trading block. The guy wants picks.

Would you hold strong with Foster, Brown, Cobb, and Lacy while trying to trade Brees?

Try to trade up for AP?

@Reek: I’m find holding there, I do like your RB combo. Depends what the return is though, as always.