Sometimes when you stream, you get House of Cards season 1, but sometimes you get Fuller House. We hope that our rosters are set at this point in the season, but injuries and bad match-ups happen and you may be scrambling around looking for streaming options and hopefully I can at least reach Netflix Arrested Development level with these recommendations for this week.

I normally try to avoid back to back week repeats, but it’s playoff time. Rules be damned as all that matters is winning, and Josh Allen has shown he can be one of those players to help. His ownership percentage is climbing, Up 13% from last week, and it should be. The man has the record for most rushing yards by a QB in a 3 game period and doesn’t seem to show any signs that he’s going to stop rushing.

The passing is still pretty suspect as he has yet to throw for over 250 yards and only has one game with a completion percentage over 60%. However, he’s willing to toss it downfield and big plays are possible. Of course, interceptions and incompletions will likely be plentiful as well, but if your league doesn’t punish too harshly, Allen has shown his worth.

The other good news, he’s facing the punchless Lions. Over the last 4 games, the Lions have allowed Cam to throw for 357 and a TD, Chase Daniel threw for 230 and 2 TDs, Goff didn’t do much because Gurley handled it, and Josh Rosen just had one of his 2 best games of the season. That is to say that the Lions pass defense, and the team in general, have not performed.

Even over the course of the season, they’ve been sub par coming in as the 11th worst team against the pass, and they are tied for the 2nd lowest interception total on the year at 6. They are 3rd worst in yards per attempt and 4th worst in yards per completion. Even if I don’t expect the passing game to carry his value, there is the opportunity for him to do so. 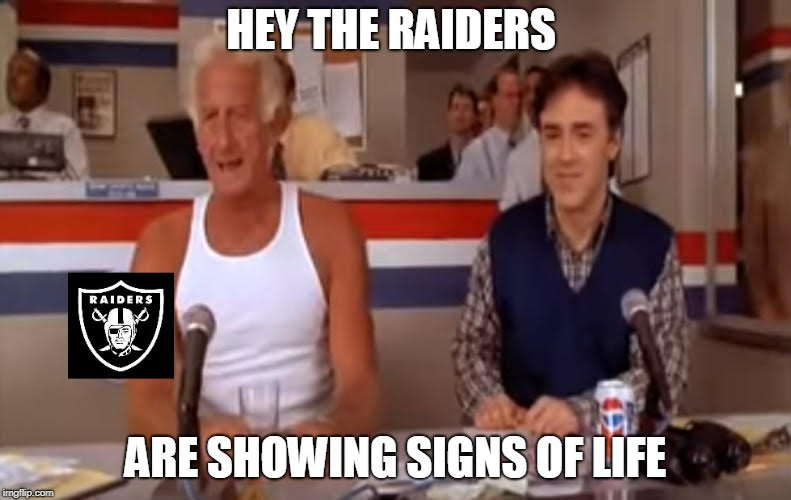 This week the Raiders face one of the teams looking to take their place as the worst in the league, the Bengals. The Bengals have been hit hard by the injury bug and aren’t going anywhere. Over their 5 game losing streak, the Bungals have allowed the most points with a grand total of 2 takeaways and 7 sacks (3rd worst in that time).

Hope that you found a tight end earlier in the season because it’s not a good week for streaming options. Ian Thomas falls into a job due to the loss of Greg Olsen. Thomas didn’t show well in his first opportunity this season when Olsen missed some time, but has come on in the last couple weeks. Thomas isn’t overly impressive in any one thing, but is solid in many.

The Saints have been the 3rd best against the tight end, so, the match-up is not ideal. Wow, this does not sound like much of a recommendation, but it is a tough week for streaming. On to the good news, Thomas had 11 targets last week and 5 targets the prior week since replacing the injured Olsen. He also has all of the receiving work at this point for the Panthers from the tight end position as the next closest tight end in targets on the season has 3. If you’re looking for a deep streaming option, it’s not an ideal situation, but I think Thomas gets enough targets in this one to be worth a start if you’re looking down in this range.

My biggest concern on this one is the offense keeping the ball long enough for anyone to have much value, but with Jordan Reed doubtful for the week, Vernon Davis might be the only piece I’d feel semi-comfortable starting this week. Reed lead the team in targets before the injury and I expect that the tight end is still going to be a heavy part of the offense.

The match-up is average as the Jaguars are right in the middle of the pack in fantasy points allowed to the tight end position, but they have given up the 6th most touchdowns to the position.

While the Titans have only managed to be the 15th best fantasy defense on the season, they are the 4th best defense overall. They’ve allowed the 4th fewest points and the 9th fewest yards along with the 5th best scoring percentage. They haven’t created much in the way of turnovers, which is why the defense hasn’t always translated to fantasy points.

The Giants put on a show last week, but that was against a dejected Washington team. The Titans are still in the playoff race and are coming off a strong showing against division opponent, Jacksonville. For the season, the Giants are 16th in points and 18th in yardage, and have shown signs of life in the last 2 weeks, but I still like the match-up for the Titans defense. As the regime in Tennessee is NE south, I believe the game plan will be to take the Giants primary weapon away in Saquon and force Eli to beat them. The Titans passing defense is the 6th best on the season and I expect them to perform well in this game.

I will maintain that the Bills defense isn’t bad, but has just been put in bad situations all year with an offense struggling to find itself, like the 13 year old version of yourself that was just trying to find your place in the world. While the Bills are 20th in points allowed, they have given up the fewest yards on the season, and are 1st in passing defense and 9th in rushing defense. They are also the 13th in turnover percentage giving some fantasy upside as well.

The Bills also get the Lions this week. On the season the Lions have scored the 25th fewest points and the 24th fewest yards. Over the last 7 games, the Lions have not scored over 23 points in a single game and have failed to score at least 20 points in 6 of them. If that wasn’t enough, the Lions have the 9th worst turnover percentage in the league.