Sometimes you pick up a streamer and it’s just like a Tinder hookup. You use them and then toss them back before the night (aka waivers) are over. Other times, it’s more like John Denver and you have to tear yourself away from your streaming options, and you find yourself singing, “I’m streaming, on a jet plane. Don’t know when I’ll be back again. Oh babe, I hate to go.” The best case scenario is that you find yourself falling in love with a new starter, or starting option, that you can roster all season. While most streaming options fall into the Tinder hookup category, I hope some others have given you at least a couple weeks of production.

Jameis Winston and Cameron Brate may have you thinking about putting a ring on it. Will Dissly, Ryan Fitzpatrick, and Jesse James, got their numbers put in the phone, but then we ghosted them after a couple weeks. Fitz lost his job and “No, I don’t want no scrubs.” Dissly got injured, and Jesse James was a victim of the hot ex coming back into the picture.  Most streaming options will be more like Jimmy Garoppolo’s preseason date than Reese Witherspoon/Katherine Heigel rom-com characters, but keep your eye out for THE ONE that could be potential season long difference makers as you look for bye week fill ins and streamers. 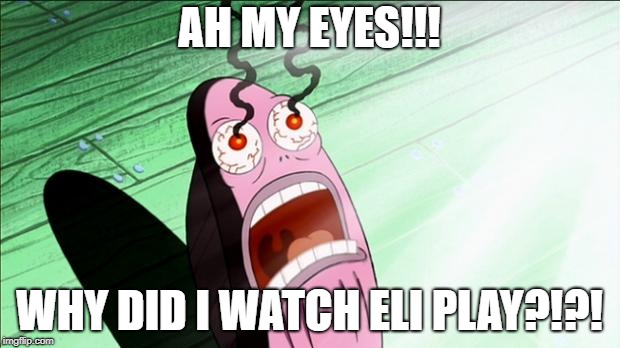 Remember that you don’t actually have to watch Eli play to accumulate fantasy points. It’s been a rough season for the brother Manning, as he looks more uncomfortable in the pocket than in the back of a Volkswagen. 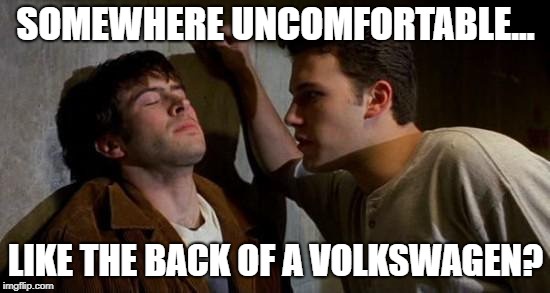 When he’s not ducking and covering for the sack, he is at least completing his short yardage passes. He has the 6th most completions, 7th best completion percentage, to go along with being 9th in both attempts and interception percentage. Plus, he has great weapons around him with big play ability to take his 4th lowest in the league 10.5 yards per pass completion to the house.

While the Giants are allowing the 3rd most sacks this season, it’s at least the right match-up for them going against a depleted Falcons defense that are tied for the 5th fewest sacks. The Falcons are also allowing the 7th worst net yards per passing attempt. Both of which should help Eli and the Giants passing game.

The Falcons haven’t really been able to stop either side of the ball, but have been more susceptible to the pass as they have given up the most passing touchdowns. If that wasn’t enough, the Falcons defense has allowed the 2nd most total yards, 4th worst yards per play, and 2nd most first downs.

In the passed, you may have been Whacko for starting Flacco, but not this week. Flacco has actually been a fairly useful streaming option at the QB position this year thanks to a generous amount of passing attempts, currently has the 2nd most passing attempts.  Flacco’s fewest passing attempts in a game was 34 in week one during the 47-3 demolition of the Bills. The Ravens offense has become more pass happy, and maybe with reason as they have the 9th most passing yards compared to their 19th place in rushing yards.

Despite the volume, the passing offense as a whole has been pretty middle of the road, but that’s alright in a plus match-up with the number of attempts Flacco has been making. They are 16th in passing TDs, and 12th in yards per game. Flacco himself has been a top 15 QB from a rating perspective as he is 12th in QBR and DYAR (defense-adjusted yards above replacements), and 13th in DVOA (defense-adjusted value over average).

Plus, he gets to face the, while improving, still pretty awful Saints defense. The Saints defense has performed admirably vs the Giants, Browns, and Redskins, but have allowed 40 or more points to the Falcons and Bucs. They are 8th worst in scoring percentage while creating the 2nd fewest turnovers. They come in at 17 in points allowed, which is not bad, except that they have already had their bye and are giving up the 6th most yards per play.

The Saints offense has the highest scoring percentage in the league as well, which should turn this into more of a high scoring affair opening up the opportunity for Flacco to find John Brown, Michael Crabtree, and company.

This is not the first appearance on the streaming list for RSJ, but that also doesn’t mean he necessarily qualifies to “put the ring on it” quite yet. Likely more in the keep the number in case of drunken emergency. 16th in both yards and receptions, and is getting the 12th most targets among tight ends.

Last week in a similarly favorable match-up, RSJ had 6 targets with 5 receptions, and I expect the game plan to be similar against the Broncos. The Broncos are giving up the 9th most points to TE while allowing the 6th most yards to the position. The defense as a whole has not been the Broncos defense that carried them to a pair of Super Bowl appearances. This unit is giving up the 9th most points and 5th most total yards. They have not been able to stop the run recently, allowing 548 rushing yards to Gurley, Crowell, and Hunt in the previous 3 weeks.

I doubt the Broncos are excited to be gashed by David Johnson, and while predicting gameflow is a fool’s errand, it’s also part of the player evaluation for the week to some extent. I expect that the Broncos will commit more help in the run game from the linebackers or safeties, which should leave some good match-ups and free starts off the line for RSJ. If the running game does get going for the Cardinals, I can see them utilizing the play action to help out Josh Rosen as he gets adjusted to NFL play.

There is not a lot of tape to watch on Herndon as he spent his time in college playing second fiddle to Njoku, and then suffered an injury costing him a few games to end his senior season, but has some natural receiving skills. He was a converted high school receiver that moved to tight end, and has more work to do on the blocking side of things than on the receiving.

He can run more than just your typical tight end chip and out to the flat routes. The Jets have already showing the willingness to use him down field and he has performed on those opportunities. Herndon also has some decent after the catch ability as he has some speed to him allowing for run after the catch.

In week 6, he had 2 receptions. The first was a terrific grab over the defender for a first down, and the second went for a touchdown on a nice body fake from Darnold that frees up the entire back side of the field, a la Drew Brees record breaking TD.

RSJ had this same juicy match-up last week versus a Vikings defense that has not been the show stopper that we saw last year. The Vikings are giving up the 5th most points to the tight end position this season. They have allowed the 6th most receptions and 4th most yards, and it’s not just to the tight ends. The Vikings are the 9th worst in completion percentage on the season. They are still getting to the quarterback as they are tied for 5th in sacks, but that may play into Herndon’s favor as the Jets will likely want to get the ball out quickly against an aggressive Vikings defensive unit.

I already touched on the Broncos defensive deficiencies in the RSJ spot above. Quick recap, 9th most points allowed, 5th most total yards allowed, most rushing yards allowed. They have been able to get to the quarterback as they are tied for 12th in sacks.

The bad news for the defense is that they get David Johnson this week. The good news for the defense is the overall inept play from the Cardinals “offense”. They are at the bottom of total yards, rushing yards, and scoring percentage. They are second worst in yards per play, passing TDs, and passing yards. They are 12th in most turnovers, but given the lack of offensive plays, they end up 8th worst in turnover percentage. This streaming option isn’t about the ability of the Broncos or that John Elway called them out this week. This is about the nothingness, like in the upside down, that is the Cardinals offense.

This feels like a hangover from the first 2 weeks of the season when the Bills got smacked around by the Ravens and Chargers. Since then, the unit has performed closer to a top 10 defense than a bottom 3 like we were thinking they may be in week 3.

Even with the first 2 weeks, they are allowing the 13th fewest points and 8th fewest yards. The unit is allowing the 2nd lowest yards per play, 9th fewest rushing yards and 10 fewest passing yards. They are top 10 in both passing yards and passing TDs allowed. It’s not all about the points and yardage either. They are tied for the 3rd most sacks and have created the 6th most turnovers, which are those point boosters you need when streaming a defense.

Usually when you’re looking at a streaming defense, it’s more about the opponent and mitigating the terribleness of a streaming option, but the Bills should likely be owned in more leagues than they are and are a nice play this week versus a fairly strong Colts offense that has scored the 11th most points with the 16th most yardage. However, the offense is lacking in big plays with the 6th worst yards per play, and have given up the 3rd most turnovers.