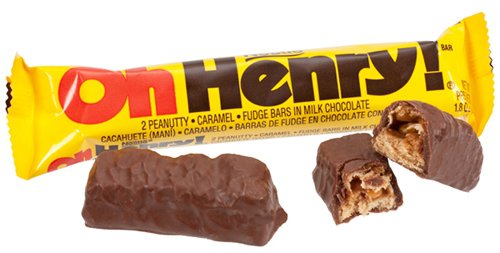 Alternate titles for today’s post included “Trick or Tyreek” in honor of Halloween, “Crowder? I Hardly Know Her” (used below), and “The Triple Lutz“. As you can see I chose neither of them. Once again I seem to have managed to stitch together a starting lineup, using waiver wire material, that would have beaten just about any team in your league or any other. You know the old saying “don’t judge a book by its cover”? Well, don’t do that. Unless you’ve actually read the book. The theme of this weeks seems to be players taking advantage of an opportunity given to them because another player was injured.

Josh McCown – Back for his first start since he broke his left collarbone back in week 2 against the Ravens, McCown finished with a top ten QB day, throwing for 341 and two touchdowns. The Browns are terrible. They are the only winless team in the NFL. This likely means McCown will be throwing the ball a lot since they will be behind on the scoreboard. I still want no part of him. The only Brown I’m willing to play is Tyrelle Pryor who should see a boost with McCown back in action. Receiving the rare honorable mention is Dak Prescott. He scored more points than McCown with 28.28 points, but his ownership was much higher at 62 percent. With word that Prescott will remain the starter when Tony Homo returns, I think Prescott deserves a bump.

Derrick Henry – Both Henry and DeMarco Murray finished in the top seven running backs of week 8. Without looking one might think the Titans played the Niners. They did not. Henry saw some extra playing time last week when Murray left the game for a bit with a toe injury. Murray eventually returned, but not before Derrick was able to rush for 60 yards and a score on 16 carries. He also caught 4 passes for 37 yards, ending the day just shy of 100 yards from scrimmage. When Murray is healthy Henry is not much more than a handcuff, but if Murray were to miss any time, I’d be all over Henry. At a minimum, he should be owned.

Mike Gillislee – With LeSean McCoy sidelined with a bad hammy, Gillislee (and the skipper too) stepped up for the Bills. On just 12 carries he totaled 85 yards and a touchdown. Throw in three receptions and you have yourself a pretty decent performance from a backup. As long as McCoy is not suiting up, it should be Gillislee’s Island in Buffalo. But this one looks like it might just be a three hour tour.

J.J. Nelson – Is it just me or does his name sound like a mashup of 80’s band names? Or maybe I’m just thinking of J.J. Bullock. Am I officially the first writer to mention Jim J. Bullock in a Razzball post? Grey/Jay, can I get a ruling here please. With John Brown and Michael Floyd both dealing with injuries, Nelson made the most of his first start as a receiver for the Cardinals catching 8 of 12 targets for 79 yards and two touchdowns. As a matter of fact, the word is that Nelson is no longer just a fill-in and has earned himself a starting spot. Sounds like he should be owned to me. That’s what I’m getting from this.

Jamison Crowder – Crowd her? I hardly know her. When did that stop anyone after a few shots of Jamison? Just ask Billy Bush. Crowder was all the rage out of Washington after the first two weeks when he was the most targeted Redskins wide out. Since then he has cooled off, however he is still the top receiver on his team. He’s tied with DeSean Jackson in targets with 56, but leads in receptions with 40. He also leads the team with 4 touchdowns and 498 yards receiving. Under 50 percent owned seems a bit low.

Tyreek Hill – Who? Sounds like a spooky place to drive your car on Halloween. One of those hills where you can supposedly put your car in neutral and it will still drive up hill. I call bullsh!t. Hill caught 5 passes for 98 yards and a touchdown. On the season he actually leads the Chiefs in touchdowns. I’m still not touching him with a five foot pole and one of you guys (or girls) pushing.

C.J. Fiedorowicz – Nailed it! Last week I predicted C.J. to win the tight end spot and, like I just said, I nailed it. Five catches for 43 yards and that touchdown we all crave from the TE position. Granted, it did come against the Lions, but that was the point. I’m not pushing Fiedorowicz, but I would like to point out that he does have a score in three of his last five games, during which he has averaged about 5 receptions on 7 targets for 50 yards (or so). So basically he’s averaging 13-14 points a game. Slow and steady.

Mohamed Sanu – Anytime a receiver catches 9 passes for 84 yards and scores a touchdown and is owned in less than 60 percent of leagues he’s nearly a lock for this post. Unfortunately Sanu’s use in the Falcons high powered offense is to unreliable to make him a reliable option at WR. More like Mohamed Sa-“no”.

I hope everyone had a happy, and safe, Halloween. And remember, Hillary Clinton belongs in the next season of Orange is the New Black… [Jay’s Note: Hmm, only one of these candidates is actually orange… just saying.]