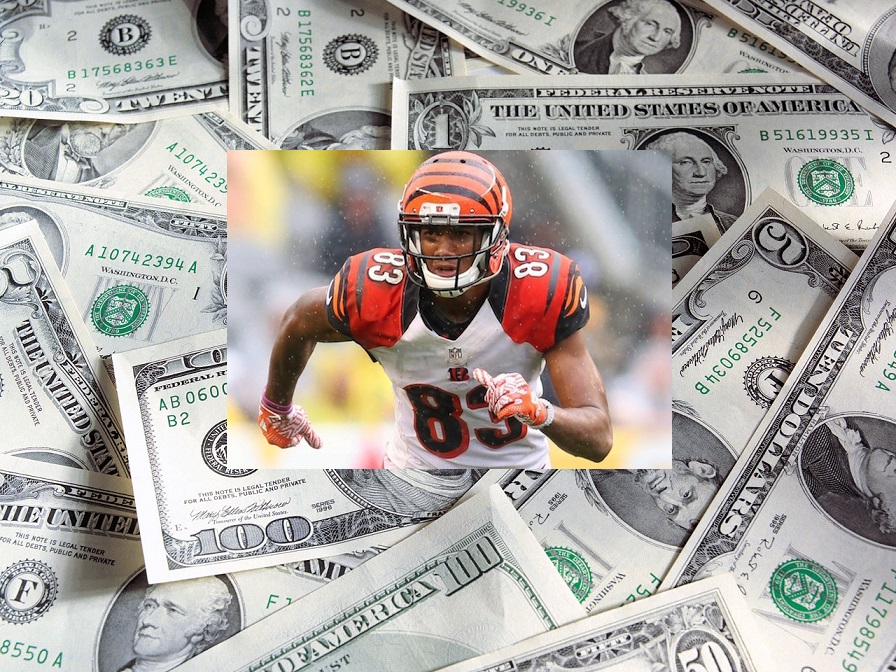 Tyler Boyd ($5) and Brandon LaFell ($4) A.J. Green’s 20 targets per game (that’s a real stat like Donald Trump is a real President!) have to go somewhere. Last week they sort of went to Giovani Bernard (8 targets) but of course he’s injured too. So now they have to go to players that matter. Prior to the Green injury I would have advised you to own Brandon LaFell over Tyler Boyd but now that it really comes down to (at least) one of them having a chance to return starter caliber performance I’ll take a chance on Boyd.

Wendell Smallwood ($5 or more) I could possibly see him supplanting Ryan Mathews if Mathews’ injuries linger. So he’s worth a bigger claim for desperate teams. It only takes either Mathews or Sproles to put a damper on his workload ceiling and as of now the Eagles are thinking Sproles will play. That is why this recommendation isn’t higher.

Dwayne Washington ($5) Is my sneaky pickup of the week. He’s carried the ball 23 times in Detroit’s last two games. That’s real work, folks! Unfortunately the production has been pathetic. That part will improve, somewhat, but we still can’t expect that much as Theo Riddick remains the most valuable Detroit running back.

Denard Robinson ($5) He’s yet another player whose value is boosted due to an injury. T.J. Yeldon figures to miss some time with an ankle injury and Chris Ivory is not exactly the most durable player himself.

Rex Burkhead ($4) I’m assuming that he’s not just going to step in and take all of Giovani Bernard’s role, but I don’t really know for sure. If he were to do that I’d say he’s worth a much, much, higher bid because there’s just no one out there right now.

So, I’m not being very bold with these calls, am I? No. I doubt there are any difference makers here. Pay attention to the latest reports from beat writers, etc., to have a clearer picture of which players are worth spending a little more on.

Remembering Alfred Morris, AKA how about those handcuffs

Tis the season to be stashing handcuffs. Last week I wrote a paragraph about the most valuable handcuffs and forgot perhaps the top one! Alfred Morris, of course. World Wide FAAB regulars already know of my love for him, I wrote about him in the week 9 and 10 editions. He belongs at or near the top of my list of handcuffs to own and I’d own him whether or not I own Morris. I’d own Kapri Bibbs in 12-team leagues as well.

Here’s a slight update from last week of some handcuffs to own and the order I’d own them in: Alfred Morris, Mike Gillislee (McCoy still has worrisome hamstrings), Kapri Bibbs, Fitzgerald Toussaint (Bell is injured more often than you probably remember and he’s a drug suspension risk), Damien Williams, Matt Jones (well, yeah, I guess he’s a handcuff now), and Benny Cunningham. The reason behind those ranks has mostly to do with the workload the handcuff would get were the lead back to go down and how likely I feel the lead back is to go down.

The Dion Lewis watch is over, sort of. Lewis played somewhat sparingly against the 49ers and didn’t put up a very good day. James White put up a good fantasy day as he was used heavily as a receiver. Lewis carried the ball 5 times. White saw no carries and has only equal or exceeded 5 twice all season. The question becomes will Lewis supplant White as the primary receiving back. I want the answer to be yes because I’ve been touting Lewis for some time now. I’ve also told at least one James White owner to hold onto him. Because we just don’t know.

I’ve rarely if ever mentioned a quarterback in this column. That’s because I consider streaming strategy to be beyond the scope of this, so I just lay off of it. With Andrew Luck expected to be out this week I’m making a few recommendations. Colin Kaepernick plays at Miami and that’s a fine play. Depending on whose available he might just be my go to for Luck owners, with Tyrod Taylor also bearing some consideration. Possibly one of Derek Carr or Philip Rivers are out there and they are certainly worthy this week.

All of the players from the main section (as in, not necessarily those from the handcuff section) should be considered for 10-team leagues, particularly Wendell Smallwood if Mathews is going to be out. But they are borderline roster-able at best. The Bengals wide receivers also fall into that category. Here’s the complete list of this caliber of frequently available running backs, in the approximate order I’d own them: