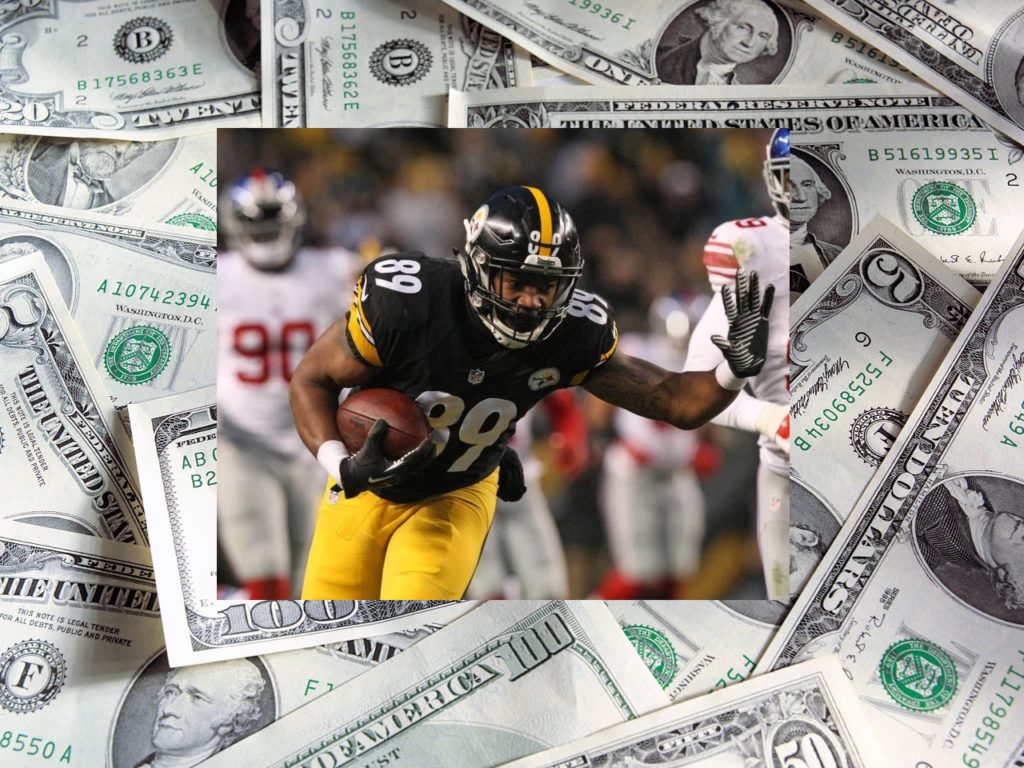 Ladarius Green ($14) Eleven (11!) targets is very #good when you are a tight end in the Pittsburgh Steelers offense. My best guess is that he receives 5-8 in most games going forward which is still plenty. Worthy of flex consideration.

Tedd Ginn Jr. ($9) Owned already in many 12-team leagues but he’s also worth considering in 10-team. It’s not really about the production in the past three weeks, which has been #good. It’s more about the usage the past several weeks.

Charles Sims ($6) Expected to be activated from the IR to play in this week’s game against New Orleans. First, check to see if Jacquizz Rodgers is available (probably not in 12-team) in your league then flip a coin to determine which one to actually pick up. Seriously I just don’t know right now, maybe there will be more hints later.

Rex Burkhead ($5) He’s had about 70% of the Giovani Bernard workload, which is pretty good. So far the production in terms of fantasy points has been more like 50% (sad trombone).

Malcolm Mitchell ($12) “I’m out of it for a little while, everybody gets delusions of grandeur.” Mitchell is the real deal, sort of like Luke Skywalker in Return of the Jedi. Until last week he was producing despite not being on the field much. Now it’s legit.

Adrian Peterson ($6) A mediocre NFL running back (I’m pretty sure he’s not much better than that now) playing for a bad offense. However the offensive line has shown some signs of better run blocking the past 4-5 weeks and Jerick McKinnon had a good fantasy day last week. So it’s not just the health that is iffy right now, and we don’t even know if he’s healthy enough to return to play.

Jacquizz Rodgers ($1) Doug Martin is iffy (but probably fine) and I prefer Rodgers to Sims, barely. For this week anyway.

Time for a special note: I’d like to thank Jay and Razzball for the opportunity to write for this site. It’s been fun. Jay is a great person to write for.

[Jay’s Note: It’s writers like you Lance, and all my other contributors, that make this site what it is. Thanks for all the great work!]