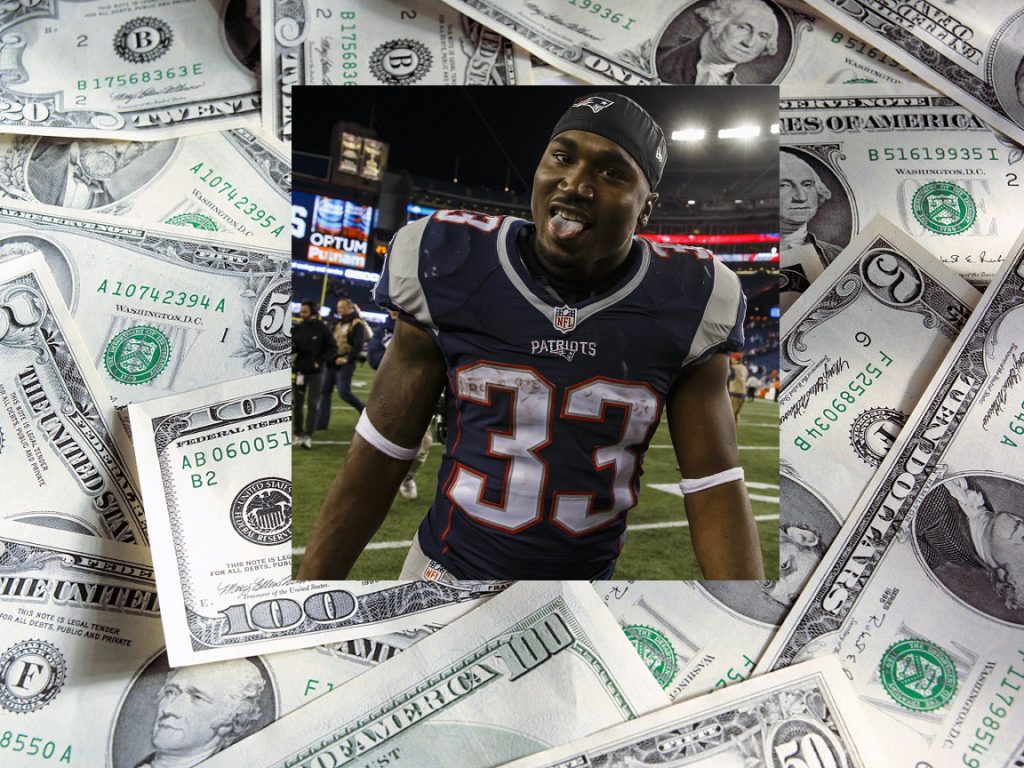 Your fantasy football team is a disaster. I know with these waiver wire recommendations we will make your team great again. These players are winners. With the help of these players your team will be winning again. I know the best players in the world. I know the good ones, I know the bad ones, I know the overrated ones. The San Francisco 49ers running back situation is a disaster. Carlos Hyde suffered a shoulder injury. Mike Davis is his replacement. Dion Lewis could return to practice this week. Don’t know what to do? Here’s advice from somebody with a very good brain that’s said a lot of things…

The arrangement is a little bit different this week because of the need to highlight some amazing quotes from an amazing person (sarcasm alert). So I basically have my favorite players first, even if they aren’t available in 12-team leagues. Also keep in mind that if some of the shallow league players are available in deeper leagues, pay more for them in those deeper leagues. Because there are not as many good players to choose from in deep leagues.

Dion Lewis ($3, in 10-team, because he can probably be still had cheap, but he’s my favorite player still available, in part because of how cheaply he can be had) – It’s like, take the New England Patriots with a healthy Dion Lewis and Tom Brady and have them play your high school football team. That’s the difference between your fantasy football team with and without Dion Lewis. There will be so much winning with Dion Lewis that you may get bored with winning. Believe me. Look at Dion Lewis’ 2015 fantasy point weekly game log: 12.0, 17.8, 12.7, 15.3, 3.9, 0.0, 17.2, 5.3. He didn’t play in the game in which he didn’t score any points and in the two other low scoring games he was injured (playing through an injury in the first, leaving with a season ending injury in the second). There’s many running backs that are very good when healthy but have injury worries. Count Dion Lewis among the best in that category. There are questions of how effective he will be coming off the ACL injury. I’ll admit he’s somewhat difficult to own in 10-team leagues where there are a lot of interesting players out there. But I own him in one league I’m absolutely dominating in, with the hope he can show good signs by week 10-11. But I may not have the patience to hold onto him.

Jay Ajayi ($18, in 10-team) – Arian Foster is not a fantasy football hero. He’s a fantasy football hero because he was injured.. I like people that weren’t injured, okay. When was the last time you saw Arian Foster producing on the football field. Free agency can be wonderful if you have smart people. But the Miami Dolphins have front office people that are stupid. For weeks the Miami Dolphins running back situation has been a disaster. The question with Jay Ajayi was “Is he running? Is he not running?” Jay Ajayi is officially running.

Hunter Henry ($8, in 10 team) – I like a player that has had this much winning in the NFL. There will be so much more winning. The San Diego Chargers have some very, very, injured people.

Mike Davis ($5, 12-team) – Chip Kelly is not a winner. Carlos Hyde is a winner. I want winners. Shaun Draughn is definitely not a winner, he was Carlos Hyde’s apprentice. Chip Kelly looked him right in his face and told him “you’re fired”. He lost his job as an NFL backup and fantasy football handcuff to Mike Davis. When the 49ers sends their running back, they’re not sending their best. They’re not sending Hyde. They’re not sending Carlos Hyde. They’re sending people that have lots of problems and they’re bringing those fantasy football problems with us. This is a fluid situation but right now Mike Davis is my recommendation to you.

Others… Cameron Meredith ($16, he was a $6 recommendation last week so that’s some pretty good inflation!), Chris Ivory ($4, had a bigger role than Yeldon last week) Jack Doyle ($3, Dwayne Allen is injured), Dwayne Washington and Zach Zenner ($2 or so each, Zach Zenner if desperate, Washington more of a stash), Ladarius Green ($1, still just a stash right now, especially with Roethlisberger injured).

Now an unrelated note: Jay was kind enough this morning to allow me to include a link to my friend’s “YouCaring” crowdfunding page. My friend Alan, who I’ve played fantasy baseball with for years, has two young girls that have Cerebral Palsy. The special needs and therapies the children are undergoing costs a lot of money so they are asking for donations to help them pay for it. They have collected about 25% of their $17,000 goal. Here’s the link, where you can read more and donate. A $5 donation seems like an appropriate amount. I helped you when I told you to draft LeSean McCoy and Christine Michael, now if you want to you can return the favor. Thank you very much.