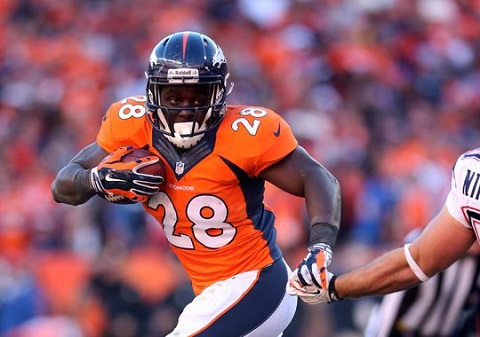 Before I tell you why he’s overrated, I should preface this by saying that I think he’s a very talented back, and has the potential to fill a RB1 role on any fantasy team. But as of this moment, the price tag appears to be a top-15, and in some cases, a top-10 overall draft selection. We’re talking about a back, even with the impressive YPG numbers mentioned above, that has 120 carries and 559 yards as his only body of work in the National Football League. Add to that; he didn’t help himself with three fumbles in those 120 carries, also combined with his suspect pass protection. To be fair, these issues seemed to be improved upon as the season progressed, but for a veteran-friendly coach like John Fox, there would be zero hesitation in ceding carries to C.J. Anderson and company if these problems rear their head again. Why they’ve actually manifested a head is anyone’s guess and sounds like the beginning of a strange horror movie. Or one hell of a digression.

Yes, he’s probably a good player who is part of a really good offense, and that should be reason enough to want him on your team. I’m not going to argue that. But the same things I said about why Tre Mason was overrated rings true here as well. Ball control and pass protection, while not really things fantasy football attributes points to, are an integral part of a running back’s game, and those who have shown weakness in these areas early in their careers, no matter the promise, always gives me pause. Let’s not forget about Ryan Mathews, who also had these same issues, and it took him three seasons to emerge into last year’s career breakout. It may be an apples/oranges comparison because of the injuries Mathews suffered, probably slowing his development, but it can’t be denied that there were specific game-plan decisions from 2010-2012 based on his weaknesses. And I’m sure there was a fruit basket involved somewhere. Needs more mango if you ask me. And may I add that these years also led to the amazing discovery that Ronnie Brown was actually still alive. Who knew?

Montee Ball is eminently draftable… but in the 1st or 2nd round? No, I don’t think there’s enough body of work to justify that, not to mention the risk I’ve mentioned. 3rd round? Yeah, that feels right to me, but no one is going to be able to land him at that price, which makes him dun-dun-DUUUN!… overrated. TITLE TIE-IN ALERT: CONDITION AWESOME!