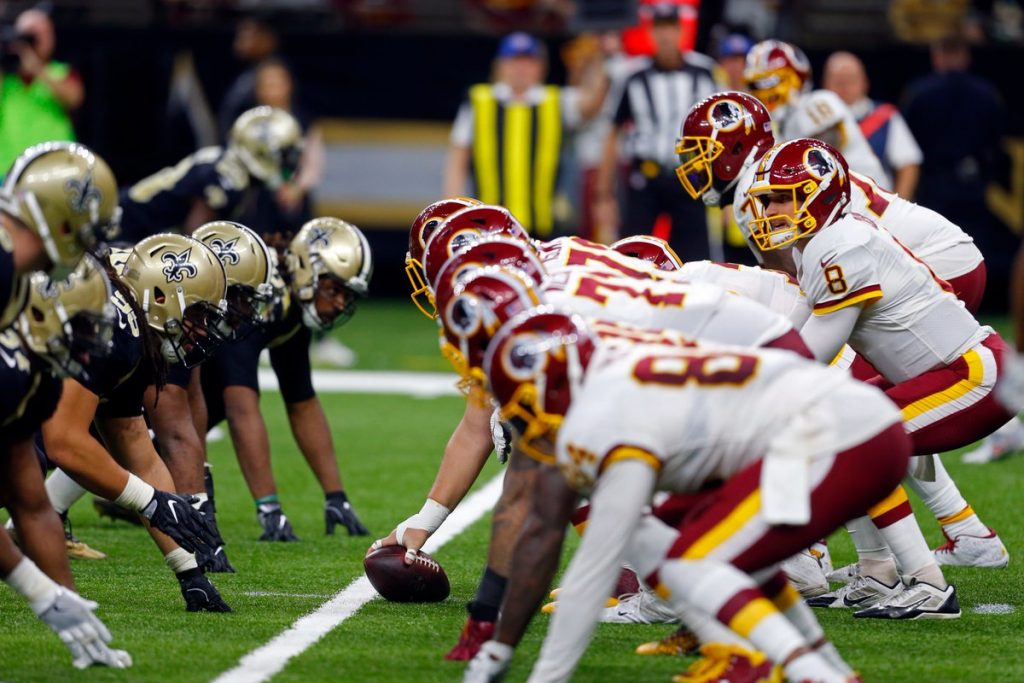 What’s going on everybody, and welcome to Wednesday, another rankings day here at Razzball. We are one day away from Thanksgiving, so I hope all of our awesome readers out there are having a happy and healthy holiday season to this point, and a great Thanksgiving tomorrow!

Week 12 is always a special one as we have 3 Thursday games on Turkey Day, then our normal Sunday and Monday slate. We are also past bye weeks, which is always something to celebrate, so let’s jump right into it.

*Note*: All projections are based off of standard-scoring points, with the ranking given as the Pigskinonator ranking, not my personal rank.

My biggest concern with Cousins over the past couple of weeks was his lack of an offensive line, but it doesn’t seem to have really impacted his production (Or his lack of receivers as well. Seriously, who the hell is Jeremy Sprinkle?), as he’s posted some excellent numbers over the past few weeks, including against the tough Saints secondary. Now he faces a Giants team at home that really should have gotten blown to bits against the Chiefs, but now it’s time for Cousins to shine on Thursday night.

If you need a streaming option this week, Dalton is your man. In Week 4 earlier this season on the road in Cleveland, Dalton torched this secondary for 286 yards and 4 TD’s. Now he is home in Cincinnati in a prime spot in Week 12.

As home favorites against a pretty bad Bucs defense, this is a great spot for Coleman, especially if Devonta Freeman is out another week. Tampa Bay is a week removed from allowing Damien Williams to rush for 7.8 yards per carry in this game. Coleman is a safe bet this week as once again, we target this Bucs defense.

Well, this Redskins backfield is now Perine’s to lose. Rob Kelley was put on IR earlier last week, and Chris Thompson was carted off the field on Sunday, so now the running game falls on the shoulders of Perine and Byron Marshall. Perine should be the bellcow for Washington, and goes against a Giants defense at home that really shouldn’t have done that well against Kareem Hunt and the Chiefs offense. Perine is a must-start now due to his volume and matchup on Thanksgiving night.

Juju disappointed many last week with a subpar performance against a bad Titans secondary, but now has the chance to have a very nice bounceback game against the lackluster Green Bay Packers secondary at home. This is shaping up to be a good week for the Steelers passing attack, and Juju should benefit from it.

Obviously, this all depends on the status of Jordan Reed in this matchup, but if he isn’t going to go, you have to love Davis in this matchup. Again, like I’ve said numerous times in this article, don’t overreact to the Giants defense after a disappointing week from Kansas City. They should have done better, and Washington will do better. This is a dream matchup for any TE.

Sure, the matchup against the Patriots was worse than on paper, but I’m not really high on this offense, and while Denver as a whole hasn’t looked very good at all these past few weeks, I think their defense is still pretty good, especially in the secondary. Carr should do a bit better than in his previous matchup against Denver as he is now at home in Oakland, but I still am not going to start him.

Somehow, someway, Lamar Miller has found a way to be productive over the past few weeks. And while some may argue that he should be an automatic start based off of volume with D’Onta Foreman being ruled out for the rest of the year, I think you can sit him this week against a stout Baltimore defense.

I’ll group these three together but I think it’s pretty obvious you would want to find other options against the Jacksonville and Denver secondaries.

Alright guys, that’s my time for today. Be sure to hit me up in the comment sections if you have questions, comments or concerns. Have a safe, happy and healthy Thanksgiving everyone, and I will talk to you guys next week!