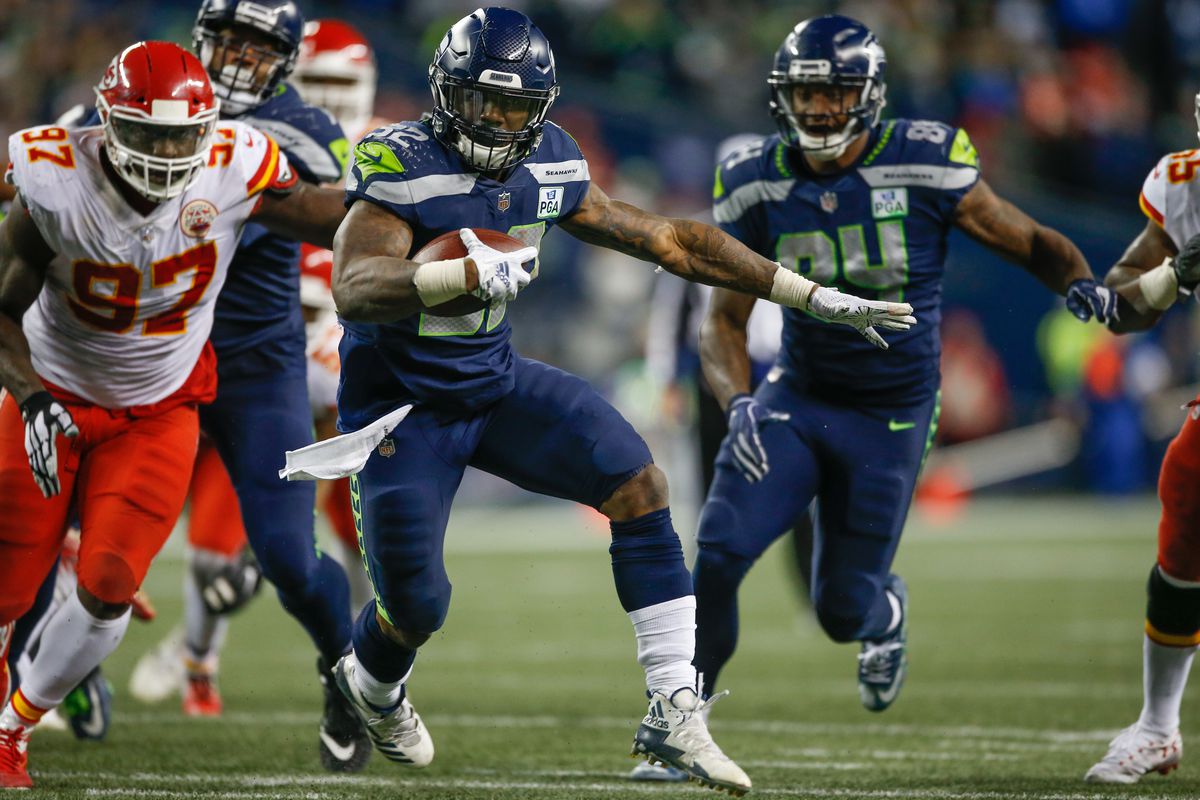 If you missed the special announcement a little while back, we have officially launched our 2019 Razzball Commenter Leagues on Fantrax, with the Top 10 overall finishers in the RCL’s getting a spot booked in the 2020 Razzbowl! It’s quite the prize, and I can’t wait to see how the year shakes out. Lots of spots are still open to play against some of our staff writers. Be sure to sign up for a league as soon as possible

Today will be the final post in a series I started two weeks ago, which will be to take a look at the ADP rankings provided by Fantrax (which is gathered by their own site-hosted drafts), and compare that to our own 2019  projections provided by our stat guru/oracle/wizard Rudy Gamble, to identify which players to target, and which to stay away from. Simply put, which players are we high on compared to Fantrax? Which players are we lower on?

Today, we’ll be taking a look at some Running Backs that have some disparity between our own site projections and Fantrax’s ADP.

Heading into last season, a lot of fantasy writers, including myself, believed that Carson would lose the leading job in Seattle to rookie Rashaad Penny. But, that never happened. Carson finished last year as the #18 back in PPR, and racked up 1,314 all-purpose yards and 9 TD’s on 267 touches. With Mike Davis and his 146 touches now in Chicago, there is plenty of room for Penny’s role to grow without affecting Carson’s workload as well. The Seahawks offense is one of the most run-heavy offenses in the league, and with a continually improving offensive line, Carson has another top-20 finish on the horizon. We’ve seen some pretty rave reviews from his performances in the preseason and training camp thus far, and while his ADP is bound to rise, a 5th-round price tag on Fantrax is a bit of a steal, with our projections have him just outside of the top-12.

It was all sunshine and rainbows until Week 15 of the 2018 season, in which Todd Gurley (or “God Turley” as some people will like to point out) hurt his knee, missed the last two games of the regular season, and didn’t look like his usual self in the Rams’ playoff run. While C.J. Anderson is no longer on the team, the Rams traded up in the draft for Darrell Henderson, which doesn’t bode too well for Gurley. After an eventful offseason, the big takeaway here is that while his workload will be scaled back, and we won’t see a bell-cow Gurley anymore,. Not too mention the fact that he’s likely to miss a game or two even if he avoids major injuries. I don’t believe he should be drafted this highly in the 2nd round. However, as pointed out by Rudy’s projections, he’s still a Top-20 back, and should still be productive in fantasy this season. As an owner, you just have to ask yourself, is he worth the risk?

Jones will head into 2019 with a definitive roles in the Green Bay offense, something he didn’t have for a majority of last season. In the final eight games of the season, Jones finished with 540 rushing yards and 7 TD’s. Jones should easily get to 200 carries this season, which boosts his floor and ceiling for this season. Going in the late 3rd-round, there is a lot to love here as a first or second RB, depending on how you attack the early rounds. Rudy’s projections have him as a Top-10 RB this season, and I’m here for it. All the way.

First things first, it’s a very crowded backfield in New England. James White will always have his role carved out in the passing game, but Michel will still have to compete with Rex Burkhead, and Damien Harris (assuming he’s at full health at the start of the season). While there is a bit of a concern about his knee, it seems like all is well to start the year. At the start of the summer, Michel was an easy fade in the fourth round, with unknown concerns about his volume work. But recent reports out of New England suggest that Damien Harris might not get many reps to start the year. While that can change, I think it’s safe to say that Michel will be the RB1 in New England to start the year. And, even better, his ADP has slipped to the late 6th round. He’s a great buy at his current price.