Greetings! What up doe!? It is I, Beddict, returning to your warm embrace after another successful lock of the week call. Imagine how much dough I’d have if I bet my entire Razzball salary on each of my locks and kept letting it ride! Enough money to get my mom out the hood, with enough left over for a state of the art, chicken coop, for my loving Beatrice. This week, I’m going all in. Join me or sit back from afar, either laughing at my demise or throwing rose petals on the ground, I walk as the Elder God blessed grand champion of gambling ATS. Have you witnessed the ESPN dude’s record this year, or last year for that matter? Yeeesh! I’m already 0-1 this week after foolishly putting my faith in the Bills, but let’s not dwell on the past by talking about how disgraceful the Bills offense was, or even how Ryan Tannehill ended my fantasy life by missing Mike Wallace on two HUGE plays. Seriously, Tannehill is gutter trash when it comes to throwing the football deep. It sickens me to levels beyond human comprehension… but as I said, let’s not dwell on the past…WHYYYYYYYYYYYYY?!!?!? F*CKING WHY!?!?!?!?!?

Lock of the Week: Philly @ Green Bay (-6) – If Mark Sanchize pulls of this upset, I will resign from Betting With Beddict, French kiss Sky, and show the whole world my c*ck (not the first time). Philly will have to run for over 200 yards to keep this game close. I expect a pile-driving of the likes we haven’t witnessed since Asa Akira was greased up by the legendary Johnny Sins. Witness!

Houston @ Cleveland (-3.5) – Trusting the Cleveland Browns to achieve a home victory over a struggling team, throwing out a QB who’s making his first career start, and whom is also missing their star running back is like trusting that Lindsay Lohan will get her life in order. You know, stop doing copious amounts of blow and getting ass-blasted by any and every actor/rich dude willing to take the risk of contracting an STD to say he smashed that beazle from Mean Girls. 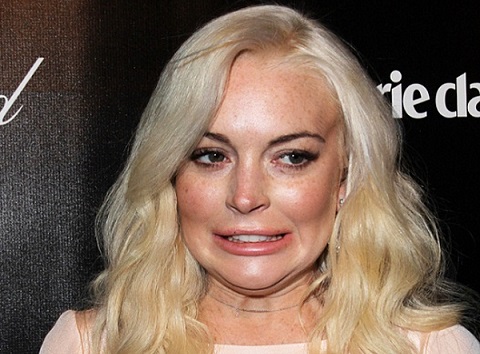 Long story short, I refuse to believe in Brian Hoyer. But this is a game the Browns should absolutely win on their home field, possibly by double digits. Cleveland has arguably the best secondary in the league this year, not the most advantageous circumstances for Mallet, who, again, is making his first career start.

Minnesota @ Chicago (-3) – The Elder Gods would personally have to show up at my front door, in their human forms of course, and somehow prove to me that Jay Cutler isn’t a more extreme waste of talent than Luke Perry, and then send Sarah Michelle-Gellar AND Jennifer Love-Hewitt over to fulfill all my I Know What You Did Last Summer fantasies that have refused to exit my thought process throughout the past… Jesus, how long ago did that movie come out? I can’t be this old… was I saying something about the game? Oh yes, as I was saying, the Elder Gods would have to do all those things for me to even consider betting on this game. But if you’re going to put an X-ACTO knife to my ball sack, I’ll take Da Bears, where everyone in the organization is playing/coaching/GM’ing for their job.

Seattle (+1.5) @ Kansas City – After the Hawks secured my lock of the week against the Giants, I’m getting back on the bandwagon. Kansas City doesn’t even have Donnie Avery or A.J. Jenkins! No, those aren’t the names of members of the Backstreet Boys, those are actual NFL receivers. A man nobody knows, Frankie Hammond, will be starting opposite of Bowe, and will no doubt be getting locked up like Jeremy or Jason London on a Saturday night. Everyone’s picking the Chiefs… don’t believe the hype.

Atlanta (-1) @ Carolina – Last week, on Monday Night Football, the Panthers had the look of one of the most pathetic squads in the entire sport. Newton is hurt and the weapons are a joke. P.S. – This is the Falcons last chance to stay in contention for the division and I believe they answer the call.

Cincy @ New Orleans (-7.5) – I used to believe Andy Dalton could put the Bengals on his back and make a Super Bowl run. Instead, Dalton is the one who’s been put on his back, naked, with his ankles behind his shoulder blades as opposing defenses take their turns… I should stop. New Orleans wins by 10.

Tampa Bay (+7.5) @ Washington – I’m starting RG3 in multiple leagues this week, so obviously I’m hoping for the kind of shootout I’d imagine happening if a blacked out Doc Holliday ran into a meth’d out Rambo. With Washington’s secondary getting burned and beaten more often than Karrine Steffans (AKA Superhead)’ va-jay-jay, I like both Vincent Jackson and Mike Evans to have outstanding performances.

Denver (-10) @ St. Louis – Whadddaya know, your Uncle Beddict was correct in saying Austin Davis was a bum, as he’s now been replaced by the legendary Shaun Hill. The Rams’ pass rush has been coming quicker than a 14-year-old Beddict, losing his virginity. But guess what? Peyton comes quicker…. errr, I mean, Peyton gets the balls out quicker than the Rams will be able to reach him, meaning no money-shots by the Rams on Sunday, unless there’s a flag involved.

San Fran (-4.5) @ New York Giants – Have you witnessed the Giants play football the past two weeks? Did you witness the Niners pulling out a must win game as soon as everyone stopped believing in them? Easy call here.

Oakland (+10.5) @ San Diego – Not feeling this game whatsoever, as the Raiders were just pig roasted and San Diego has been horrid, but is coming off the bye week. Jay probably couldn’t sleep all week, wondering if the Raiders will put the nail in the Chargers coffin, ending their season. [Jay’s Note: LOL.]

Detroit @ Arizona (Pick Em) – Let’s be clear: This game could go either way and there’s no way I’d actually bet on it… What am I talking about? I’d bet on high school badminton, if that’s all there was. I’m not a Jim Caldwell disciple in any shape or form, nor do I believe the Lions deserved to win all of the squeakers they’ve somehow pulled out. The Cardinals just find ways to win and I believe they’ll do it again this Sunday.

New England (+3) @ Indy – Changed my pick at the last minute after envisioning Belichick game planning for the past two weeks and Brady hate-sexing Giselle, imagining she was the reporters who are saying how much better Luck is than him. Another game I wouldn’t touch, but I’ll take the points here, guys/gals.

And there you have it. All comments and questions, whether you’re competing with me ATS, talking fantasy, or informing me how much I suck at life, will be answered in a timely fashion. To get in-depth game live game analysis ( You could call it that….) follow me on Twitter at @Tehol143. Enjoy your weekend and may the Elder Gods be with you.