Welcome to the first official installment of Betting With Beddict. Exciting, I know. Last week, I included my picks for the week and was obliterated, going 5-11. Since it wasn’t an official BWB post, we shouldn’t count it. Am I right or am I right? Or am I right? Obviously, I don’t, or wouldn’t bet on each and every single game, as that’s for the rich and stupid. Beddict is in the stay-rich business, and what hurts the most is that the three teams I believed in most of all totally let me down. I believed Seattle [Jay’s Note: LOL], San Fran, and Miami to be full on locks, and was quickly humbled like Ray Rice when thousands of fans lined up to return their Rice jerseys on Friday… or like Christian Slater when he tries to go straight into nightclubs through the VIP line and gets choke slammed and left convulsing on the concrete. Sports gambling is a roller coaster, and if you’re truly taking it seriously, you can’t do what I did a few years ago and just starting betting on every single sporting event that’s going to be on TV. Don’t go there, trust me. I ended up in small village in Nicaragua, sucking the toes and taint of a drug lord’s wife, only so he’d spare my life. After completing my 3 year bid of red eye punching, I returned to the states and usually only picked a few games to throw down on, but you’ll get my take on every game and hopefully it helps you out in some way shape or form. As a bonus, my posts are extremely entertaining (debatable), so at the very least, you’re getting an extra serving of Beddict, and that’s nothing to turn your nose up at. 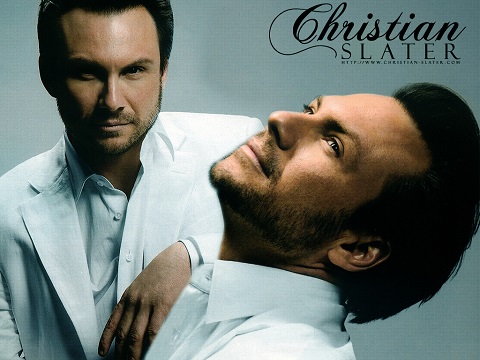 Thursday pick: Atlanta (-6) over Tampa Bay – See, it’s that simple. I just won all my money back from last week and my bookie can stop attempting to beat down my door with an aluminum baseball bat that he so desperately craves to cave in my cranium with. Or was that my drug dealer? Anyway, you get the idea. I’m assuming these posts won’t drum up a ton of conversation, as this is a fantasy site after all, but hey, maybe you’ll really get in the spirit. Like, become addicted….Okay, maybe this was terrible idea. 16-0 for the week is still in play. Let’s do this.

San Diego @ Buffalo (-2.5) – The Chargers always do this, don’t they? By this, I mean win a big game, raise everybody’s expectations to the point we believe they’re true contenders, and then they flop like another Aliens Vs Predator reboot. That magic you’re witnessing in Buffalo recently? That’s realer than real deal Holyfield and Imma let you bookies and bros know just how I feel. The Bills defense is all the way real, beginning with Kyle Williams, the most underrated D lineman in football, maybe in NFL history. I’m serious, he’s that great. It’s quite possible the Bills have the most athletic duo at corner in the entire league, and rookie linebacker Preston Brown is doing a fine job of filling in for last season’s rookie sensation Kiko Alonzo. And lastly, I desperately need E.J. Manuel to become a Hall of Fame QB, putting his Fantex stock through the roof, making it so that I never have to work again. Right now I’d settle for him not getting benched. Buffalo squeaks this one kids…..Should I not say “kids.” It totally creeps me out when, Peter King, refers to his readers as, “kiddies,” during his posts on MMQB. Is it the term kiddies, or is it the fact that some old dude is saying it? I can’t decide. Moving on……

Dallas (-1.5) @ St. Louis – Dudes/Dudettes, I was all in on Dallas, but once I heard my main man, Rolando McClain, might miss the contest, I started to waiver a tad. The Cowboys defense has been far superior to than what was universally expected and this man, in my opinion, is one of the foremost reasons as to why. This one could go either way, but the Cowboys have been excellent running the ball with St. Louis being abysmal agains the run. Good enough for me. America’s team, by 7!

Washington @ Philadelphia (-6) – Part of me says the Washington Football Team will come out and win a shootout with the immortal Kirk Cousins at QB, and the Eagles former showpiece DeSean Jackson coming back to destroy the man who found him expendable, Chip Kelly. But if the Washington Football Team is without Jackson (he’s questionable) as they are already without one of my fantasy faves, Jordan Reed, then they will lack the firepower to keep up with Philly. Foles might drop 40, then watch Fresh Prince reruns on his iPad for the 4th quarter, following it all with a cheesesteak and servicing at least four of his ravenous groupies. Don’t call him Napoleon Dynamite, this dude slays it.

Houston @ New York Giants (+1.5) – I refuse to bet on Ryan Fitzpatrick on the road. They blew the backs out the Raiders last weekend, but I’m guessing that Coughlin somehow gets these unlovable losers in gear. Hey Cruz, would it kill you to excert some energy out there on the field? My respect level for you is going down the drain, much like my chest hair when one of my women shaves me during my nightly bubble baths. This Texans team is getting exposed at some point. I say it’s this week. #MoneylineOpportunity

Minnesota @ New Orleans (-10.5) – There’s no two ways about this; There’s a storm coming, and anytime there’s a storm inside a dome, it’s not a good thing. Due to AP’s insistence on divvying out corporal punishment on small children, Matt Cassel’s ineptitude at QB, combined with the anger and desperation the Saints feel after their 0-2 start, there’s no way this game doesn’t end in an absolute blowout. It could be 14 and I’d still take Saints.

Tennessee @ Cincinnatti (-7) – Have the Bengals surpassed MY Seattle Seahawks as the finest defense in the NFL? Some have said it is so…..Those people are morons but they’re very talented nonetheless. If Jake Locker looked horrific against a pathetic Cowboy’s secondary, what will he look like throwing against the deepest group of corners in the NFL? My guess is; Not good.

Baltimore (-2) @ Cleveland – I just loved the way Baltimore was flying around against the Steelers last week and feel like they have the superior team and the veterans to squeak out a field goal victory on the road. With Rice back from his two game suspension the running game should be……Errrr, uhhhhh. Yeah, Ravens will take this one and I say Torrey Smith gets at least one bomb.

Green Bay (+2) @Detroit – I like Green Bay to find a way to get this done, though I believe Detroit actually has a better overall team. But it’s hard for me trust a team that hasn’t won a playoff game in 342 years. This should be extremely high scoring game. If Detroit focuses on run game they could be hard to defeat. Unfortunately for them, they never seem to do the correct thing. Pack Pack Pack.

Indianapolis (-7) @ Jacksonville – I will never bet on a team that has Chad Henne as it’s starting quarterback AND a white running back. One or the other, maybe, but not both. Sound logic? I apologize for these short explanations but Jay(Wrong) has a long weekend of boozing and viewing Bobby Flay videos, so we mustn’t hold him up. It’s Jacksonville. Come on, they have the least amount of talent in the NFL, and it’s not even close. And yes, I’m counting the Raiders.

Oakland @ New England (-14) – Oakland hasn’t shown the ability to do much of anything and being that Fitzy lit them up in their house last week, I’d say it’s gonna be a little bit of challenge pulling off the stunner in New England. I don’t mean stunner, like Oakland winning the game, I mean it would be an absolute stunner in my eyes if Oakland stays within 3 touchdowns. They are awful and the running game is one of the biggest tragedies since Godzilla with Matthew Broderick. Blow out city, baaaabyyyyy. Shout out to Dickie V!

San Fran @ Arizona (+3) – This is one of most difficult calls of the weekend, as this game could end up being like, 9-6. With Drew Stanton starting at QB, I honestly have no clue what we’re gonna get. If I’m Bruce Arians (I’m much better looking), I’m doing all I can to grind this one out and hope Ellington makes a big play in the running game or on a short pass, and just wait for Kaepernick to give the game away as he’s been known to do every now and then. Not having Vernon Davis will be a serious issue for San Francisco. A very serious one at that. Fight Cardinals, Fight!

Denver @ Seattle (-5) – Did you guys/gals catch last year’s Super Bowl? Yea, well I was there. Nothing to explain here. Easy call.

Kansas City @ Miami (-4) – I hate betting on Miami, especially after they grabbed their ankles and braced themselves this past week in Buffalo. Buuuuut, Mike Wallace should be able to get deep once or twice and though I like Knile Davis, quite a bit, he’s not Jamaal Charles. I’d stay away on this one tho, folks.

Pittsburgh @ Carolina (-3.5) – Another game I’d probably either buy to 3 points or totally stay away from. Pittsburgh’s defense looks so atrocious to me. Like, I can’t even comprehend it. The front three have played like total gorilla excrement and frankly, it’s difficult to watch. Carolina should grind this one out with a punishing ground game. Jonathan Stewart will be a nice fantasy play this week if Williams misses another week.

Chicago (+2.5) @ New York Jets – After witnessing their comeback against the Niners last week, there’s nothing these Bears cannot achieve. No, they can’t get you laid by supermodels or maybe anybody for that matter, but Brandon Marshall and Alshon Jeffery should bring destruction and mayhem to the Jets secondary which is honest to the Elder Gods, the most putrid defensive backfield I’ve ever witnessed. Moneyline it, if ya got the stones.

Wasn’t that enlightening? Make sure you check in with me every week to see how I’m doing and feel free to compete with me if you want and if whoever has the best winning percentage wins a Razzball T-shirt. For up to the second betting advice and constant hilarity, follow me on Twitter @Tehol143. Together, we can accomplish any feat. Good bye and good luck. Beddict, out.