It’s adorable that Eli thinks if he grows a beard, it’ll help with his perpetual eight-year-old looking face. You have to be at least 14 to do that…

[Puts hands on hips every single time my team screws up, since I had nothing to do with it. And everyone around me doesn’t measure up to my exacting standards that I haven’t somehow been able to communicate to the team over the last umpteen years, mainly because of them. Totally.] -Tom Coughlin. And thus ends the Giants season, (most likely), but don’t worry, the dream still remains alive that the NFC East division (which I also sometimes call Derpville, Population: NFC EAST), won’t have a team that will finish above .500. All that stands in the way is competence from Washington. Haha, we all know what that means. Also, Cam Newton threw another set of about 20 or so touchdowns in the first half and finished the game with 5,258. While that’s partly the Giants being the Giants, it’s hard to deny that Newton has had a MVP-caliber season on a team that’s expected to go far into the playoffs. It’ll be interesting to see how the actual vote settles, with Tom Brady doing Tom Brady-like things and other, whiter players in the mix. I’m sure we can depend on the complete objectivity and unquestionable ethics of all the sports writers to come through. And since the award will be based on the merits, the MVP will probably go to… Peyton Manning.

Kamar Aiken – 8 REC, 128 YDS, 1 TD. What in God’s name are the Ravens wearing? To me, it appears they are really embracing the idea of resignation.

Cameron Artis-Payne – 14 CAR, 59 YDS and 2 REC, 34 YDS. Did you know what Mr. T’s prediction for the Panthers vs. Giants game was?: “ARTIS-PAYYYYYYYYYYYYYNE”. 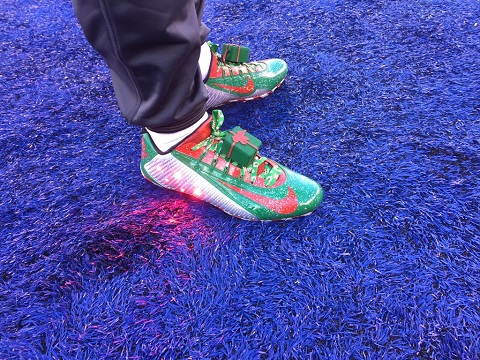 Odell Beckham Jr. – 6 REC, 76 YDS, 1 TD. While I would normally question the choice of footwear here, I find myself unable to say anything negative about OBJ, therefore, I will allow it.

Matt Forte – 8 CAR, 47 YDS and 6 REC, 57 YDS, 1 TD. I’m so glad I only half-paid attention to the Bears’ gradual descent into NFC East-level badness. And you know what’s up when I throw down the dreaded “NFC East” label…

Ronnie Hillman – 14 CAR, 48 YDS. Not content with simply leaving Emmanuel Sanders (10 REC, 181 YDS, 1 TD) open all day, the Steelers’ defense decided to give the Broncos’ running game a try. They’re equal opportunity defenders ya know, but alas, it wasn’t meant to be for poor Ronnie Hillman. That kinda says a lot about Hillman when you think about it.

Rashad Jennings – 16 CAR, 107 YDS, 1 TD. I’m gonna level with you Jennings, I don’t like the Giants chances of winning the division right now, so I’m not sure what you’re doing having a game like this. 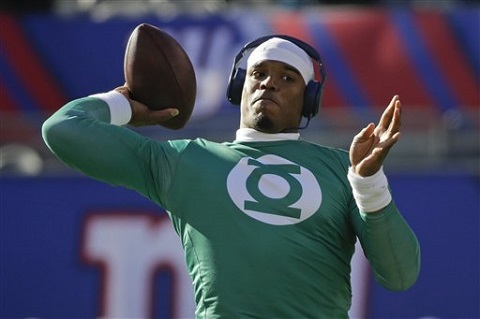 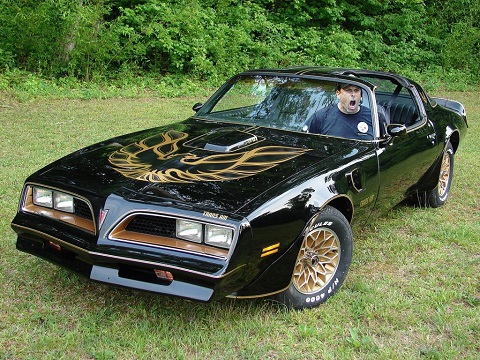 Demaryius Thomas – 5 REC, 61 YDS, 2 TD. Pittsburgh’s strategy of tiring Denver out by letting them do whatever they wanted did not exactly work out.