Greetings! Tis I, Beddict, the Godfather of sexual mischief and fantasy football knowledge alike, here to continue this storied tradition that we here at Razzball refer to as, Disgrace/Delight. We’re on a word count this week so we better get right to it. I will continue to cover film and television but we had too much football and not enough space this week and for that, I apologize. Okay, let’s get on with it then! Take Heed!

Le’Veon Bell – Quick, name me a running back in the NFL superior to Le’Veon Bell. I’ll make this extremely simple for you, there isn’t one. Charles is injured, McCoy isn’t himself, Ray Rice is the new age Ike Turner, Adrian Peterson is stuffing leaves in his kids’ mouths while he beats the brakes off of ’em… so you tell me who’d you rather have. Much like a young buck frolicking through the forest come spring time, Bell is beautiful sight on Sundays (and sometimes Thursdays or Mondays). Don’t be surprised when he leads the NFL in rushing.

Knile Davis – Who needs Jamaal Charles? I’m sure those of us who selected Adrian Peterson ahead of him would gladly take this dude, though I could be mistaken. The man has gotten the job done each time he’s been called upon, and the Chiefs should consider themselves lucky to have one of the best backups in football… However, Davis still hasn’t left his fumbling problems in the past, as he dropped 2 and lost 1 in last week’s impressive win at Miami. Andy Reid isn’t Tom Coughlin, so you won’t have to worry about Davis never seeing the field again. If Charles misses any more time throughout the season, Davis is a must start.

Lamar Miller – I’m the biggest Miller supporter by any means, but he was exceptional in showing he could carry the load during Miami’s loss to Kansas City. One would have assumed he should have received more carries. One would also assume Ryan Tannehill blows Orca D. You’d be correct on both accounts. Start Miller with confidence going forward, that is, until Moreno comes back.

Rashad Jennings – That’s right Houston! Suck on this a one time! I’ve been patiently waiting for Houston to get exposed, and was so confident it would happen, that I bet my chicken, Beatrice, against a QP of sour diesel on the Giants straight up last weekend. You can see all my picks on my Saturday posts, Betting With Beddict. Not much to say here, other than Jennings doing what we expected of him thus far this season. He’s obviously not going to go for 170 every week, but the man is consistent and I’ll take consistency over boom or bust every single time… except when it comes to my thong collection. Variety is needed, or Beddict’s women get bored. Ladies, I’ll be on Tinder all month, as they’re considering becoming my new sponsor. I’m also on backpage.com.

Brian Quick – Brian is Quick-ly becoming the Rams number one wide out… get it? Anyway, this young man has seemingly figured things in what is Quick-ly becoming the breakout season they hoped for when the Rams took him in the 2nd round out of Appalachian State a few years back. Remember Tavon Austin? I hardly do, and he’s been Quick-ly forgotten by St. Louis fans and fantasy owners alike. Okay, I’ll stop. That was horrible.

Martellus Bennett – It seems like eons ago that Dallas drafted Bennett in the 2nd round out of Texas A&M. It’s hard to believe this man-beast is only 27 years of age, but ’tis true, and he’s just now hitting his stride. His quotes before and after the Monday Night Game were absolute gems, but I’ll never forget when in 2012 he said, “I’m kind of like a black unicorn”, as truer words have never been spoken. With Marshall looking hobbled, I’d expect Bennett to receive even more targets, and he’s legitimately a top-5 tight end, talent wise, so the upside is larger than Luke Perry’s ego. Stick him in there.

Kirk Cousins – Captain Kirk, commander of the Washington Football Team, is quickly ending RG3’s hopes of ever having fantasy relevance again. If Cousins continues to perform this way, Washington will have traded away 3 first round picks… for nothing. It huuuuuurts. 400 plus yards and 3 Tubs? Yes, please. Put me down for 2, in case I want seconds (sprays Binaca). Cousins looks good, he truly does. With the offensive weapons Washington employs, Cousins must be owned in all formats.

DeSean Jackson – That 83 yard bomb would have felt much better if it wasn’t on my head, dropping my Adrian Peterson led fantasy team to an 0-3 beginning. With the aforementioned Cousins at the helm, like my idol, the Colonel Master P used to say: “ There ain’t NO Limit to this sh*t!” D-Jax stayed TRUE to the game, and delivered a gem when his owners needed him most. For that, I respect him. Unhhhhhhhhhhhhhhh!

Chris Johnson – C2K-ancer sore is the NFL version of Hope Solo’s nether regions. By that, I mean that he’s been ravaged and abused throughout an incalculable number of collisions leaving nothing left, but a gaping, flappy, hideous hole… in his sole. [Jay’s Note: Or did you mean soul there? I have no idea.] What are we talking about again? Chris Ivory is the superior back, and it’s not even open for debate. With a 3.5 YPC and season long run of 11 yards, Johnson should be out of the NFL after this season. It’s time, Chris. It’s time.

Antonio Gates – Now, that’s how you follow up a legendary performance against arguably the greatest secondary of all time (technically a lot of linebacker coverage as well). ONE target? 8 measly yards? A week ago I would have tattooed Gates across my chest… now I might permanently needle it into my chode. Only the Elder Gods know why Chargers offensive coordinator, Frank Reich, and Phillip Rivers did this to us, but I will have my answers. I WILL HAVE MY ANSWERS!! Hey, kudos to Reich though, for this Chargers team is the most surprising NFL team in my opinion. They look great and I despise them for it.

Keenan Allen– Fantasy wise, this ball control offense has turned out to be a horrible thing for the Chargers skill players. When you’re going on slow, BORING drives in the manner they do, and you hold a lead the way they have, there are only so many opportunities to be had here. Keenan Allen was an absolute star nearing the end of last season, and many believed him to be on the cusp of an All-Pro type season… Then the first 3 games of the season happened and Allen has metamorphosed from a young Kathleen Turner into Kathleen Turner, present day. Luckily for us, Allen is only 22 years young, so he’s got at least 5 more seasons to deliver us a Serial Mom type comeback performance that will stick to our minds like sweaty ass to a leather car seat for the rest of our miserable lives. Last week, Allen had TWO receptions on TWO targets for SEVENTEEN yards. This is tragic beyond belief. Kathleen Turner tragic. 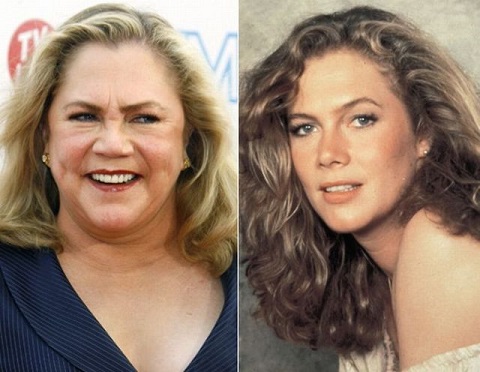 Toby Gerhart – Toby, back in the disgrace column? #Shocker. I’m assuming you witnessed me on Razzball TV and The Fantasy Sports Network, breaking down Tobe’s game. Toby Gerhart is to fantasy football what Dane Cook is to comedy. By that I mean that they’re both Caucasian, have cool haircuts, and make me want to hang myself with wax dental floss each and every time I see them perform their “craft”.

Tom Brady – This is just getting gross now. Why did the Patriots trade for Tim Wright? Why was Aaron Dobson, last year’s talented 2nd round draft pick, been a healthy scratch? Does Julian Edelman have incriminating photographs of Tom Brady, and if not, then why is he only throwing the ball in his direction. Were the Patriots overrated to begin the season? “The hoodie” owes us some explanations and I’m not shaving my balls till I get some. Join me in this crusade for honesty if you consider yourself a true patriot. Not the kind that the game has passed by, or the kind that secretly videotapes the oppositions practices, but the kind of patriot that is willing to go to insane lengths in order to receive the answers we so justly deserve.

LeSean McCoy – I’d been hearing some concerned voices regarding LeSean McCoy and I brushed them aside in the same fashion Hollywood club bouncers do Tara Reid, when she tries to go straight to the VIP line… or the regular line for that matter. But then the Washington Football Team game happened and McCoy had 19 carries for 22 yards, leaving me on my knees with my mouth agape like Lindsay Lohan in a back alley on a Wednesday night. How was this even possible? Shady seemed fine to me in the first few weeks and I fully expect him to bounce back in a major way, even with the offensive line in shambles.

Thank you for joining for another edition Disgrace/Delight. Please leave your feedback and questions, below, as it’s all greatly appreciated. It’s been recommended by some really exceptional people that you follow me on Twitter at @Tehol143, so do that now, please. I’ll keep you all in my prayers to the Elders this weekend and I very much look forward to meeting up again next Wednesday to dissect the good the bad, and the ugly of fantasy football. May the Gods be with you