I will forever despise Austin Davis for what he did to me on Monday Night football. I speak not of the touchdown pass he threw in the first half (yippeeeee), but of the pick-6 he gifted to the Niners that beat me in fantasy ON MY BIRTHDAY!!! Austin Davis and the entire Rams organization is a total joke, and I hear they’re moving to L.A. For the City of Angel’s sake, let’s hope that they leave Davis in St. Louis along with Jeff Fisher (one of the most overrated head coaches in NFL history along with Brian Schottenheimer, one of the worst play callers in NFL History). We all knew the pick was coming, and boy did it come… all over my face! Just the interception by itself would have at least given me a tie, but that’s obviously too much to ask for on the Elder Gods’ favorite son’s birthday. That embarrassingly pathetic play lost and won thousands of fantasy match ups this weekend, and I’ll probably never get over it. Kudos to you if you won with the Niners defense on that same play. Cool Beans. You really earned that one, guys. Let’s get this over with so I can gorge myself on my leftover birthday cake, which will hopefully place me in a state of hibernation until next week. Yea, most depressing birthday in Beddict history. They say time heals all things… except fantasy football losses, those stick with you forever. 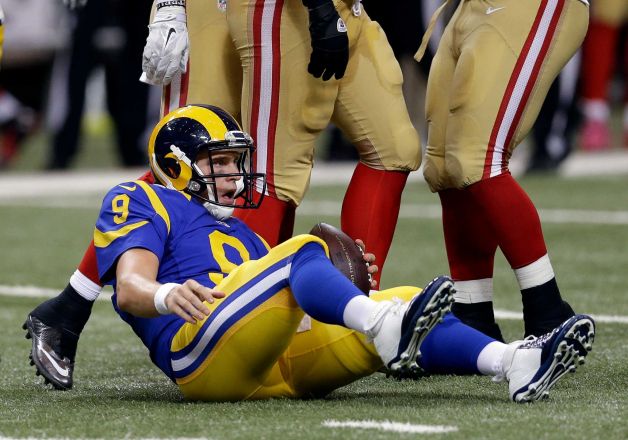 Eddie Lacy – Remind me again how I got talked into believing Lacy would be a top-5 back this year? Did we forget the Packers have the best QB in football with an immensely talented group of wideouts to throw to? Did we forget that Eddie Lacy is fat, musty, and sloppy? Seriously, this cup eating MF-er’s blood type is Rocky Road. He’s the new Trent Richardson at this point, and I for one am disgusted.

The Seattle Seahawks – You may have witnessed me spouting off at the mouth about how great this Seattle Seahawks team is this season. You may have witnessed me taking photo’s of whom I believed at the time to be pathetic Cowboy fans making the trip to Seattle for a game they had no chance at winning. For these things, I’d now like to take the time to apologize, for I am a moron. The Seahawks have ZERO pass rush, a gross offensive line, and an offensive coordinator who looks like he couldn’t cut it in Jr. High, let alone the NFL. How can you allow the Cowboys, one of the least talented and vanilla defenses in the NFL, totally dominate you, AT HOME!??! Another awesome birthday present for me. This is obviously going to be a horrific year. [Jay’s Note: Just two losses off a Super Bowl win… Seahawks fans…]

Andre Holmes – As I said on, “Tehol Tuesday,” for fantasy sports network television, Holmes slice has always reminded me of Dez Bryant. Capozzi scoffed at the idea, but the fact is, Holmes is 6’4″ and a freak athlete. He’s also always played with bum ass QB’s, so it’s possible we are witnessing a star emerge. It’s also possible that Holmes will fade to black like Tony Danza should have a long time ago, but I’m a believer and I expect more explosive plays out of this stallion.

T.Y. Hilton – 9-for-223 and 1 tub? Reggie Wayne owners were in dismay during Thursday Night Football, as they witnessed Hilton strip Wayne of his relevancy. Okay, that’s going a bit far, but be real with yourself: Wayne is older and crustier than a pair of a hobo’s drawls. T.Y. is a threat to go deep at any moment and the Colts are letting that fire fly, so I expect a monster season. I won’t even mention the fact that Hakeem Nicks plays football about as well as Richard Gere takes dumps after an all night gerbil entry. Oh, I guess I just did.

Torrey Smith – I told you the explosion was coming. It wasn’t the 80-yard homing missile I expect to happen in the coming weeks, but it showed that Torrey is a red-zone option and that’s a good thing ya’ll. I’ve seen Smith dropped in multiple leagues, and honestly, you should be b*tch-slapped with some baby powder for that.

Ronnie Hillman – Who said this guy wasn’t a grinder? Dear Jets defense, get off the tracks when the trains coming through. Was that Jerome Bettis or Ronnie Hillman out there Sunday? Ok, I’m getting a tad carried away here, but we did learn something. No, not that Jeff Garcia grinded my ex-girlfriend’s guts to a pulp in Vega, that was last week. What we learned is that Hillman is the sure fire first-string running back in Denver for the foreseeable future. Buy, buy, buy!

Jordan Cameron – He’s back ya’ll. Im hoping some  of you intelligent readers have bought low on Cameron over the past few weeks, as there’s no doubt he’s one of the best in the game. He’s like the Jay(Wrong) of tight ends: very well known and respected yet still incredible underrated and did I mention sexy.

The Affair – Showtime drops another possible hit on us with, The Affair, starring that dude from The Wire. I can’t tell if is this is going to be a great show, or if I will continue to be intrigued or not, but I can tell you that I’ll definitely be viewing the next episode and I recommend you giving it a watch. I’d recommend it to Jay, but it’s hard for me to fit anything into his viewing schedule that isn’t The Fountain. When’s the sequel to that dropping by the way?

Thank you for joining me for another edition of Disgrace/Delight. As per usual, your questions and comments will be responded to below and I very much look forward to reading them. If you’re not following me on Twitter you need to holler at me at @Tehol143, ASAP. Also look for my weekly betting post on Saturday, Betting With Beddict, and try your best to defeat me. This Thursday’s pick is the Patriots (-10) over the Jets. Have a fabulous weekend.