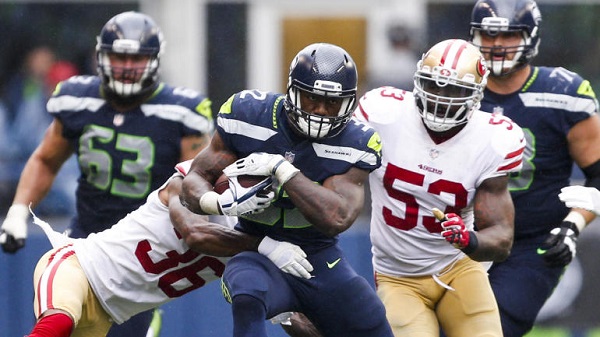 Coming into the season, one of the more popular handcuffs was Samaje Perine over in Washington, who was expected to either start the season as the starter or eventually overtake the incumbent Rob Kelley. After Perine was mostly invisible in Week 1, Kelley went down with a rib injury on Sunday, and Perine saw 22 touches (21 carries). If he can produce while Kelley is out, he could retain the lead role when Kelley returns.

Chris Thompson will still be there to catch passes out of the backfield, and he caught two more touchdown passes on Sunday. What is it called when a running back steals touchdowns from the lead back by catching them? It’s not still vulturing, right? We need to call that “seagulling touchdowns” or something. Who’s with me?

Perine and Seattle’s Chris Carson could be two of the more popular waiver wire pickups this week, though they may have already been grabbed in deeper leagues. On Perine’s side, impatient owners may have actually dropped him after his quiet debut in Week 1, while Carson owners or potential owners may have been scared away by the crowded backfield.

The crowded backfield is a pretty real concern, but, in 2017, there are crowded backfields everywhere. Plus, Eddie Lacy was inactive this weekend, so that should tell you all you need to know about how Seattle feels about him. Thomas Rawls is back, but we saw how that went last season, and the Seahawks proved they weren’t ready to just hand him back the job. Plus, here is a chart:

Caveats: this was against the 49ers, C.J. Prosise could steal value in PPR formats, and Rawls could eat into the touches as he gets healthy. Definitely, grab Carson if you have the roster space, but temper expectations until we see some continued success. For now, he is worth a shot as a lottery ticket.

Prefer the above charts as a graphic? We’ve got that, too! 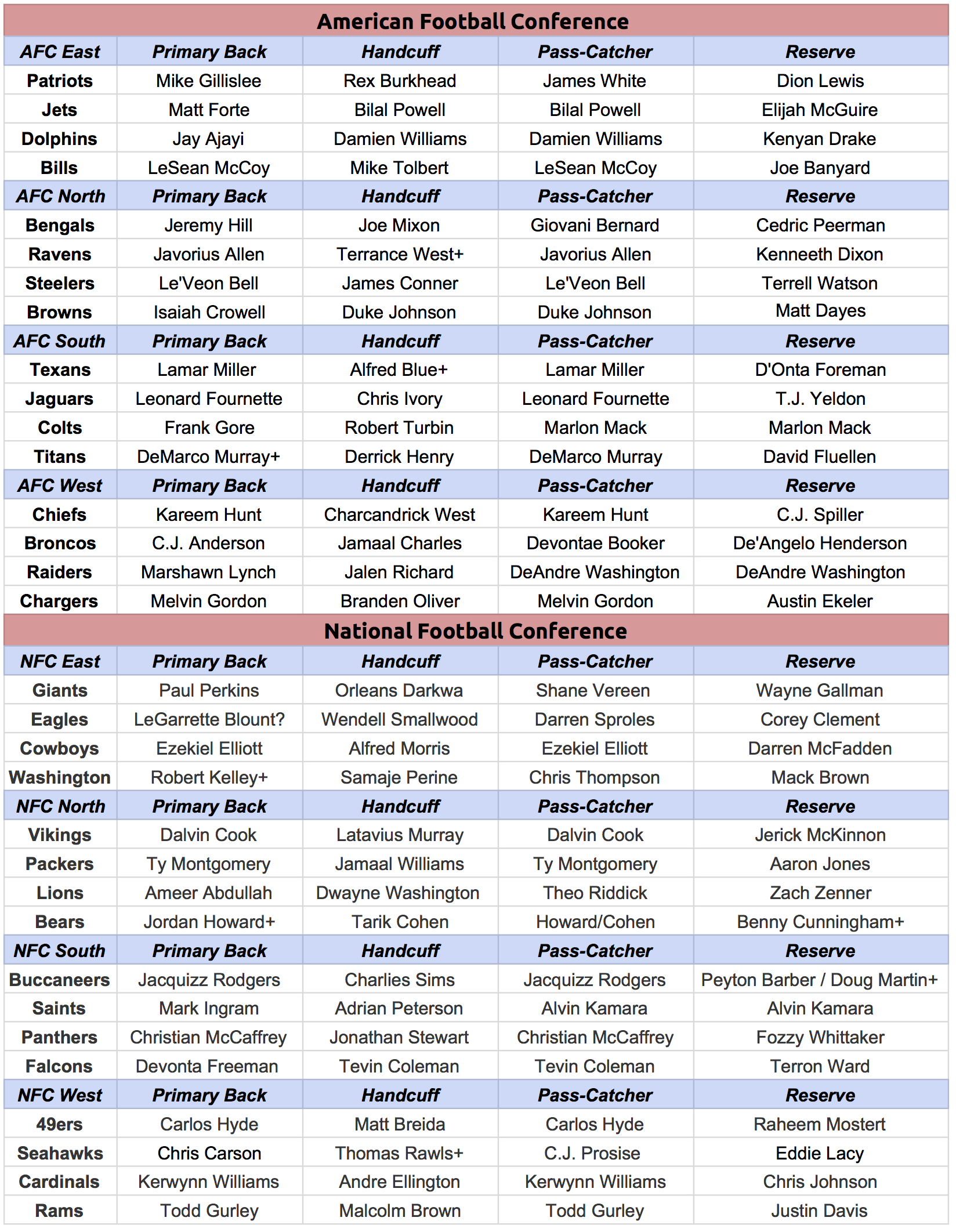