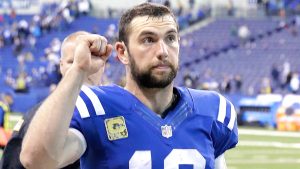 Razzbowl 2019 is in the books and it provides a great opportunity to delve into how a strategy can change throughout a single draft. I’m hoping this breakdown can stir up your thought process in your own drafts as everyone is unique. In my mind, the biggest mistake people who play in a single home league or just for fun make is to just draft to rankings/ADP. I spend so little time ranking players. I spend far more time: placing players into tiers, reviewing what I believe the actual NFL teams offenses will look like, how the seasons will go for those teams, coming up with an initial strategy for each individual draft, pinpointing my favorite players to start off the draft from each chunk of draft positions (early/middle/late), and finally matching player value to rounds in the draft. Hopefully that makes sense. To put this idea into simper terms: Many people spend an excessive amount of time worrying about the order in which players like Josh Jacobs, Mark Ingram, and Chris Carson should be picked. I tend to not worry about the actual order, and try to spend more time coming up with what I believe is most likely going to happen with those teams, what could happen with that team, who I’ve drafted before that choice comes up, and just as important… what my plan is the rest of the way if I were to pick each of those players.

The Razzbowl is a unique format. It has optimal scoring for the 1st 9 weeks and it eliminates the bottom half of the league at that time. After week 9 the teams remaining set lineups manually and slowly teams continue to be eliminated based on their cumulative weekly scoring averages. That is the simplified version, but the point is simple: You must start fast and score a lot of points to have any chance to win. The idea of a normal league in which you make the playoffs as the 6 seed and go 3-0 to win your league doesn’t exist. The roster construction is standard w/ an extra flex, no kicker, and no defense. The scoring is standard PPR, but 6 points for passing TDs, and 20 yards per point. I find this scoring adjustment to be significant. It is a downgrade to running quarterbacks and creates a larger separation for quarterbacks at the top of the position from the average quarterback.

My general strategy going into the draft:

Essentially, this would make me contrarian to not only the individual league, but the other leagues as well. Therefore, if my contrarian choices in the passing game do hit I can push above the field because I spent less draft capital overall on WR/TEs than the average drafter but the passing offenses were so successful that my supplemental pieces on a week-to-week basis are covering WR3/FLEX2. The perfect draft out of the 3 spot for me was Saquon Barkley falling, pairing him with another RB in round 2, and George Kittle in round 3. My plan was to stack Kittle, Dante Pettis, and Jimmy Garropolo. I think of all the guys after QB12, Jimmy Garropolo has the best opportunity to throw from 35 TDs and 4500 yards, relative to the cost of his weapons. Could he fall on his face and finish QB20 in 2020? Sure! Nobody remembers who finished last though. I am shooting for the top spot! As you can see my strategy didn’t make it past round 3.

The full draft board is linked here.

I projected about a 15-20% chance of getting either Christian McCaffrey, or Barkley. Either fit what I wanted to do in terms of weekly floor with the pass catching abilities. There is a lot of fear with Saquon right now because of the Giants quarterbacks, stacked boxes, and the receiver corps being decimated. I don’t have any concerns. On a weekly basis it is going to be very difficult to not get at least 40 yards rushing, 40 yard receiving, and 6 catches. That would be bare minimum and equal 14 points. There are going to be a lot of 150 total yards with 8 catches and a TD mixed in as well. David Johnson finished RB9 last season with 50 receptions. There is no way Barkley catches less than 80 passes this season.

I don’t normally get excited about second round picks, but at this point everything is going to plan. Chubb gets an extra boost in this league with Hunt being out in the most important weeks before the cut. I touched on Chubb a bit more in this article. This selection improved even more after Duke Johnson was dealt.

My 49ers plan went straight out the window. The turn took both Zach Ertz & George Kittle, which made me scratch my head as this is not a tight end premium league. At this point my plan has changed in terms of the targets, but the general strategy is remaining intact. The decision is between finishing off the running back core mentioned above with a risky MG3, or Aaron Jones, or taking the best player available in T.Y. Hilton. I went with T.Y. who is much easier to manage with 9 weeks of optimal scoring. Hilton was WR3 in weeks 11-17 last year, right when Andrew Luck got warmed up.

I made some assumptions at this selection. I was staring down Chris Godwin and Calvin Ridley. The two teams in between my picks started RB/QB/RB and RB/TE/TE. I took the risk that at maximum they would select 3 WRs total, and they preferred Tyler Boyd and another wide receiver as this was right as the AJ Green news broke. I picked Ingram over Chris Carson (who I like a lot). Greg Roman’s RB have frequently finished in the top 18 RBs. This coupled with the monetary investment in Ingram, the overall commitment to the run game, and a hopeful improvement in Lamar Jackson’s overall passing in 2019 led me to prefer Ingram.

My strategy in letting Godwin go and taking Ingram paid off by a stroke of luck. Emmanuel Sanders was inexplicably picked in the 4th round, and one drafter did prefer Boyd as anticipated. There have actually been 25 WRs taken off the board at this point and I am more than happy to take Godwin. I am not nearly as high on him as some, but at WR26 he has the explosive upside component when trying to finish ahead of 179 other teams.

Mike Williams is taken in the pick right in front of the me and the player I preferred in this spot. I really need to hammer home wide receiver, but Montgomery sitting there at pick 70 is just to late to pass on. Truth be told I do not like Montgomery. However, in every draft you must be flexible. Montgomery has the potential to run away with the job. I don’t think it will happen. I think Matt Nagy will roll out all of his running back weapons: Tarik Cohen, Mike Davis, and Cordarrelle Patterson (you read that right) from time to time. The great thing is I don’t have to pick the weeks where that happens, and by week 10 Montgomery will have his role defined. If you only take one thing from this article make it this: Prior to your draft take an ADP list from a third party source that doesn’t have drafts and compare the list by position off of your league site. At NFFC Montgomery is buried down the list around RB40. Honestly even in a room of writers I think some people just missed him. I don’t know that for a fact, but it certainly seems that way. Don’t let this happen to you.

I am an avid wait on quarterback supporter, and when this thing kicked off the strategy was to find a cheap quarterback, but Luck fell 2 rounds past ADP and perfectly fits this both the team and the league settings. Obviously, circumstances have changed dramatically since, but at the time Luck was hovering around +400 (2nd) to lead the league in passing TDs prop odds, and around +400 (1st/2nd) to lead the league in passing yards prop odds. I’m not concerned about the physical nature of the calf strain/general foot issue. The greater concern is if Andrew Luck can mentally handle injuries/getting over them. I’ll take the bet that a top level professional athlete has that ability.

I gave my opinions on Vance for this season here.

At this point in the draft I’m still trying to locate as many stackable wide receivers as possible and Allison fits perfectly as Aaron Rodgers is somehow still floating in the available players. He went behind Kyler Murray… NUTS! I take Allison because I like the slot upside, and while the Packers may play less “11” than league average it is still somewhere Rodgers has focused in on throughout career. Rodgers goes immediately after my selection of Allison, and my immediate pivot is to James Washington. I love that James Washington is going under the radar this training camp. Every day I read a Steelers camp report people are raving about Moncrief/Thompson, but when I read the play-by-play of live sessions Washington is always catching the ball. I recognized at this selection that everyone had drafted a QB aside from two teams, neither of which had JuJu. This indicated they were targeting upside QBs where I don’t think Ben fits the bill in most minds currently, and with QB pressed down throughout the first 10 rounds I viewed it as unlikely that anyone would double up already. Ben made it and I completed the Vance/Washington/Ben stack in the 11th round. I followed up with Carlos Hyde. I have been down on Damien Williams all preseason prior to Andy Reid’s commentary. That is detailed here.

At this juncture my only goal is to draft as many upside players as possible. Gordon and Ajayi are easy drops if they don’t land back on an NFL team, nor get re-instated. Campbell completes another stack with Luck. In terms of roster construction, I ended up going 3 QB/6 RB/8 WR/3 TE. I think having 3 QBs out of the draft in this format is essential. We get a maximum of 10 moves in FAAB through week 10 and transactions are closed. There is a good chance a QB needy team will be left with one option that may cost a significant portion of that FAAB budget, or no starting option available. In terms of tight end the draft ended up 30 deep. There may only be 1 option that pops up all season on the wire and it will likely be a flash in the pan.

Well there it is. It’s a long article, if you made it here congrats you now get to disagree with my moves in the comment section, and I absolutely hope that happens!