As always if you’ve got league-specific questions drop them in the comment section and I will answer them Saturday afternoon/evening.

Jared Goff, LAR, 13.0% starting: I told you to add him on Tuesday and I’m telling you to start him on Saturday. If you find yourself without the #1 fantasy QB Deshaun Watson or Matthew Stafford this week — Goff might be the way to go-ff. Here is what I said Tuesday: “These Cardinals have allowed the 4th most passing yards and are only 1 passing TD allowed away from worst in the league. I think Goff will get his groove back with a 15+ point game.” Samson Simpson — I stick by my story! 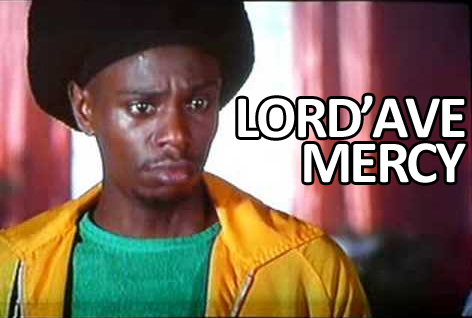 Brett Hundley, GB, 9.5%: Don’t sleep on Hundley just because he is a back-up QB — he actually had a very impressive collegiate career and is UCLA’s career leader in total offensive yardage and TD passes. The Saints pass defense looks better than they have in the past — but look closer and you’ll see the full story. Against what remains of Cam Newton and Jay Cutler the Saints defense has looked elite allowing only 11 total fantasy points between the two QBs. But in their other 3 games? Yeesh. 3 TDs and 25 fantasy points to Sam Bradford, 3 TDs and 29 fantasy points to da god Tom Brady and 3 TDs and 14 fantasy points to Matthew Stafford. They haven’t yet faced a dual-threat QB like Hundley this season so it’ll be interesting to see how they try to contain his legs, but I could see Hundley surprising a few people and having a solid 15+ point game in this one with maybe a pair of TD passes, 1 INT and even a rushing TD for good measure.

Jameis Winston, TB, 23.9%: If you’re flirting with the idea of starting Winston let me block you right here — don’t. He’s expected to start, but you should also expect him to be limited. Not only that — but he’s up against a Bills defense that have only allowed 2 passing TDs all season and therefore, the second-fewest fantasy points to QBs. There aren’t a lot of good sit opinions this week — a lot of your starting QBs have solid matchups and should perform well. And while guys like Ben Roethlisberger, Eli Manning and Andy Dalton all have sittable matchups — you shouldn’t even have them on your team at this point unfortunately.

Joe Mixon, CIN, 37.3%: I predicted Kareem Hunt would run for over 200 yards against the Steelers in week 6 due to their piss-poor run defense and top-5 pass defense. Hunt didn’t — and neither will Mixon — but the same rules apply here. Dalton and his receivers will be limited by the Steelers which should allow Mixon to run wild, brother!

James White, NE, 19.9%: If you listened to the Razzblitz podcast this week you’ll hear that they are just as confused as the rest of us as to who might be the leading RB scorer for the Patriots week to week. This week I’m thinking it’ll be James White. The Falcons have allowed 8.31 yards per reception to opposing RBs and White is clearly the pass-catching threat out of the Patriots backfield. He has 42 targets compared to their next highest RB with 7.

Marlon Mack, IND, 3.1%: This is the last call on Mack. By week 8 he’ll be the lead RB in Indianapolis. Last week Mack had 5 less rushing attempts than RB1 Frank Gore, but had 43 more yards and a TD. The Jaguars have been pretty solid at stopping opposing passing attacks, but have allowed the second-most rushing yards.

DeMarco Murray, TEN, 72.0%: DePolo! I’ve been down on Murray all season due to the presence of Derrick Henry, but in week 7 with a lingering hamstring injury and against a surprisingly tough Browns defense that has allowed the 9th fewest rushing yards — I’m even lower on him. Not much more to say here. This isn’t the RB you’re looking for.

Doug Martin, TB, 66.1%: Not counting a 135 yard rushing game allowed by the Bills in week 4, they are allowing only 63 rushing yards per game. I think the Bucs are going to struggle to get the ball moving much in this one especially if Winston is ineffective.

Javorious Allen/Alex Collins, BAL: Not only is there a timeshare that Buck Allen was the leader of in week 5 only to see Alex Collins overtake him in week 6, but the Vikings have allowed the 8th fewest rushing yards and 4th fewest receiving yards to opposing RBs so far. Don’t flex on ‘em.

Terrelle Pryor, WSH, 40.4%: This is the game we’ve all been waiting for. The Kirk Cousins/Terrelle Pryor breakout game. Some said it was going to be week 6 against the 49ers, but I know better. It’s going to be week 7! Maybe. Against this Eagles secondary allowing over 196 yards per game to opposing wide receivers? Could be!

Mohamed Sanu, ATL, 9.6%: All the whores and politicians will look up and shout. “But Kerry! You recommended we add Taylor Gabriel in your Tuesday Waiver Wired article!” And I’ll whisper, “No.” And then they’ll look around at each other and say “Wait, what? Yes you did.” And then I’ll whisper again “They’re facing the Patriots.” And they’ll say “Oh…okay. Cool I guess, thanks.”

Robert Woods, LAR, 6.4%: I was going to quote Robert Frost here, but didn’t want to be called racist. So instead, just give me the guy who has the most receptions, receiving yards and targets over the past 3 weeks in LA. Woods seems to have developed a great rapport with Jared Goff and I think their best friendship will be cemented with 70+ receiving yards and a TD against the Cardinals who have allowed 42 fantasy points to wide receivers in each of their last 2 games. Cooper Kupp and Sammy Watkins are also solid flex options, but I felt like it was too vague to just say “Rams wide receivers.”

TY Hilton, IND, 76.8%: Poor little TY TY. He deserves better. No Luck again and a Jaguars defense that is holding opposing QBs to the fewest fantasy points on the year means possibly another 1 catch game for Hilton.

Adam Thielen, MIN, 62.3%: Despite his hot start, Thielen is going to be utterly alone in his week 7 showdown with the Ravens. His tag team partner Stefon Diggs has already been ruled out and the Ravens will only need to worry about Thielen hurting them in the secondary. The Ravens have got to be feeling themselves after holding the Bears wide receivers to only 2 receptions for 36 yards and have been 4th best at containing opposing WRs. Expect Thielen to ask Sam Bradford to DM him some tips on how to get injured so he doesn’t have to keep getting shut out all game.

Austin Hooper, ATL, 21.3%: I prematurely blew my wad by recommending you add Hooper in my Tuesday Waiver Wired article — but I’m going to double down and say his name again! HOOPER! This is going to be a fantastic shoot out between Matt Ryan and Tom Brady and Hooper should haul in one of Ryan’s 5 TD passes.

Jonnu Smith, TEN, 0.3%: Consider this one a solid maybe, kinda, sorta start. Delanie Walker is nursing a calf injury and didn’t practice on Friday so Jonnu could be the next man up. If he’s up then he gets a Browns defense that have allowed the second-most fantasy points to TEs.

Cameron Brate, TB, 55.2%: Are you sensing the trend here? I’m low on the Bucs for this week against a tough Bills defense. Brate has scored a TD in each of his last 4 games and that trend might continue — but it might be along with 15-20 yards. Adjust accordingly.

There are no sits this week! The Broncos get a moderately tough matchup against the Chargers but they’re the Broncos. They’ll be fine. The Ravens are facing a depleted Vikings team that could struggle to throw the ball.

Dan Bailey, DAL, 48.0%: Coming off a bye Bailey might’ve been dropped in your league. If so, POUNCE like a tiger and grab Bailey who is facing a 49er team that has allowed opposing kickers to go 17 for 17 in field goals against them.

Ryan Succop, TEN, 76.3%: Kicker roulette! The Browns have allowed the second-least field goals because teams are too busy scoring TDs against them (as marked by them allowing the second-most extra points!) So Succop might have a safe extra point floor — but he might not get a field goal attempt.