Matthew Stafford, DET, 29.5% starting: This is my bold pick of the week destined to be a bust. I write this so when this recommendation goes south I can say “I told you so,” but if he does well I still look savvy for having him on here. #WinkEmoji Stafford’s week 8 opponent, the Steelers, have been stifling opposing QBs. But take a look at some of the QBs they’ve faced: Case Keenum, Mike Glennon, Joe Flacco, Blake Bortles and Andy Dalton. Not exactly the cream of the crop, Mean Gene. Stafford is the first real elite QB test the Steelers have faced and I think he’ll perform better than any of the guys I named above. Don’t be scurred of starting Stafford.

Andy Dalton, CIN, 29.2% starting: “Wait — so you just insulted Andy Dalton and now you’re telling us to start him?” This Red Rocket recommendation is a repeat from my waiver wired report from Tuesday. The Colts have allowed at least 1 TD in every game they’ve played this year and are averaging 311 passing yards allowed per game. AJ Green will be a happy guy if 2017 Andy Dalton plays like 2014 Andy Dalton.

Case Keenum, MIN, 11.8% owned: Even though it seems like this guy is missing some letters in his first name, he is a sneaky target in two QB leagues. Keenum will have both of his stud WRs and buddy cop partners Thielen and Diggs back for this game. “Thielen and Diggs are back on the case — and this time — it’s personal!” This is also going to be the week that Kyle Rudolph earns back his top-3 TE status. The Browns have held the last three rushing attacks they’ve faced to an average of 65 rushing yards and they’ve only allowed 2 rushing TD’s on the year compared to 14 passing TDs. Invest in the Vikings passing game and ignore their two-headed rushing attack.

Alex Smith, KC, 53% starting: Look, we’re all proud of plucky little Alex Smith, but this has everything to do with the Broncos pass defense. They haven’t allowed a QB to throw for over 250 yards all season. Full stop. Period. And outside of that freak 148 rushing yards allowed game against the Giants, they are averaging 49 rushing yards allowed per game. Oh yea, and they haven’t allowed a rushing TD all year. It is going to be an interesting best offense vs. best defense match-up on Monday night!

Deshaun Watson, HOU, 36.6%: Alright, this might be the first game where wonder boy scores under 15 fantasy points since he’s been named starter. The Seahawks have held all but one quarterback they’ve faced this year to under 300 passing yards and that one was against Late Night with Conan O’Brien star, Aaron Rodgers. Don’t worry though Watson owners — he gets Andy Dalton’s opponent (the Colts) in week 9. So he’ll drop a 40 spot in that game!

Ameer Abdullah, DET, 40.1% starting: 85.2% of people own Abdullah in ESPN leagues but only 40.1% of people have him in their starting line-ups. And that is no one’s fault but Abdullah’s with only 4 and 5 fantasy points in his last two games. Well, after a bye week, it’s time to get double-A back in your RB2 or FLEX spot. In his last full season in 2015, in the 9 games before the Lions bye week, Abdullah had 240 yards rushing. In the 7 games after their bye week he had 357 yards rushing. In no way is this a science, but if Abdullah goes for another post-bye week binge he could be even better. His first test is against the Steelers who have allowed the 8th most fantasy points to running backs.

Wendell Smallwood, PHI, 30.0%: Okay — this is the game. This one — not the other 83 times I’ve recommended Smallwood. THIS ONE. His opponent, the 49ers, have allowed the most fantasy points to RBs by 22 points. A lot of this has come on the back of receiving yards and TDs which Smallwood is the best option for in Philly, so he could be ready for his breakout game. If he stinks again you can officially refer to me as “The Boy Who Cried Smallwood.” As opposed to my wife who they call “The Girl Who Cries About Small Wood.”

Matt Forte, NYJ, 22.6% starting: Allow me to quote myself: “He’ll head into week 8 against the Atlanta Falcons who have allowed the second-most receiving TDs to RBs and the 10th most receiving yards. The Falcons have done a good job stopping the run — allowing only 2 rushing TDs on the year. Forte is a perfect PPR FLEX option in a big bye week.”

Doug Martin, TB: Dang it. This one hurts because I currently own Martin in my main league. The Bills showed defenses how to bottle up little Dougie Martin. They held him to 2.45 yards per attempt in week 7 for only 9 fantasy points. The Panthers will have Luke Keuchly in their starting defense as he cleared concussion protocol. Panthers have allowed the 5th fewest rushing yards this season.

Isaiah Crowell/Duke Johnson Jr., CLE: Crowell has been one of the biggest disappointments of 2017 due to his o-line getting him no holes to work with. He hasn’t rushed over 60 yards on the entire season. Duke, pass-catching RB extraordinaire has done all of his damage through the air, but both are getting one of the best defenses in the Minnesota Vikings. They’ve allowed the 6th fewest rushing yards and the 5th fewest receiving yards to opposing RBs and only 1 TD of each variety all season. Stash the Browns.

Frank Gore, IND, 45.5% starting: Some of y’all still have Gore in your starting lineups. Enough. He’s rushed over 50 yards once all season and hasn’t scored a TD of any kind since week 3. Wake up! I know it’s Halloween and all, but you gotta cool it with the Gore. 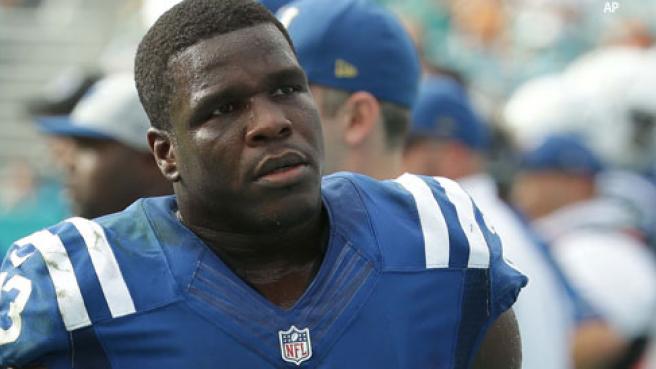 Josh Doctson, WSH, 9.1% starting: Alright, step aside Terrelle Pryor and Jamison Crowder, it’s Josh Doctson’s turn to disappoint us. The WR1 crown is up for grabs in Washington and Doctson could be the one who grabs it and runs with it. His first opportunity comes Sunday afternoon against a Cowboys secondary that has allowed 8 receiving TDs to opposing WRs this year.

Bennie Fowler III, DEN, 8.0%: Everyone and their mother is making this pick so I might as well since I’m close with so many people’s mothers. Here is what I said four short days ago about Fowler: “The Chiefs look lost against the pass. They’ve allowed the most receiving TDs including 3 last week to the Oakland Raiders. If Emmanuel Sanders sits again and Demaryius Thomas under performs — Fowler could be your ticket to a big bye week victory.”

Jordan Matthews, BUF, 8.0%: I know the Bills are a run first, second, third and fourth team, but one of their wide receivers has to become a viable threat in this offense right? Buffalo is dead last in team receptions and consequently, receiving yards. When there is no one else but LeSean McCoy that you need to worry about on the other side of the line — defensive coordinators don’t have to prepare hard. That’s why I’m going to throw my dart this week at Matthews of the Bills WRs. The Raiders have allowed the 11th most receiving yards to WRs and if they figure out that there 100 plays in the Bills playbook and 99 of them say “give the ball to LeSean” the Bills might then finally use that 100th play in their book that just says “Pass?”

T.Y. Hilton, IND, 71.4% starting: Feels like this is the 8th week in a row that Hilton is listed as a sit from me. Well this week he’s facing the Bengals who have allowed the 4th fewest receiving yards to wide receivers. To the 71% of you starting Hilton — enough is enough and it’s time for a change. (Until Andrew Luck comes back that is.)

Tyler Kroft, CIN, 27.4%: Kroft, definitely undrafted in your fantasy league, has had 3 pretty nice weeks in a row: 24, 7, and 12 fantasy points with 3 TDs. With Tyler Eifert done for the year, Kroft is a nice add if you’ve been streaming TEs every week. Kroft this week gets the Colts who are allowing 8.8 fantasy points per game to TEs.

Nick O’Leary, BUF, 2.4%: Another game missed by Charles Clay could mean another 50+ yard game for Nick O’Leary as he’s collected that many yards in each of his last two games. His opponent, the Raiders, have allowed the 11th most fantasy points to TEs. Not counting their game against the Ravens where Joe Flacco only threw for 222 yards total, the Raiders have allowed an average of 16.75 fantasy points to TEs over their last 4 games.

Geez. Is it lazy to say there is no tight ends you should sit this week? Every TE owned in over 25% of leagues is worth starting over anyone else owned in less leagues than them. Even guys with tough match-ups like Cameron Brate, Austin Seferian-Jenkins and Zach Miller. If you’ve got a tough league-specific question — feel free to ask it down below.

Broncos D/ST, 52.2% starting vs. KC: Despite what I said about Alex Smith and Tyreek Hill above I don’t think this Broncos D is one you want to mess with this week. The Chiefs are averaging the 2nd most points per game and 3rd most total yards per game. Even if the Broncos make some big stops the Chiefs are still high-powered enough to get theirs.

Stephen Hauschka, BUF, 46.3% ownership: Hauschka’s ownership has been on the rise since he’s gotten double-digit fantasy points in each of his last 4 games. Some of the Bills drives might stall in field goal range which will give Hauschka his 5th straight 3 FG game.

Matt Bryant, ATL, 64.6%: Bryant is 1 for 4 in his last 2 games (including an 0 for 2 day last week) and now gets a Jets team that has allowed the fewest points to opposing kickers for some reason. Sit him until he sorts this all out.