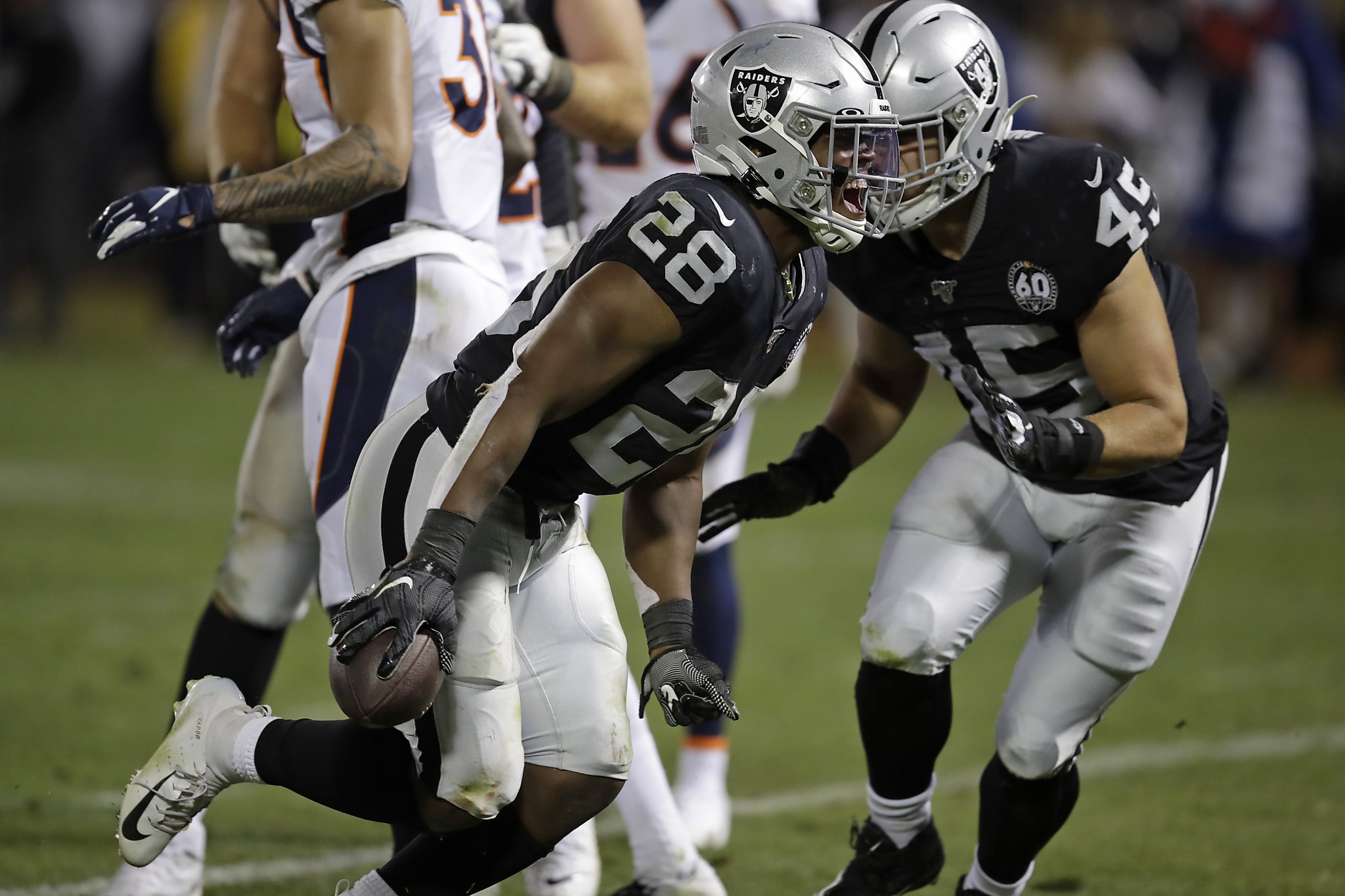 After a wild Week 1, while some fantasy owners are panicking and making season-long adjustments after only one week, this is a time where we’ll see a bunch of players bounce-back and reward the calmer owners across multiple leagues.

There are some very interesting matchups to exploit this week, so let’s break down a few.

It was a mediocre game last Sunday for Goff. It was clear the offense was a bit rusty after not playing since last February’s Super Bowl, as Goff went 23/39 for 186 yards, 1 TD and 1 INT. It wasn’t a very tough matchup for the 4th-year QB, and while they did win, his performance left a little to be desired. Heading into Week 2, Goff will have a nice chance to bounce-back at home. He’ll face off against a Saints secondary that just allowed 268 passing yards and 3 TD’s to Deshaun Watson on Monday. This is still a pass-heavy Rams offense, and with this game being one of the highest game totals of the week (set at 52 O/U by Vegas), this Rams passing attack will go toe-to-toe with New Orleans. Goff is a top-5 option this week.

Heading into the season, I was really high on the Cowboys passing attack with new OC Kellen Moore, and a slew of weapons for Dak Prescott. Well, they really tore it up against the Giants last week, as Dak threw for 405 yards and 4 TD’s. They won’t be playing the Giants every week, but I do think this is a sign of what’s to come. This week, they’ll face off against another NFC East opponent in the Redskins, who started off strong against the Eagles, but still ended up giving way to Carson Wentz, who threw for 313 yards and 3 TD’s. Prescott is a fine option this week, as the Cowboys offense should continue to roll.

It was a disappointing first week for Josh Allen, who couldn’t limit the turnovers last Sunday against the Jets, as he fumbled twice, and threw two picks. Well, as I’m sure I’ll say multiple times this season on this column, the good news for Allen is that he’ll get to bounce-back against the Giants defense this week, who looked downright awful against the Cowboys, surrendering 405 yards and 4 TD’s to Dak Prescott. A silver lining for Allen’s performance against the Jets last week, in addition to the fact that they won the game, was that the Bills had a 60/40 pass/run split. This offense should remain aggressive against a secondary that shouldn’t cause many issues for the young QB. He’s got Top-10 upside this week.

Well, for about three quarters, the Cardinals offense looked pretty damn awful. They couldn’t get the ball moving whatsoever, and found themselves down 24-6 against the Lions. But, the Lions defense quickly unraveled and Kyler ended up throwing for two quick scores to erase the lead, and tie the game… which ended in a tie. While I do applaud Murray for his comeback, for the majority of last week’s game, this offense, and offensive line in particular, looked bad. And this week, on the road in Baltimore, this Ravens defense won’t let up as easy as the Lions did. It’s a very tough matchup for the rookie, and he shouldn’t be started in most leagues.

Despite the good matchup against the Falcons, Cousins didn’t do much against this defense. How come? Well, it’s hard to put together a great fantasy day when you only throw the ball 11 times in a game. This 2019 Vikings team will live and die by their defense and strong running attack, thanks to their new(er) OC, Kevin Stefanski. Expect the same sort of playcalling each week until their forced to get aggressive in the passing game. Therefore, Cousins doesn’t hold much value this week, or ROS.

Before I get to Wilson specifically, I would like to mention that the Steelers defense will be one of the better units in the NFL this season. Unfortunately, they just had to face Tom Brady and the Patriots in Week 1. Now, they’ll get to go home and face a Seahawks offense traveling cross-country to the East Coast. The strength of the Pittsburgh defense for the past few seasons is their run defense, and that should continue this year and this week against a run-heavy team in the Seahawks. I don’t think Wilson holds much upside this week, and there are better starting options in Week 2.

In his first game in the NFL, Jacobs put together a solid performance, finishing with 85 rushing yards and 2 TD’s. This week, he’ll face off against a Kansas City defense that hasn’t performed as well compared to their offense these past few seasons. And even after last week’s matchup against the Jaguars, this defense ranks 25th in defensive DVOA allowed (although it is only a 1 game sample size). While there are some concerns that this game could turn into a shootout, thanks to the nature of the Kansas City passing game, Jacobs should still get a nice healthy workload thanks to Jon Gruden’s offensive playcalling philosophies that favor an aggressive rushing attack.

Last week, despite throwing his support on Twitter, Melvin Gordon lost a lot of bargaining power thanks to Austin Ekeler’s fine performance against a Colts defense that allowed him to rush for 58 yards and 1 TD, and catch 6 passes for 96 yards and 2 TD’s. Thanks to his work in the passing game, Ekeler becomes a very solid starting back option until Melvin Gordon returns, whenever that will be.

While Lamar Jackson stole all the headlines for his wonderful performance against the Dolphins, Ingram had himself quite the day, rushing 14 times for 107 yards and 2 TD’s. While Lamar did blow up, this is still a run-first offense, as they only threw the ball 27 times last week. While the Cardinals are better against the run than they are against the pass, Ingram should still get fed a bunch of times, and will end up breaking through. He has a very high floor this week (and every week), and if he can find the endzone like he did last Sunday, then he’ll easily finish as a Top-10 back.

Last week against the Chargers, Mack ran wild, totaling 174 rushing yards and 1 TD. What’s a little concerning is that he didn’t get any work in the passing game, and usually, one-dimensional running backs don’t tend to put together strong fantasy seasons, especially in PPR and 0.5 PPR leagues. This week won’t be as easy for Mack, on the road in Tennessee, who did a pretty good job of limiting Nick Chubb last Sunday. I’m not sure if Mack will be able to replicate his numbers. He’s a decent option if you need him, but he’s by no means a must-start.

It was a Sunday to forget for Freeman, who only rushed the ball 8 times for 19 yards. ROS, I’m a little worried about his fantasy stock under Dirk Koetter, who is notorious for hindering his running backs from his time in Atlanta and Tampa Bay. It’s another tough matchup for him this week against an Eagles defense who looked pretty bad in the secondary, but great up front. Our projections have him as the #27 RB this week, which isn’t a great sign.

Well, if you were worried about Gurley’s usage as an RB1 this season, I’m not sure Week 1 did anything to calm you. Gurley only ended up with 15 total touches last week against the Panthers, while Malcolm Brown had all five of their red-zone rushing attempts. Moving forward, Gurley will definitely put together a few Top-12 weeks, especially if he’s healthy. But moving forward, we have to see Gurley as an RB2 now, and if that’s acceptable for your fantasy team, then so be it. This week specifically, I don’t see Gurley as having a successful outing thanks to the nature of the Saints defense and how good they are at stopping the run.

Watkins absolutely crushed it last week against the Jaguars, hauling in 9 catches for 198 yards and 3 TD’s. Usually in this scenario, I would talk about how it’s unlikely to happen again, but I’m not sure that applies to Watkins. Especially with Tyreek Hill’s injury that will cost him 4-6 weeks of the regular season, and the nature of this passing attack, Watkins becomes a Top-10 option almost every week that Hill isn’t on the field. It’s a much easier opponent this week in the Raiders than it was last Sunday, and Watkins should be in line for another great outing.

While Cooks had a very disappointing game last week against the Panthers, like Goff, I’m expecting a very nice rebound against the Saints. As we saw last week and last year, the strength of this Saints defense is their rush def, not their secondary. Cooks should draw the Saints’ slot corner, in a matchup that saw Cooks go for 114 yards and 1 TD last season. Cooks has a Top-20 floor yet big upside in a game that should be really high-scoring.

While Josh Allen struggled until very late, Brown had a very nice game, totaling 7 catches for 123 yards and 1 TD. It should be a much better game for the Bills against a very weak Giants secondary. Brown once again is a very nice WR3/FLEX play with upside.

Golladay had himself a decent game last week, finding the endzone on 42 receiving yards. This will be a much tougher matchup against the Chargers as the Lions will continue to establish the run heavily at home. Both Golladay and Marvin Jones carry some risk with them this week due to the matchup.

Well, Davis had a game to forget thanks to the fact that he… *checks notes* had only 3 targets and didn’t catch a single pass. During most of the game, Davis seemed to slot in as a blocker, which didn’t seem to bother him, according to a piece in The Athletic. Well, it should bother fantasy owners, and I’m not sure he’ll get any more targets against a Colts secondary that he has struggled against historically.

After all the drama, Antonio Brown finds himself on the Patriots for Week 2. While he has been practicing during the week, and made the team trip to Miami, AB can’t be trusted in fantasy this week. It’ll take a while for him to pick up and learn the offense, and while it’s certainly a great matchup, he won’t even sniff the targets that Julian Edelman and Josh Gordon will receive. We need to wait a week or two before he gets his place in the team.

It was a great first week for Waller, who hauled in 7 catches for 70 yards. In another game that is surely to be a high-scoring affair, Waller should again rack up some targets, and his firmly a Top-10 Tight End this week, and maybe even ROS.

Walker had himself quite the afternoon last week against Cleveland, finding the endzone twice on 5 catches for 55 yards. He should have a similar target share against the Colts, and is a very safe option this week with some upside.

After only 2 targets last week, it’s another tough matchup for the Tight End against the Titans, and finds himself outside of the Top-15 in our projections.

The Texans should be able to move the ball pretty well at home against the Jags this Sunday, and Fairbairn should have plenty of opportunities for FG’s and XP’s. He’s a Top-10 option this week.

Well, news came out a few days ago that Sam Darnold has mono and will be out for some time. In steps Trevor Siemian, and the Browns defense becomes a Top-5 option this week.

I don’t think the Lions will be able to move the ball easily this week against the Chargers, and while they will be playing in the dome, I don’t think Prater is a good start.

The Steelers defense will bounce back, and this defense didn’t look too hot against the Bengals last Sunday.

Good luck to everyone in Week 2, and I will be back on Thursday for another edition of Ambulance Chasers!