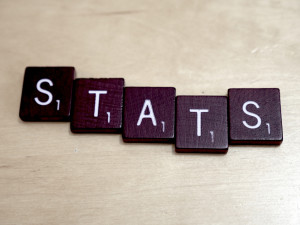 “A palindrome is a word, phrase, number, or other sequence of characters which reads the same backward or forward. Allowances may be made for adjustments to capital letters, punctuation, and word dividers.” – Wikipedia

The word “stats” is a palindrome. So are words like “kayak”, “level” and “radar”. How about “race car” or “top spot”. Even phrases such as “Madam I’m Adam” and “never odd or even” are palindromes. Why isn’t the word “palindrome” a palindrome? Shouldn’t they have picked a word that was? Palindrome spelled backwards spells “semordnilap”, which is apparently defined as a word that spells a different word when spelled backwards. Some examples include “stressed”, “war”, “evil”, “spoon” and even “sports”. But what if C-A-T really spelled dog?

So how does any of this help you with your fantasy football team? It doesn’t. However when I started writing this post and typed the word “stats” I realized for the first time that it was in fact a palindrome and felt compelled to mention it…

For those of you that are unfamiliar with The Stats Machine (TSM), I urge you to read my post from two weeks ago explaining its purpose. For those of you that came along for the ride last season, but missed that post, I suggest you read it too, as it details some major changes for this season. That post can be found here: Return of The Stats Machine

While I would love to provide you with output from TSM based on my 2015 projections, or even week 1 projections, unfortunately projections alone are not enough to fuel The Stats Machine. TSM is intended to examine the whole picture. It factors in stats such as number of snaps, yards after catch, drops, targets, etc… Unfortunately these are stats that are not projectable. At least not reliably.

Keeping with the spirit of today’s theme I thought I’d jump back into the land of palindromes. According to the definition, a number can also be a palindrome. Let’s look at some palindromic numbers that can be found in my 2015 updated projections, and let’s do it Jeopardy style.

1001 – What is the number of rushing yards Frank Gore will have this season?

I actually think he can beat this projection in the high scoring Indy offense. If Gore can stay healthy I’m looking for him to have a great season, finishing in the top 15 running backs with a shot at the top ten. I just hope Luck doesn’t steal too many of his rushing touchdowns.

212 – How many fantasy points will Mark Ingram score in 1-point PPR leagues?

Ingram is another running back I like this season outside of the primary top tier backs. If he can improve on last season’s 964 rushing yards and 9 touchdowns, he will have put up some nice fantasy numbers while doing so.

11 – How many rushing touchdowns will Adrian Peterson score this season?

88 – What is the number of receptions Brandin Cooks will have this season?

In the last five seasons Drew Brees has thrown the ball at least 650 times. His favorite target, Jimmy Graham, is gone. So is Kenny Stills. That leaves Marques Colston and Brandin Cooks. Something tells me Cooks is about to see a whole lot of targets.

1111 – How many receiving yards will Jordan Matthews accrue this season?

I think a lot of people are expecting Chip Kelly’s Eagles to score a lot of points this season. With Jeremy Maclin out of the picture, that leaves Matthews as the top pass catcher. I think it is likely that he actually eclipses the 1111 mark as he reaches double digit touchdowns.

202 – How many fantasy points will Jimmy Graham and Greg Olsen have this season in PPR formats?

I expect these two to finish right behind Rob Gronkowski atop the list of tight ends. If I was to draft one of them it would have to be Olsen. Why? Because Graham is being selected in the 3rd round and Olsen in the 5th. I’ll take Olsen in the 5th and use my 3rd round pick to grab another impact player. And in auction drafts, Graham will cost you approximately $10 more. And that $10 can be the difference between Peterson and DeMarco Murray.

323 – How many receptions will Matt Forte, Andre Ellington, John Brown, Eddie Royal and Tyler Eifert combine for this season?

In PPR formats I like all of these players these season. Forte is a given. If healthy, so is Ellington. I see John Brown emerging as the “goto” receiver in Arizona. The reign of Fitzgerald has come to an end. Royal and Eifert are two of my sleepers for this season. I expect Cutler to be throwing the ball a lot this season, and I expect a fair share of those targets to be Royal targets. And that does not mean he will be throwing to Lorenzo Cain or Eric Hosmer. Although the way he throws, you never know. As for Eifert, consider it a hunch, but I like his peripherals.