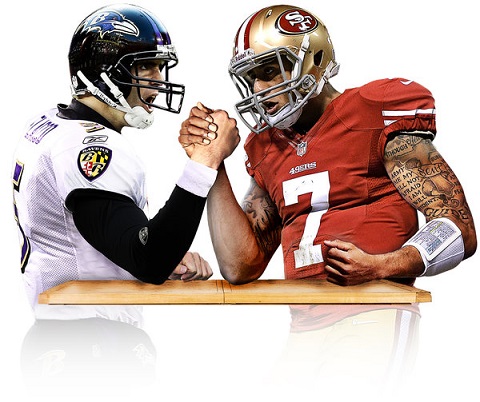 Two much eliteness going on here. (See what I did?)

Welcome to another strategy session. While probably not as good as a pizza session, we’re gonna get darn close, because today, of all days, we are going to go over two-quarterback leagues. Because having Tony Romo lead your team to playoff aspirations until November rolls around and he removes the clutch from your car is not enough. Nope. We need to add the potential to both have Tony Romo and Eli Manning on the same fantasy team, which I heard is the 18th sign of the end of the world. Obama was the 16th and 17th sign on the list, if you were wondering. Yes, that’s right, two-quarterback leagues are really-really different, I can’t stress that enough. Which is why you got two really’s. Everything you know about standard and PPR formats gets thrown out the window, as you’ll see the aforementioned Tony Romo be drafted ahead of Dez Bryant in most leagues. That’s a cup of crazy, as they would say. Actually, they wouldn’t say that… I don’t think anyone has ever said that. So let’s get you primed for what is going to be the weirdest draft you’ve ever been a part of. Unless it was a salamanders in your shoes draft. That would probably top this one.

The format itself is generally easy to grasp. As I stated earlier, you have two QB slots (or a full flex, QB/RB/WR/TE, which should be flexed in the QB slot regardless), and so you should probably draft two QB’s. Ya think? How you determine to fill those spots, and more importantly, when, are the key’s to this proverbial car. Unless you want me to start talking about crazy cups again. NEVER AGAIN. There are essentially four approaches you can take here.

– Draft a top-10 quarterback and pair him up with a top-25 quarterback (i.e. Matthew Stafford and Andy Dalton).

Obviously, the first three options are the most recommended here, so unless you are either a professional scout, a mind-reader, or Terrelle Pryor, the fourth option is really something you should not consider if you’d like to compete in some manner or fashion.

So we’re left with three different ways of getting a quarterback. And though it might sound dull, with the state of QB depth this season, I usually aim for a top-15/top-15 split. As you are reading this, there is a two-quarterback league that I am part of with industry leaders across the fantasy spectrum (including Liz Loza, Scott Engel, Adam Ronis, Jennifer Millman, and Rachel Wold). I would recommend looking at that draft as how a league with this format might approach the draft.

Based on my projections, and to hammer the point even more of how important it is to get your QB’s early, here’s how I see the top-50 fantasy point leaders shaping up (1.0-PPR):