I usually dedicate this space for what is the marquee match-up of the time slot. True, I dictate those decisions, so there’s a measure of bias, to be sure. Which is why you should feel lucky that the Chargers aren’t playing until this afternoon, but looking at the schedule for all the early games today, there is something strikingly lacking. And that’s a marquee game, as you might have sensed, there are none. But more than that, there are literally no compelling games whatsoever, probably a first since, well, whenever the last Browns and Buccaneers were playing against each other. Washington versus the Jets? Meh. Cardinals against a Benless Steelers? Eh. Chiefs without Charles visiting the Vikings? Eeesh. Texans against the Jaguars? Holy sh*t. So let’s just focus on what is probably the worst game of the week, and that’s the race to the bottom of the NFC North by the Bears and the 0-5 Lions. Haha, just kidding. Like anybody wants to hear about that…

Rankings have been updated for today’s games and can be found here.

Join myself and your peers in a special Razzball-only Contest! Buy-in is just $5.00 and the top-12 finishers in a 55-team league are all part of the prize pool! Sign up here!

There’s a gonna be some prospecting come waiver wire day this week. The allure of gold drove many in the 1800’s to pack up their wagons and head west for the chance to strike it rich. The 2015 fantasy season has uncovered a fresh mine due to the Jamaal Charles injury. Once highly thought of handcuff, Kniles Davis, has been usurped on the depth chart and relegated to the fantasy scrap heap in most leagues. The astute among us (not me), that noticed that Charcandrick West became the backup to Charles in Week 4 need to be commended. Bravo. Hurrah. Kudos. You are probably all Charles owners, but if you are not, then you are my hero. Hopefully you picked him up because there’s a gonna be some serious bidding for his services.

Soooo, that was a football game… I think? While the season itself seemed to be gleaming with Patriot schadenfreude (as stated last night), it all seemed to culminate into last night’s game, which I guess upgrades it to a schadenboner. The Chiefs came out and dominated all phases of the game, well, except timeout and clock management, but we’re used to that with Andy Reid. I actually haven’t seen a bunch of Patriots from Boston wiped out like that since the Battle of Bunker Hill. Honestly, this division is so bad that if one of the other teams had a competent quarterback, New England would have been in trouble a long time ago. 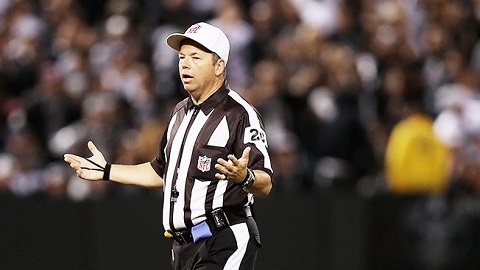 Rarely do we see a week so overabundant in the injury department.  Millions of fantasy teams were brought to their knees (likely ‘cuz they have no ankles to support them) after the seemingly endless amounts of bones, ligaments and tendons that were demolished in Week 3’s slate of NFL games. Fantasy football owners are going to be racing to the wire this week to replace their fallen and it’s important that you are kept up-to-date with who to grab and who not to grab…