A clash between two 3-7 NFC South teams down in the A-T-L. Tampa Bay has surrendered 33 points per game over their previous 5 matchups and the Falcons have allowed 22, setting up nicely for the over to hit in the highest projected point total for week 12.

The 3-5-1 Arizona Cardinals are fresh off extended rest following their near dethroning of the undefeated San Francisco 49ers in week 9 on Thursday Night Football. Kliff Kingsbury if flying the NFL’s 3rd fastest paced offense to the East coast to take on Jameis Winston and the 4th most points per game, Tampa Bay Buccaneers. Fantasy fireworks will be on full display in the highest projected point total for week 10.

People can’t stop talking about the Arizona Cardinals. I’ve seen people refer to the Cardinals offense as the horizontal raid. I’ve seen people say the success is bubbling. I’ve seen people pointing to the schedule whilst saying, “September is hard, October is easy.” It seems that the expected range of outcomes remains as wide as ever. This variance in opinions has encouraged me to breakdown what I believe is happening and what the future looks like for the Arizona offense to lead off this week’s article.

I’ll be honest… I haven’t paid much attention to rest of season rankings in my fantasy football playing time. So when MB asked me to rank the top 80 flex players the rest of the way it was a new adventure for me. Often times when you do something new it brings an entirely new perspective to the entire process. With that in mind when I finished my list the first thing I did was check to compare to the industry. The differences I found most significant are listed below and I will continue to call those major differences out with an explanation and blurb on a weekly basis. Hopefully you find these rest of season rankings useful and it can stir up some discussion. These rankings are without QBs and based on half PPR setting in a standard 1 QB/2 RB/2-3 WR/1 Flex league. The rankings shouldn’t necessarily be used for a trade value chart, they are a combination of past success and current situation to quantify a future value in my eyes. Use that mindset and apply that value to your team’s current context in terms of league standings and roster construction before making any transactions.

To avoid writing in-depth about the Kansas City Chiefs for a 4th week in a row, this week will focus on the 2nd highest projected point total, TB @ LAR.

Kansas City Chiefs @ Detroit Lions carries the highest point total for week 4 at 54.5. Another episode of Oprah Winfrey giving away TDs to everyone in the audience. Kerryon Johnson is a clear start after KC was torched by Mark Ingram, and the release of CJ Anderson. Travis Kelce, Sammy Watkins, Kenny Golladay, and Marvin Jones Jr. are all starts this week. TJ Hockensen is a viable TE play, and Mecole Hardman/Demarcus Robinson remain flex plays. If Damien Williams is sidelined again, then Darrel Williams is a RB3/Flex with RB2 upside. Follow KC’s injury/practice reports regarding LeSean McCoy’s health status and Damien’s knee. Darwin Thompson remains only a deeper league bench stash, not worth rostering in most formats until his pathway to usage and opportunity increase.

Week 2 was filled with injuries and now it is time to see what streamers are the ones to target for week 3. This week, I will have some interesting streamers who can potentially help you win this week.

Last year, all my loyal readers wept tears of unfathomable sadness when baseball ended, as that meant the end of the greatest weekly column in the history of the Internet. Thankfully, Razzball has decided this year that they do not want to disappoint everyone out there who make up my loyal fan base, so they have asked me to write a weekly football picks column. Here’s the important stuff – I will be focusing on FanDuel cash picks. That’s not to say that you couldn’t take my advice and use it for other sites, but each DFS site has its own salary structure, so a good play on one site isn’t necessarily a good play on another site. So if you only play somewhere else besides FanDuel, be very careful with these picks as they’re based specifically on the salaries on FanDuel. Further, the bulk of these picks are for cash games. I will make GPP recommendations wherever I feel it’s reasonable to do so, but if you’re only a GPP player, then while this column will still be useful, just know that it’s a cash-first article. Finally, I will be making occasional references to Rudy’s projections, which you should purchase, because they are quite good. That’s not me shamelessly plugging them – that’s me speaking the truth – they’re quite good and quite helpful for anyone who plays NFL DFS. So with that in mind, onto the picks… 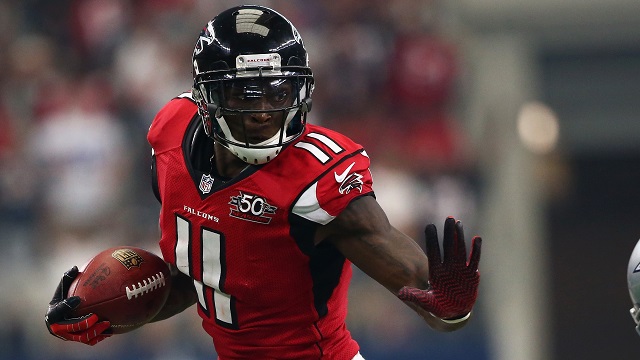 Well that was a wild week. Some may argue that the week was just the worst for fantasy, but you have to admit, with everyting going on with the outside world and football over the past few days, that Sunday was just the thing we all needed. I mean we got to see another Brady last-second win, another Lions performance cancelled out by their greatest rivals, the refs, another Packers OT thriller, and some big upsets in London, Chicago, New York, Washington, Buffalo, and quite possibly the best of them all, a fantastic 61-yard field goal from Jake Elliott as the Eagles narrowly defeated the New York Football Giants.

Let’s hope Week 4 delivers on all this hype. Let’s get to it! 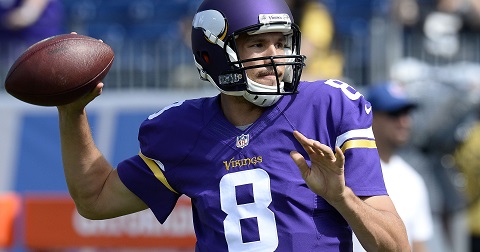 Welcome back to the Razzball streamer article. I hope you didn’t miss me too much last week and had a great Thanksgiving, unless you felt too much genocidal guilt to celebrate.  The Cleveland Browns finally get to not lose this week, and that makes for a more difficult pick ‘em pool.  This just goes to show you, even if you are never successful, you could still earn a week vacation. Never give up.  Before we get to streamers, make sure that you check out the football podcast this week if you are into Westworld.  A few of us at Razzball have some takes that we need to get off of our chest, so be on the look-out for that.  Now let’s get down to business.

Ladies and Gentleman. Boys and Girls. It is almost Week 1 of the regular season, and I just cannot wait. Can you smell that? That smell of pigskin, the smell of 1,000+ calorie dishes? I have never been as ready as I am today. As I sat on my couch late Saturday night, watching my Wisconsin Badgers get taken to school by Alabama, I realized something. “Hey”, thought I. “Don’t you have an post to write about dealing with Week 1 DFS for Razzball?” Well yes, Zach, yes I do. So here I am. Seriously, I thought about something very interesting while watching ‘Bama-Wisconsin. Here is Wisconsin’s HB Corey Clement’s stat line on Saturday night.

Clement could not run the ball to save his life, and a result, it ended mine. The Alabama Defense was just too good, and as a result, Wisconsin had to throw the ball to stay in the game. Meanwhile, on the other side of the field, here is the stat line for Alabama HB Derrick Henry.

Depressing. The defense was so great, that all the Crimson Tide had to do was run the ball. They didn’t need to throw the ball a lot, because their defense was so excellent. They were always ahead. The same happens in the NFL. When a team is down by multiple scores, they don’t have time to run the ball. They throw, and they throw some more. And when a team is straight out dominant, they run the ball to kill clock. Let’s face it, there’s stuff to do after the game. This key stat is important when playing any type of fantasy, DFS or season-long. Eli Manning is a great fantasy quarterback, because their defense is so awful, they throw the ball to stay in the game, instead of giving it to Rashad Jennings, who last year, averaged 58 yards a game.

So this week, consider this: Picking a running back who won’t run the ball a ton, due to the team playing from behind, isn’t a smart move. Picking a RB who has a great defense (playing against a weak offense), is a very smart move. A move that could result in six-figure winnings…