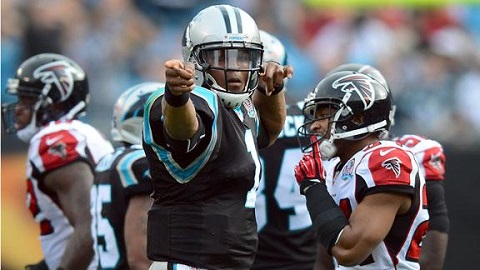 Lamar Miller – 19 CAR, 92 YDS, 1 TD and 5 REC, 58 YDS. Miller put on a clinic against the Vikings! Unfortunately though, it’s wasn’t a health clinic. Sorry to all the low-income Dade County residents.

Julio Jones – 7 REC, 107 YDS. Well, he didn’t get a touchdown, so there’s some silver lining here for all of you who didn’t start him due to injury concerns. (I was one of those people, if I thought I had better options.) Lesson learned. These injured “decoys” will be productive 100% of the time, some of the times, 50% of the time.

Jimmy Graham – 6 REC, 53 YDS, 1 TD. We’ve replaced Jimmy Graham with the corpse of a 107-year-old quadriplegic for the past month. Let’s see if anyone notices… (But did the quadriplegic play basketball?) 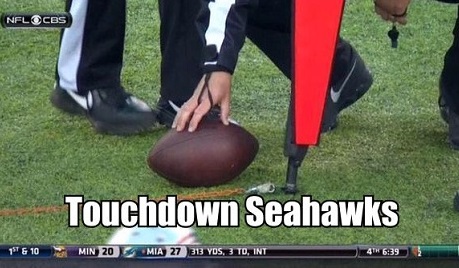 Never thought the “Tuck Rule” would be upstaged…

Danny Amendola – 8 REC, 63 YDS. Tried hard to fit in that annual season-ending injury… and he can’t even do that correctly.

Rob Gronkowski – 6 REC, 31 YDS, 1 TD. Gronk as a blocker is about as reliable as Gronk as a celibate.

Jeff Cumberland – 3 REC, 43 YDS. The army of the Cumberland Chattanooga’d the Patriots secondary.

Al Davis’ eternal flame, burning the Raiders franchise to the ground forevermore. So they can have this.

Annnnnnnd the 2014 Eagles are dead.

DeMarco Murray – 22 CAR, 58 YDS, 1 TD. At first, it looked like Murray was just going to come out on pass-blocking situations, but Jason’s Garrett fascination with ending Murray’s season as fast as he can was, apparently, way too tempting. To be honest, the Joesph Randle (13 CAR, 37 YDS and 1 REC, 7 YDS, 1 FUM) and the Lance Dunbar (2 CAR, 4 YDS and 2 REC, 10 YDS) Experience seemed unnecessary.

Trent Richardson – 2 CAR, 1 YDS and 2 REC, 8 YDS. Imagine if he didn’t have to play six games against the AFC South every year…

Marshawn Lynch – 10 CAR, 113 YDS, 2 TD. I would have thought that the Cardinals would have been even less inclined than usual to to tackle him since Lynch was likely to sh*t himself on impact.

Ryan Lindley – 18/44, 216 YDS, 1 INT. I’m not necessarily saying Logan Thomas is the answer here, but we’ve already seen enough Ryan Lindley to know for sure that he isn’t the answer, right?