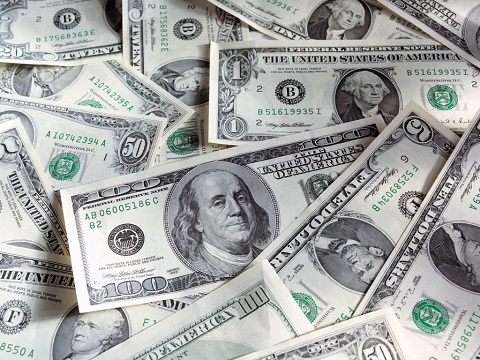 Jay has tasked me with writing about FAAB, the player acquisition method formerly known as Free Agent Auction Bidding. I’ll discuss who to pay for and how much to pay. It will also be useful for those of you in traditional waiver leagues, because ultimately it’s about in season player acquisitions. So use this in conjunction with some of the similar posts you’ll see around Razz like the waiver wire and buy/sell posts. Those posts can help inform your FAAB bidding as well. Because after the draft, what remains is roster decisions and lineup decisions.  Razzball has you covered for both this year!

What do you mean FAAB??? IN MY DAY we only had waivers! FAAB is a type of waivers resolution. Instead of waivers being resolved with waiver priority, with FAAB they are resolved by blind bidding.

Last year Son wrote the ultimate guide to FAAB with a convincing argument on why you should use it and general strategy. It’s a must read for someone that is just starting in a FAAB league. Here’s my take on why you should use it. It basically boils down to the alternative is terrible and FAAB is fun and fair.  The alternative being one of two waiver settings:  Continual Rolling List or Inverse Order of Standings. I think you are familiar with at least one of these but if you are not, you can look it up under your fantasy provider’s “Help” or “Rules” section. I’d sum them up as the bottom of the barrel, barely better than leaving players as free agents at all times.

I’m the commissioner for one of each baseball and football leagues and both have used FAAB since 2013.  And I can tell you once you make the switch you never think about going back to waivers again. Seriously, start beating down the door (figuratively) of your commish to get him to listen to you about using FAAB as your player acquisition setting.

The two most common FAAB settings are:  Continuous (unclaimed players stay on waivers at all times) and Waiver Period (at game time all free agents are added to waivers then when the time period is up any FAAB claims for these players are processed, all released players are subject to the waiver period and bidding as well).

With some interesting players possibly being out there on waivers in your FAAB leagues, let’s do a World Wide FAAB preseason edition. Many of these players will be already owned, especially in 12 team, but there is another purpose for their inclusion:  To set a baseline. Or to put it another way, to give you an understanding of how much I’d recommend paying for a player of the same approximate value as these players. Take all ($values) as a baseline only. I don’t know how aggressive your league mates are nor your team’s situation. The values are for $100 budgets so you can also simply view them as percentages.

Spencer Ware ($10-16 depending on your short term need at RB) Jamaal Charles looks sketchy for week 1 and could have a slightly diminished role for the first 2-3 games (my best guess) he plays in.

Christine Michael ($8) One week ago I thought it was a legitimate possibility that Thomas Rawls might not play week 1. Now it seems highly likely that he will play. Still, in case Rawls is not effective Michael needs to be owned in leagues of every size.

Terrance West ($8) Because Justin Forsett was cut by the Ravens and West could end up their feature back.

Stefon Diggs ($8) Maybe he was somehow dropped in your league due to the Teddy Bridgewater injury. I like what Sam Bradford does for his fantasy value, at least relative to what Shaun Hill was doing for it.

Javorius Allen ($5) Worth owning to see what his role is in week one. He will quite likely be at least a passing down back so flip his and West’s suggested values in PPR.

Dak Prescott ($0-$3 depending on your week 1 intentions with him) has a great matchup (by 2015 rankings anyway) against the Giants for week 1.  I think the play here is to own him for a week or maybe two to see how he does or possibly start him for week 1 if your other option is bad.

C.J. Spiller ($1) He needs to be owned through week one in 12 team leagues. I’m not saying your team needs to own him, but there is at least one team in every league where he would be worth it. He played some with the first team in preseason. Remember the Saints signed him to 4 years, 16m, 9m guaranteed. That’s the money you give to a player you plan to use. But just because that was the Saints plan at the time doesn’t mean it will work out that way, but own him to see what his week one role is.

Charles Johnson ($0) Same as for Diggs for QB situation analysis but much more unlikely to be owned. Probably not ready to be owned yet in 10-team leagues but in 12 teams maybe you can make room for him.

In PPR formats pay more for the WRs and TEs, less for everyone else except RBs that get a lot of work in the passing game. These values are primarily a reflection of how valuable I see these players being. You may need to alter them to fit team needs as well as for other factors.

I’ll wrap this up with some general FAAB advice “the one thing I do need to say about FAAB money is this: SPEND IT!!! It doesn’t roll over into your 401k and you don’t collect interest on it. If you don’t use it, you lose it. It’s free money so utilize the resource.” – Son, from the post I referenced above. He’s right. But I’ve talked with Son about FAAB before and he is more aggressive than myself and it should also be noted that I am probably the most aggressive spender in my league.

The bottom line is that it is better to spend than to be left with a bunch of money at the end. But be careful of going overboard. Intelligent opinions can vary wildly. Two years ago (or so?) when Jamaal Charles went down with a “high ankle sprain” some analysts were saying spend $60 on Knile Davis. I thought that was too aggressive. It really all depended on how long you thought Charles would be out. I ended up placing a $20ish bid on him and I lost out. Not only did I lose out, but my opponent for the week was the high bidder for Davis and he ended up starting Davis against me. I think Charles ended up only missing a total of two games so the super aggressive bids were a bit misplaced. But bidding all depends on your league and situation.

Good luck with all your FAAB this year. By the time of my next post, week one of 2016 Fantasy Football will be in the books.