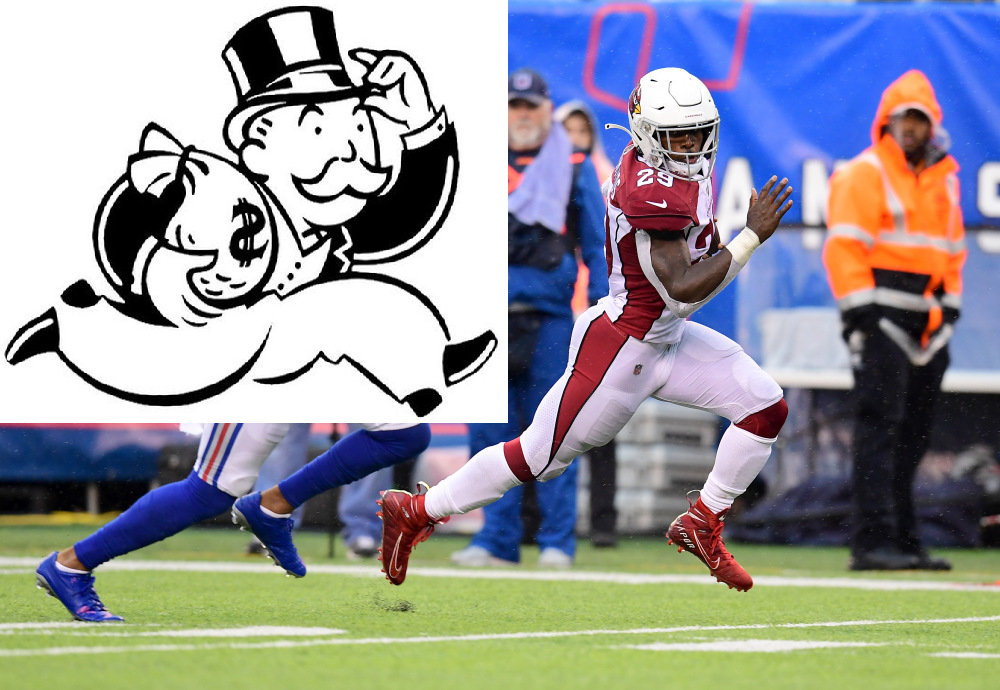 Real quick want to bring up Sunday tinkering. In a league where I have Patrick Mahomes, Davante Adams and Alvin Kamara (I promise I won’t talk about my team for long, but it’s my column, so bear down with me) I knew it was a loss after Mahomes went down Thursday night with seven points. I had no good flex, so I put Chase Edmonds in. Great call, right?

Well Sunday morning I get to tinkering. It’s a ten-team league and Latavius Murray was on waivers, so I added him. Then as I flipped through morning NFL shows I convinced myself that Murray was the guy to start over Edmonds. Ten minutes into the games on Sunday, and Edmonds has two TDs and I’ve turned off the TV.

So I set down my phone and went for a walk to clear my head of the direct anger. I read a piece years ago talking about how clear it is with fantasy football when you’ve made a mistake, versus in life (a lot more gray areas there, amirite?). It felt too true right then. But what happened? Murray had a huge second half and wound up only scoring six less points. I still got creamed but felt a little better about my last second fill-in. Every time I do a late Sunday lineup change I usually regret it. How do you all handle Sunday changes?

Anyhoo, by this time you should’ve spent some FAAB money so we’re updating the amount we have at this point to $50; if you have more by all means add it to the dollar amounts listed here and get your guy!

*All ownership as of October 21st

$37 – Chase Edmonds, ARI (48% Y!, 32% ESPN) My pick of last week, and he was cheaper then. Spend all your money if you own DJ; spend half your money if you don’t.  QUick aside, backup RBs thrust into starting roles are who are going to garnish the most FAAB dollars from this week to the end of the season. Well them and $1 Defenses. The worthy WRs have usually made themselves known by now, and QBs are on a strict need basis, bye weeks or injuries or both! Best to find that stud backup RB on the waiver wire the week before the starter goes down. Aaaaaand then tell me the Mega Millions winning numbers next drawing, ok?

$5 – Mark Walton, MIA (20% Y! 5% ESPN) I mean, he should be owned, but Peterson has been available in most leagues thus far and I’d rather have him.  Same with Gore. It’s funny, Gore is still owned in less leagues than Singletary, and Singletary hasn’t done much of anything besides be hurt for four weeks.

Wide Receivers: This is not the week to be looking for pass catchers, btw.

$2 – Allen Lazard, GB (37% Y!, 16% ESPN) Not paying more than $2 for him(obvs) since if he can’t have a killer day with what Rodgers did this past Sunday, then he’s not going to on any type of consistent basis.

$22 Left to spend; need an upgrade to D, so I’m going to put my adds in as BAL, SEA then DAL, all for $1.  Also finally going to grab Mattison as a Cook owner and I have an empty IR spot for Guice.

As always, if there is a guy I missed bring them up in the comments and I’ll give them a price. Enjoy the games Razzballers and Razzballettes!