Ben Roethlisberger was forced from yesterday’s game against the Rams when Mark Barron fell onto his leg, bending it awkwardly. While my initial reaction was to breathe a sigh of relief for all the women out there who are mobile enough to out-run a one-legged man, my next reaction was that this looked to be a season-ending leg injury. As of now, the prognosis has gone from leg implosion to ACL injury to MCL sprain, which normally takes around six weeks to recover from. Still, while the news improved throughout the day, this remains a huge blow to not just Roethlisberger, but also to the entire Steelers offense. I doubt Michael Vick ever wanted to start another NFL game again, but here he is, ready to provide clumsy pocket-presence mixed with a canon arm that fires anywhere and everywhere you don’t want it to. So basically a worse Ben Roethlisberger. While Heath Miller probably will stay the same (for now and eternity), Antonio Brown, Markus Wheaton, and Martavis Bryant (when he returns) will likely have some issues to contend with. Le’Veon Bell benefits the most, as check-downs need to go somewhere, and there will be even more emphasis on the Steelers rushing game. That being said, it can be a double-edged sword when defenses start game-planning against such things, so we’ll have to see what kind of magic Offensive Coordinator Todd Haley has ready to go. Haha, Steelers are screwed. But don’t worry, Big Ben’s third leg still works ladies! (Whether you like it or not…)

Keenan Allen – 12 REC, 133 YDS, 2 TD. Allen was able to be productive even though the entire San Diego M*A*S*H unit was in full effect.

C.J. Anderson – 8 CAR, 18 YDS and 1 REC, 9 YDS. C.J. Anderson: Still pointless, Earth: Still orbiting sun. At this point, he’s essentially a sunk cost and we’ll just have to wait to see if he actually does something other than nothing. It certainly helps that Ronnie Hillman (7 CAR, 13 YDS, 1 TD and 1 REC, 3 YDS) has been equally sh*tty.

Cole Beasley – 4 REC, 49 YDS. More like Cole Beastly, amiright? It’s only because I couldn’t figure out how to make “gritty” fit into his last name. It’d come out something like “Greasley” which makes no sense. Unless you’re from Indiana.

Alfred Blue – 31 CAR, 139 YDS, 1 TD. Some Alfred Blue impostor had a really great game against Buccaneers. He still remains a step below medicore for me, but with Arian Foster’s groin injury still creating a murky timeline for a potential return, I am forced into believing that Blue will still be a getting a majority of carries.

Jimmy Clausen – 9/17, 63 YDS and 3 CAR, 13 YDS. Honest to god, I am always surprised when I see Clausen is still in the league despite not hitting puberty yet. I will be supporting his “Jimmy Pickles” nickname, mostly because his play is basically the equivalent of a mouthful of vinegar.

Charles Clay – 5 REC, 82 YDS, 1 TD. Charles Clay ran through the Dolphins defense like he was the second, fatter, slower coming of Barry Sanders!

Isaiah Crowell – 10 CAR, 36 YDS. All’s Crowell that ends Crowell. I have no idea what that means, but here‘s what I’m trying to convey.

Andy Dalton – 20/32, 383 YDS, 3 TD, 1 INT and 5 CAR, 10 YDS, 1 FUM. It’s going to be so sad when Dalton looks absolutely ridiculous in the first Bengals playoff game after going 12-4. And trust me, for every three games of competent and above-average play he provides, there’s a game where he throws for 80 yards and 3 interceptions. You have been warned.

Lance Dunbar – 1 CAR, 5 YDS and 10 REC, 100 YDS. I was so dumbfounded by this, I actually looked up Dunbar’s career stats to share this: He has 424 receiving yards in his career. Yesterday’s game now represents 24% of his career receiving yardage. Honestly, I’ve saw better tackling on reruns of COPS than what the Falcons did yesterday.

Larry Fitzgerald – 9 REC, 134 YDS, 2 TD. There were so many Dolphins dying on the field yesterday, you’d think the Japanese were responsible.

Devonta Freeman – 30 CAR, 141 YDS, 3 TD and 5 REC, 52 YDS. The Falcons literally only gave the ball to TWO players (Freeman obviously being one, and Julio Jones the other), and Dallas’ defense couldn’t do anything about it. I can’t imagine living in a world where Freeman does things like this, but with Tevin Coleman out for several weeks and Matt Ryan being the only other player with rushing yardage on the team, he would seemingly be fantasy relevant. (I’M SHUDDERING.)

Nick Foles – 19/28, 197 YDS, 1 INT and 1 CAR, 10 YDS. He’s stopping at nothing to keep Jeff Fisher in his resting face, and Foles really needs to do something about it, because Fisher’s resting face is that of someone who just put down their dog.

Justin Forsett – 10 CAR, 13 YDS and 4 REC, 16 YDS. DO SOMETHING CONGRESS! If we didn’t already have two games to draw conclusions from, I’d say this performance was an abnormality. The Ravens threw 49 passes (compared to 18 rushing attempts) and were playing from behind for much the game until it turned into an all-out shoot-out. (If Ray Lewis was still playing, it’d be a knife-out.) But I’m concerned, the offensive line has looked pretty terrible, and while I won’t say age is a factor here, Forsett has yet to get a touchdown.

Matt Forte – 20 CAR, 74 YDS. Forte had a pretty impressive game against the “Sea Fence”, considering his surround cast of Jimmy Clausen and a bunch of stuff. By the way, how is “Sea Fence” a thing? It makes zero sense. A seawall is a thing, a sea fence… is not. The sea could go right through a fence… just saying.

Jimmy Graham – 7 REC, 83 YDS, 1 TD. I’d assumed, with such a strong performance, that he would have managed some rebounds too.

Rob Gronkowski – 4 REC, 101 YDS. Guarding Gronk is overrated, trust me guys. Honestly, this is getting to be Bears Secondary – Jordy Nelson levels of ineptitude these defenses are showing…

Percy Harvin – 2 CAR, 16 YDS and 7 REC, 66 YDS. I always forget that Harvin is on the Bills. It’s like Rex Ryan just collected every rogue and vagabond he could find around the league. In fact, the only player he didn’t get was Chris Johnson, but that probably had more to with being involved in a drive-by shooting during the off-season. Ya gotta throw punches instead is the lesson here.

Carlos Hyde – 15 CAR, 51 YDS and 1 REC, 10 YDS. Most people don’t know that the 49ers are called the 49ers because that’s the number of tires burning in this dumpster.

Chris Ivory – Ivory said he felt good yesterday, but I’m sure I would have felt good just standing safely on the sideline. His comments do signal a potential return in Week 4 from his groin injury, which would be great as Bilal Powell (10 CAR, 31 YDS and 7 REC, 44 YDS) essentially did nothing. In the mean time, I’m hoping the Jets sign a pale white quarterback named Brad Ebony.

Andre Johnson – (1 TGTS.) I’m thinking Andre Johnson might actually not be very good this year folks. I’m on the fence (NOT THE SEA FENCE PEOPLE) about whether he’s droppable yet. I’d still say no, but we’re getting closer to that point.

Calvin Johnson – 8 REC, 77 YDS. Okay, who reminded Stafford that Megatron actually still exists and is not a figment of his imagination?

Julio Jones – 12 REC, 164 YDS, 2 TD. This whole “Let’s leave Julio wide open” game plan didn’t work. Regardless, how good is Julio Jones? He’s essentially the only reason why Hankerson is on his way to surpass all of his career numbers simply by just lining up next to him.

Colin Kaepernick – 9/19, 67 YDS, 4 INT and 7 CAR, 46 YDS, 1 TD. Kaepernick was a thing of beauty yesterday. What ever the opposite of Kaepernicking is. Kapersh*tting probably.

Brandon Marshall – 10 REC, 109 YDS, 1 TD, 1 FUM. I’d ask why the Jets can’t have nice things, but it’s because of plays like that one. Honestly, I think Brandon Marshall was trying WAY too hard to be a true part of Jets lore…

Peyton Manning – 31/42, 324 YDS, 2 TD, 1 INT and 1 CAR, -1 YDS. I like how after three weeks, Kubiak’s entire offensive system has become “let Peyton figure it out”. Why would you even put in a new offensive system? It’s my (granted, limited) understanding that Manning knows what football is and what it does…

Lamar Miller – 7 CAR, 38 YDS and 3 REC, 27 YDS. Along with Jonas Gray (9 CAR, 49 YDS), this Miami running attack really deserves an estoppel action. I understand that Miller’s ankle is an issue, but Offensive Coordinator (emphasis on “offensive”) Bill Lazor continues to give up on the running game as early and as often as he can. We’ll see how Miller rebounds in London, but I’m hesitant to start him if I have other options at this point.

Joseph Randle – 14 CAR, 87 YDS, 3 TD and 2 REC, 18 YDS. Joseph Randle single-handily outscored some fantasy teams yesterday. It’s been pretty clear that Randle was always going to be the feature back, and while his floor is more attractive than his ceiling (housing metaphors!), this did nothing but solidify that he’ll get a majority of the carries. That and DMC is terrible.

Theo Riddick – 7 REC, 61 YDS. Nothing personal, but I kind of hope Theo Riddick gets arrested for a weed violation so we can make jokes about the Chronicles of Riddick.

Ben Roethlisberger – 20/24, 192 YDS, 1 INT. As stated in the lede, Roethlisberger looks to be out around six weeks. For those who own him, I’d probably stream at this point and not handcuff with Michael Vick if possible. I’d probably also lock up your daughters. Or just keep them in buildings that aren’t wheelchair-accessible…

Brandon Weeden – 22/26, 232 YDS, 1 INT. There’s the Weeden we know. Look, while he’s not that great of quarterback, he does tell a great story about when he almost met President Truman.

Jameis Winston – 17/36, 261 YDS, 1 TD, 1 INT. Winston has the poise of Blaine Gabbert. And the Body of Jamarcus Russell. And the arrest record of Darren Sharper.

Jason Witten – 6 REC, 65 YDS. Impressive, seeing as how Witten was playing in a full-body cast. 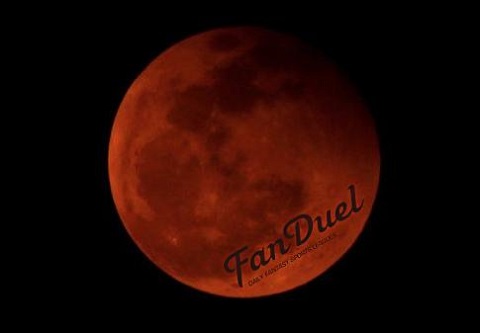