What’s up fans of American Football!? It’s your good buddy Honcho back to walk you through the AFC North. Yuck. That was my first reaction when I was assigned this division. I mean, can you think of four teams that deserve each other more than this group of franchise swapping,  Super Bowl gloating, bad chili pushing tough-guy wannabees? Yeah, me either. This division is tough to love. I mean truly it is. But I’m here to give you the tour so let’s proceed.

Our first objective is to identify the participants. Let’s start with the Cleveland Browns. Okay, cool. So you’re feeling good about the NBA season, but guess what LeBron’s not under center…..And that’s probably a bad thing. They hired a baseball analytics specialist to ruin –  errrrr I mean run things. The Dodgers thought so little of him they ran him out-of-town. What could possibly go wrong? So here’s the thing…I think they’re on the right track, accumulating draft picks and athletes – but this isn’t the year. Heading south, but still staying in Ohio we find the Cincinnati Bengals who have a better than average team, but just can’t win a playoff game. They’ll give it another shot this season and will probably challenge the Steelers for the top spot in the division. Speaking of the Steelers….Is there a more insufferable fan base in football? I’ve been to Pittsburgh more than a few times and you know what? Every Steelers’ fan looks the same. How is that possible? The jorts say it’s summer, the tucked in jersey says it’s football season, but the waistline says you gave up a long time ago. Ha! Just kidding Pittsburgh, I love your city! Mostly due to Primanti Brothers but hey, gotta start somewhere, right? This year you’re the team to beat in the North. Don’t mess this up. Finally we have the Ravens. Flacco’s back. That’s good. They signed Trent Richardson and then proceeded to release him shortly after. He didn’t even stick around to try Ray-Ray’s famous “Deer-Antler” spray. That was rude. Anyway, the Ravens are staring 8-8 right in the face, but if any team can luck box their way into the playoffs it’s this bunch.

So, with all that said the fantasy relevant information awaits. Per usual, I’ll list the teams in order of predicted finish. Here we go!

I don’t have a lot of injury analysis for you in this one.  Just some quick hits and an amazing Tyler Eifert update.  Tyler Eifert missed last week’s game with a neck injury… Perhaps he was malingering so he could do this instead of playing on Sunday:

I'd like a Super Bowl ring #Santa #NiceList pic.twitter.com/2CDBiPVsdq

Okay, not that the picture was taken on Sunday.  I don’t think it was.  But look, this picture is just.. weird.  A grown man probably shouldn’t be sitting on Santa.  So I hope this had some tie in to an official appearance or some kind of charity benefit.  I wonder if his #NiceList refers to what he’s done for fantasy owners this year?  Jay, maybe you need to get in the holiday spirit and come out with a “Naughty/Nice” list for fantasy football this year.  You know, the list more commonly known as Bust/MVP.  I’m not saying it’s a good idea, I’m just saying it’s an idea.  Anyway…  Tyler Eifert (neck) was “limited” for practice Wednesday after he missed last week’s game. So that makes me think he’ll play this Sunday.  But they’ll probably want to be certain on this one so I wouldn’t be completely surprised if he missed.  But I think he’ll play.

Homies, I’m home! Greetings! I come to you live from Kathmandu, at a retreat where other Elder God chosen worshipers come to participate in peyote smoking, animal sacrifice, and some other mind-stimulating activities I’m not at liberty to discuss. Living at this elevation has really helped me clear my head of all negative thoughts and distractions, and if the Elders are correct, this will be the greatest weekend of my Fantasy Football predicting life. Thus far, we’ve discussed “fear of failure” and “radical acceptance”, and all of a sudden, things have become so clear for me; Razzball will go on to become the largest fantasy sports site on the planet and I will ride around our world’s largest cities on an elephant while women throw themselves at my well manicured feet. You’ve got to be realistic about these things.

I am Tehol Beddict and this is Start ‘Em and Sit ‘Em! Take heed!

My rankings have been updated and can be found here.

During last night’s live thread, I queried: Which Michael Vick would show up? The “watch me earn salary I’m going to do nothing to justify” Vick, or the “I’m going to trigger my disability insurance” Vick. Turns out, it was a little bit of both. I mean, let’s be honest, you can take Michael Vick out of the Jets, but can you really take the Jets out of Michael Vick? While the Ravens 2015 season is still on life-support with a resoundingly dull win in overtime (special thanks to Josh Scobee for doing his best Josh Scobee impersonation, missing like 80 field goals, and all of them in the fourth quarter), it was nice to see Justin Forsett is actually alive and quite well. I had assumed he was legally declared dead, but the gaining of positive yardage was enough evidence to change my opinion on that matter. Despite all of that, watching Scobee slowly (or quickly, depending on how you viewed the game) get into the unemployment line combined with Vick’s underwhelming performance, along with Joe Flacco’s elite everything, all topped off with the worst decision-making by coaches in a long time… well, I’m going to go ahead and call last nights game “Physically Impossible”. Because it sucked and blowed at the same time…

Greetings! Doing two posts a week, back-to-back, can be quite stressful, especially considering I’m attempting to give you nothing but my pure unadulterated best. Sometimes it’s necessary for me to spend 30 minutes in a steamy hot shower, letting the water pelt my chiseled body, watching the droplets stream down my crevices (anyone else aroused?) like the tear drops cried by the last 3,000 women who attempted to tame me, while listening to hard hitting rap music, in order for me deliver something I deem acceptable. [Jay’s Note: The longest sentence ever…] So, shout out to Drake (for the first and last time), for dropping hot fiery rocks on Meek Mill the fraud and for inspiring me to touch on every single offense playing skill position player drafted in the first three rounds of 2015. I won’t dig too deep, as the majority of your attention span seems to be shorter than a squirrel’s privates, but if you have any specific questions on the named men, then ask them in the comment section and will reward you with a facial of fantasy football information. Remember to look at some of these players from a dynasty perspective, as I know many of you, much like myself, like to pluck them when they’re young, cheap, and willing… When it comes to Lord Beddict, first of his name, remember to hate, not the player, but the game. 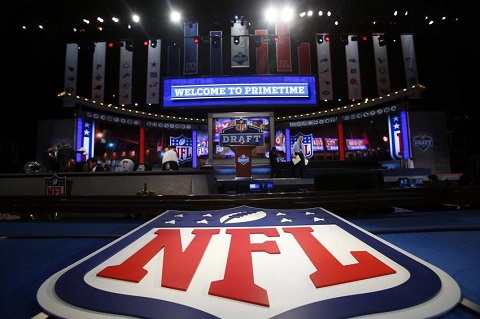 Now that the NFL Draft is over, we know where all of the rookie skill players are going to be playing this season. This was a loaded and well-stocked rookie class when it came to skill positions like wide receivers, running backs, and quarterbacks. Plenty will be big fantasy football contributors and this list will rank them in order (you can find Part 1 here). Some could be the difference between winning your league this year and losing it. These rankings will show you who to target and look for in drafts.