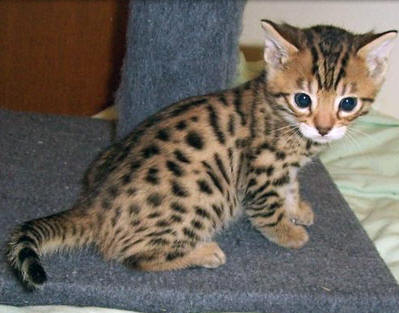 After last Sunday’s unexpected, yet sort of expected meltdown against a Patriots team that was seriously broken to that point, one has to wonder if the Bengals will ever be ready for the spotlight. Signing Andy Dalton to a six-year, bajillionty dollar contract extension this past offseason certainly showed us that their front office is all in. Or, at the very least, supports the ingredient ginger. And while you could argue that such a large extension for a quarterback that’s mainly used as a bar for comparing other quarterback’s talent levels (if your quarterback is better than Andy Dalton, you’re in pretty good shape, if he isn’t, you’re screwed), it’s not  like there’s an abundance of elite throwers out there. Plenty of Jason Campbell’s and Kevin Kolb’s though. So there are worse things you could do at the position. The Jets say hello. And paired with one of the best receivers in the NFL in A.J. Green, with Giovani Bernard and a top-5 defense, you could see this Bengels team go really far. Just as long as they don’t have any more games in prime time. Or during Wild Card weekend. Or any playoff game in general. But besides that, I could totally see this team take off. Really.

Week 6 Rankings have been updated for today’s games. You can check them out here.

Joique Bell, coming off a concussion, will be the primary back for the Lions this weekend. This seems logical as Matthew Stafford looks like their second best running back at this point.

It’s being reported that Jordan Reed “will play a decent amount if active”. More vagueries for the vaguery Gods! Here’s another report: I’m probably going to eat a sh*t ton of prime rib and shrimp at Luxor Hotel in Las Vegas, but only if I go there. Update: Reed has been cleared to play today.

As of this posting, Carson Palmer (after thowing “at about 80% during practice”) still remains a game time call. The nerve! (Haha. Yeah…) Drew Stanton, however, has been fully cleared to play after suffering a concussion in last week’s game against Denver. Update: Looks like Palmer will start today.

And speaking of the Bengals, they have ruled out Marvin Jones and A.J. Green for today’s game, leaving Mohamed Sanu and, well, receivers I don’t know the names of, as Dalton’s only pass-catching options. And no, Jermaine Gresham does not count as a receiver. Unless you include him receiving paychecks for no reason at all as part of the definition.

While I could go the easy route here and throw out some weather puns, I’ll just save you the heartache and simply relay that Storm Johnson may not get the primary volume later today. “Not one back will dominate the carries.” With Toby Gerhart ruled out (who cares), it looks to be a potential time share between Johnson, Jordan Todman, and Denard Robinson. And while I still think Johnson could be an intriguing bench piece for your team, it may not be meant Toby. [Drops mic, exits stage.]