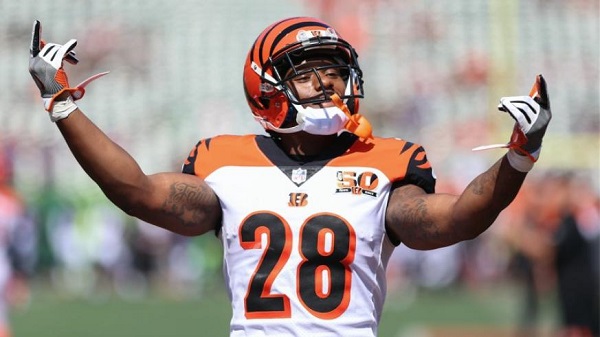 Would you trade Luck for Devante Parker? Or should I wait till Luck comes back and sell at a higher value?

Ehh, I would probably hold Luck depending on other factors.

I would hold, personally. I think your RBs are good enough to not have to give up AB in a deal like that. Hurts your WR corps more than it would help at RB, IMO.

I’ve got a few choices going into games this week and wanted a second opinion:

CJ Anderson, Chris Carson or Jordan Howard at FLEX (I like Carson’s march up this week v the fins)

Hey, Mike. I would be a little weary of starting Marshawn after what Denver was just able to do to Zeke.

For the other one, I assume you mean Colts and not Fins for Carson, right? I kinda like Howard but I do like that matchup against the Colts.

PPR Keeper League Question: Should I do this deal. I have Freeman, would be getting Cooks/Coleman. My RBs are Murray, Freeman, Martin, Kamara, Rawls, Burkhead.
My WRS are Hopkins, Cobb, Benjamin, Golladay, Mike Williams (LAC) Allen Robinson (IR)

@mikeMaher: Thanks for the help!