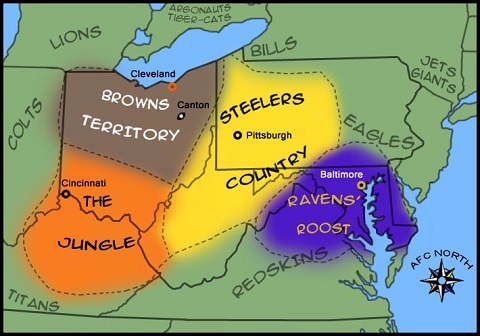 So let me get this straight… there are three AFC North teams in the playoffs? No, I don’t care for this much AFC North in the playoffs. And I guess I should tackle the elephant in the room and mention that yes, I do know the Chargers lost. (I like bourbon more than bourbon likes me. True story, bro.) That’s okay, not every one can play in the NFC South. So yeah, now we can officially say good bye to the 2014 regular season of the National Football League. (We hardly knew ye!)

While most of us essentially closed up shop last week, today actually marks the end to Razzball’s 2014 Fantasy Football Season, and like I said the other day, we couldn’t do it with out you guys and gals. The Razzball community is numero uno, which I could translate for you if I knew French. Obviously, I don’t. I’d like to also give a special thanks to all of our contributors this season. KC (Kati), Jennifer, Andrew Nordmeier, Seth, J-FOH, Kevin Kumpf, Smokey, Nico, Tehol, malamoney (Matt), waterloo (Michael), and Ralph… great job everyone!

Be sure to join us during the offseason. We’ll be dissecting our previous rankings, projections, preseason calls, and then we’ll have the draft content, the free agency period soon there after, and before you know it, mini-camps are back and we can do this all over again. Time is a flat circle. Everything we’ve ever done or will do, we’re gonna do over and over and over again. Alright-alright-alright. Until then, Razzball is covering your favorite non-football sports for Basketball, Soccer, and Hockey.

Now, back to your regularity scheduled round-up…

Note: With a majority of games lacking anything resembling drama, we’ll switch back to our “old school” blurb format and forgo the game-by-game presentation.

DeSean Jackson – 2 REC, 86 YDS, 1 TD. Good thing the Eagles got rid of Jackson. That worked out wonderfully for them.

Michael  Floyd – 8 REC, 153 YDS, 2 TD. I see Floyd waits until the fantasy football season is over to become useful…

Shaun Hill – 26/37, 243 YDS, 2 INT. That’s probably why Shaun Hill is not a real starting quarterback. I guess the question is, did we need a reminder?

Eddie Lacy – 26 CAR, 100 YDS and 3 REC, 26 YDS. Lacy runs like there’s an ice cream sandwich dangling in front of his face. To be honest, I’m pretty sure that the visor in his helmet is so the team can project that sandwich on a HUD.

Antonio Brown – 7 REC, 128 YDS, 1 TD. That’s it, I’m scheduling the sexual reassignment for Thursday. I need to have Brown’s children.

Thanks again everyone for being a part of the 2014 Season!