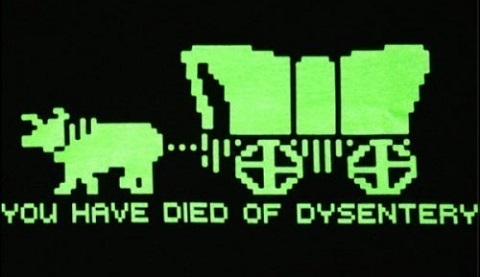 To be honest, I’m not really sure what to do with myself right now. As I’m writing today’s recap (which will be yesterday’s recap when you read this), I find myself essentially writing my first ever obituary. It’s certainly not a fun feeling writing about gruesome, year-threatening, maybe even career-threatening injuries, but seeing as this all came on a day where we saw the Cleveland Browns finally have an opportunity to understand what this “happiness” emotion is that they’ve heard so much about, but have never experienced, and that the Bills are officially on pace to go 16-0, we can try to find some sort of silver lining here. Or just realize that the world is about to come to an end. Also, LOL Jets.

C.J. Spiller – 12 CAR, 69 YDS and 1 REC, 9 YDS. Has some of the most exciting negative yardage plays I’ve ever seen. And depending on your league settings, He had 2 kick returns for 122 YDS and 1 touchdown. So, pretty much thanks for nothing in the leagues I own you in.

Sammy Watkins – 8 REC, 117 YDS, 1 TD. Quite possibly the break-through game for this rookie. I’m not huge on rookie wideouts, as you may know, since for every 20 Patterson’s, there’s just one Allen… but I’ll go out on a limb and state that Watkins could be closer to Allen than I originally thought.

Knowshon Mareno – 1 CAR, 4 YDS. Dislocated his elbow, with a possible fracture, and he’s expected to miss 4-8 weeks. If you think that’s bad, it only gets worse…

Mike Wallace – 5 REC, 56 YDS, 1 TD. I’m not especially high on Wallace, nor am I low, and he just produced numbers that match my conclusion. So it would seem we both have no strong feelings on what his fantasy value is. 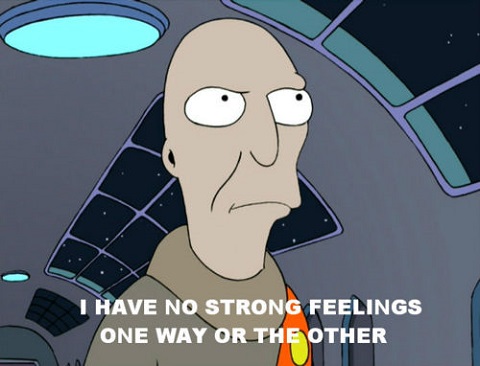 Robert Griffin III – 2/3, 38 YDS and 2 CAR, 22 YDS. There’s no timetable yet, but watching his ankle buckle live… well, it did not look promising. Right now, the team is calling it a dislocated left ankle, and surgery is looking likely. If so, his season is done. Luckily, you can still tweet with this type of injury, so all is not lost.

Alfred Morris – 22 CAR, 85 YDS, 2 TD. Not as valuable in PPR, but seeing him fall into the third and fourth rounds this season seemed odd. I’m glad he thinks so as well. Because players are totally motivated by their own fantasy scoring. Stop staring at me MJD.

Niles Paul – 8 REC, 99 YDS, 1 TD. Certainly a good game, and if you are in desperate (and I mean desperate) need of a tight end, you could do worse. But remember, he’s been in the league for some time, and while some would say he hasn’t been given an opportunity yet, I would say there’s a reason why.

DeSean Jackson – 1 REC, 19 YDS. Jackson has been diagnosed with a sprained AC joint. Is this even real? Does it involve cooling the body when it’s warm outside? He’s listed as day-to-day.

Pierre Garçon – 1 REC, 12 YDS. I actually looked this up, and he did not leave the game with an injury. Sometimes even when you win, you lose.

Andre Ellington – 15 CAR, 91 YDS. Whatever they put in the boot he’s wearing, keep doing it.

Rashad Jennings – 18 CAR, 64 YDS and 4 REC, 45 YDS. Had one the derpiest fumbles late in the game to make sure Tom Coughlin goes on an apple sauce spree this week.

Larry Donnell – 7 REC, 81 YDS. Apparently, the only Giants receiver who decided not to put wax on his hands.

Shane Vereen – 6 CAR, 40 YDS and 1 REC, 0 YDS. Is he sleeping with somebody else’s wife, who Bill Belichick is also sleeping with?

Adrian Peterson – The case will now be reviewed under the NFL’s new domestic violence policy. First-time offenders get a six-game suspension, minimum, and it looks as if the Vikings will be making an announcement on this situation later today.

Terrence West – 19 CAR, 68 YDS, 1 TD and 2 REC, 22 YDS. There’s a lot of hype for both West and Crowell, and it appears there will be somewhat of a time share here. I still like West as the main guy while Tate is out, but Crowell is making a case here.

Andrew Hawkins – 6 REC, 70 YDS. Looks to be the point of the Brown’s passing attack spear. Isn’t saying much, but Hoyer has to throw it to somebody, especially after Miles Austin’s week 4 IR trip.

Jimmy Graham – 10 REC, 118 YDS, 2 TD. There were at least three “Jimmy Graham played basketball” references. Finish your drinks, throw a cat a the TV, and punch a window.

Giovani Bernard – 27 CAR, 90 YDS, 1 TD and 5 REC, 79 YDS. Not quite sure if this was more a function of what appears to be a porous (understatement alert!) Falcons defense, but give credit where credit is due. Good job Falcons!

A.J. Green – The initial testing on his foot was negative for broken bones and he’s been diagnosed with “turf toe”. At this point, it’s being reported that he’ll most likely return after the Bengals week 4 bye. I would advise caution here, this type of ligament strain has been known to affect players for an entire season…

Jonathan Stewart – 15 CAR, 37 YDS, 1 TD and 1 REC, 22 YDS. Are there special glasses you can buy that allow you to watch the Panthers running game without your eyes burning?

Brian Quick – 7 REC, 74 YDS. The Quick puns need to stop or I’m going to quickly engage in some stigmata.

Doug Martin – There have been no updates yet on Doug Martin’s knee, but he was a last minute scratch and I imagine he’ll be questionable this week, making you question why you drafted him.

Ryan Mathews – 11 CAR, 31 YDS and 2 REC, 26 YDS. WOOOOOOO… AW F*CK. The initial prognosis is a right knee injury, most likely a sprained MCL. There’s no time table as of yet, but a sprain is always better than a tear. Excuse me while I remove my captain obvious hat. While Donald Brown is next up, I wouldn’t really recommend him unless you have a hole on your bench. 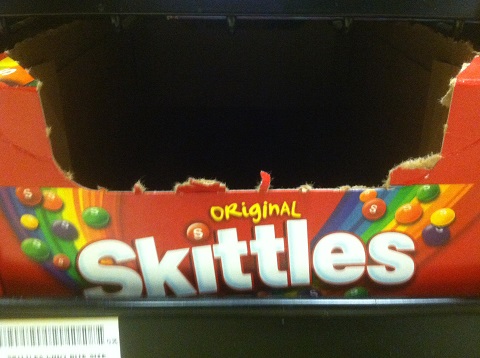 Darren McFadden – 4 CAR, 58 YDS and 2 REC, 31 YDS. McFadden running? I’m just going to assume that his legs will fall off anytime between now and next Sunday.

Demaryius Thomas – 5 REC, 62 YDS, 1 TD. Still waiting for Demyrius Thomas to do something…

Jamaal Charles – 2 CAR, 4 YDS and 1 REC, 8 YDS. Early indications are that Charles’ ankle sprain is “mild”, and is scheduled for an MRI later today. While an Achilles injury was feared, the news seems a bit better right now. I just hope he’s alright. Mostly because he’s an undroppable player and he would be clogging up a roster spot for me the rest of the year. But also because I’m a good person (mostly).

Travis Kelce – 4 REC, 81 YDS. Not like Denver’s secondary has a history of giving up ridiculous deep completions or anything. 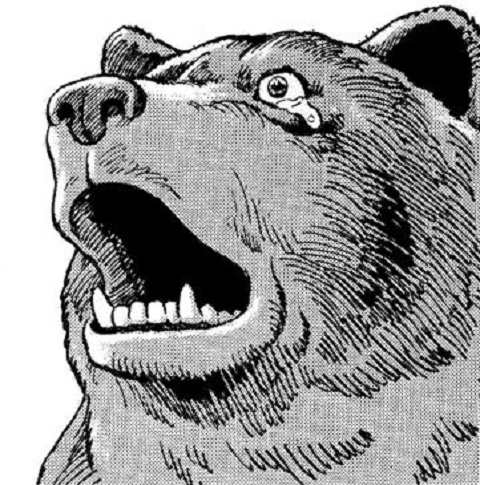 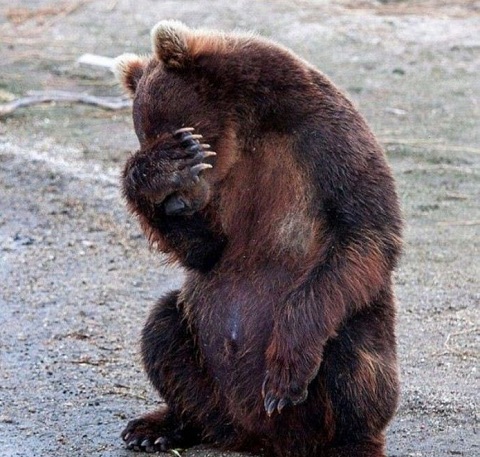 Brandon Marshall – 5 REC, 48 YDS, 3 TD. Jesus, if I wanted to watch a wide receiver destroy zone coverage, I would have just re-watched the Giants game today. 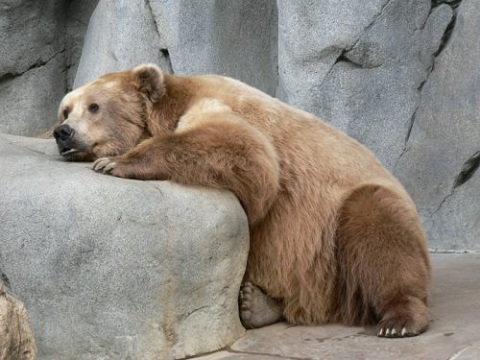 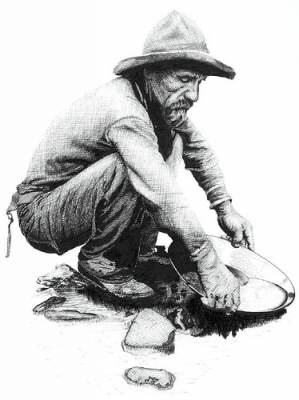