Well, not really, and the real winners (prize winners) will be revealed after the jump, but I just want to send a shout out to everyone involved, including all the Razzball contributors who hosted a league, to all of you Razzball readers who hosted a league, and, of course, to all of you Razzballers who joined and played in our leagues. The Commentator leagues are a unique feature that I personally love to be involved with. I think it brings the community together, and sure, yeah, while you’re trying to destroy each other with Aaron Rodgers and Jeremy Hill, I’d still like to think we’re doing it out of love and togetherness (is that a word?). And in 2014, we had a record-breaking 40 leagues consisting of 480 fantasy owners. I look forward to building on that number next year (while also improving our content covering these leagues), and look forward to bigger and better prizes as well. In the mean time, let us recognize the 2014 Razzball Commentator League Prize Winners… 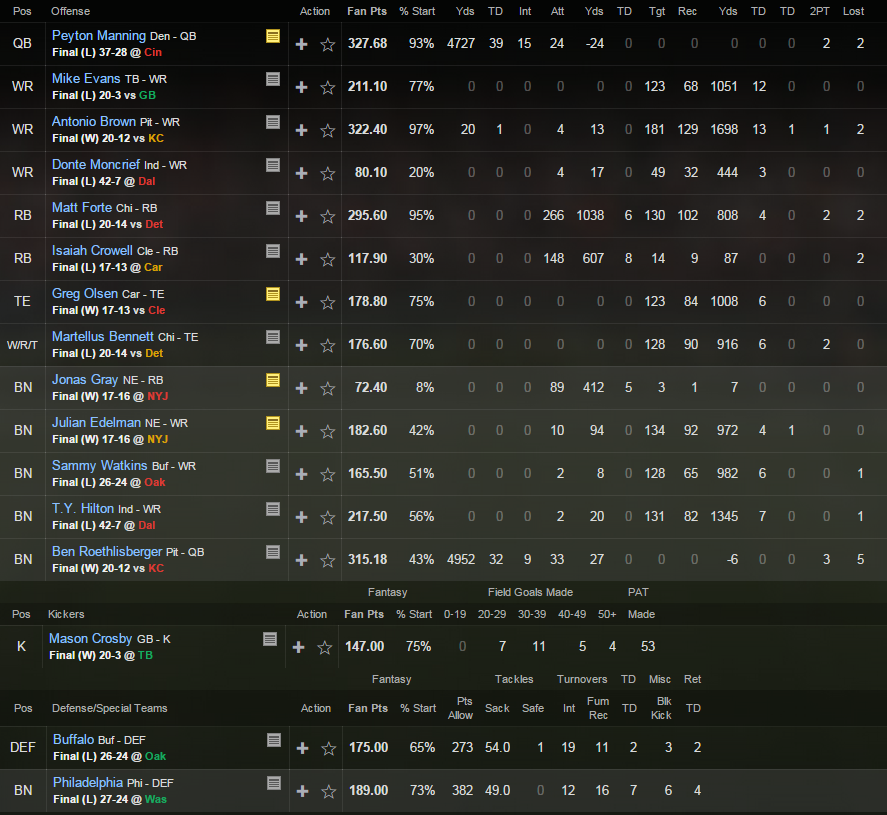 Congrats! The prize was a Fantasy League Champion Trophy, brought to you by our freinds at Far Out Awards and a $100.00 Best Buy gift card.

Prize for Commissioner of the League that Hosted the RCL Champion:

Again, congratulations to all of our winners and thanks to everyone for participating. We’ll see you next season for the 2015 RCLs!