They both are unpredictable, cheat, and torture their adversaries any chance they get.  One adversary he/she has tortured recently is Rex Ryan, but for some reason he wants another shot at Belichick Lestrange one on one. Belichick says if it’s her/him vs. Rex Ryan: “I’ve probably got a little quickness on him, he’s got strength on me.” Translated, that fat ass and his QB can’t hold a hot dog to my wand.

Belichick was also overheard talking to Eric Mangini after a game about his playbook/tapes, “You’re a lying, filthy Mudblood, and I know it! You have been inside my vault at Gringotts! Tell the truth, tell the truth! What else did you take? What else have you got? Tell me the truth or, I swear, I shall run you through with this knife! What else did you take, what else? ANSWER ME!  How dare you defy your master! CRUCIO!” 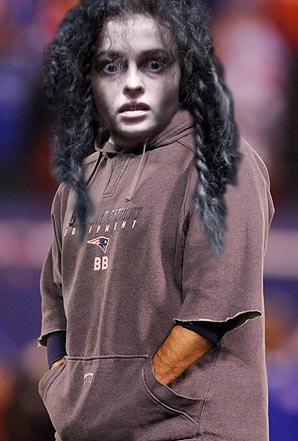 thanks to @Adambuckled for the pic

Belichick Lestrange is to be feared. Don’t be surprised if you see a rogue beater headed full steam for Nick Folk as he lines up to kick a game winning field goal through  one of the quidditch hoops. He/she’s a nutter. 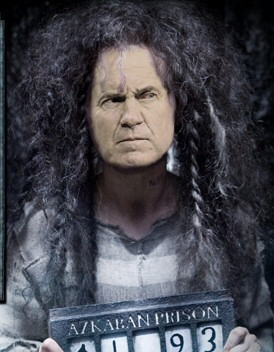