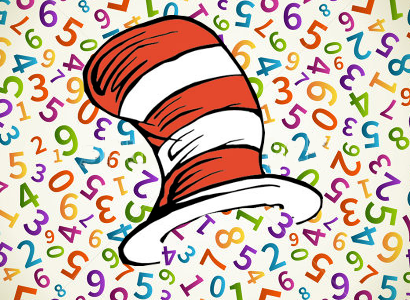 “The sun did not shine, it was too wet to play. So we sat in the house, and made it a Stats Machine day…”

With six weeks in the books, I think it’s time to start analyzing what the Stats Machine (TSM) has had to say so far and see what numbers it’s pulled out of it’s hat.

After week 1 TSM was touting Justin Forsett. Forsett was obvious with Ray Rice punching his way to the sidelines. But even then, not everyone was sold on him and that turned out to be a mistake. In my ESPN PPR league Forsett has scored double digit points every week, scoring touchdowns in 3 of 6 games and is currently the 7th ranked running back according to TSM. The 6th ranked back is none other than Frederick George “Fred” Jackson. Aside from week 2, Jackson has also scored double digit fantasy points in every week. Action Jackson does it on the ground and in the air, as he has the 4th most receiving yards of all running backs. C.J. Spiller (ranked 27th) who? TSM was all over Freddy Boy after week 3 raising the roof on his performance and making you all aware of his value. I hope some of you were listening.

Any guesses who the 10th ranked running back is? Surprise, it’s LeSean McCoy! That’s right. Despite his less than stud-like start to the season McCoy is still a top 10 back according to TSM. If it wasn’t for week 3 and 4, he’d be even higher. So hats off to all of you that stuck with the real McCoy and congratulations to those of you that were able to buy low on him. He looked good last week and I expect him to continue to move up the ranks.

TSM would also like to highlight what is going on in Indianapolis. With Ahmad Bradshaw at number 11 and Trent Richardson at 13, there are 2 running backs worth owning on the same team. Bradshaw’s ranking has a lot to do with the fact that he leads all backs with 5 receiving touchdowns and that he is also a member of the “double digit fantasy points every week” club. For all of the T-Rich bashing that went on early in the season TSM still thinks rather highly of him and would recommend having him on your team.

Jordy Nelson, Antonio Brown and Julio Jones have been the top 3 wide receivers all season. But who else is in the top 10? How about T.Y. Hilton coming in at number 4 and Jeremy Maclin at 5. Perhaps the biggest surprise of the season is Steve Smith Sr. who is the 10th ranked receiver and has likely helped many a fantasy team to the top of its league.

But what about even less obvious players that TSM might have identified early on? After week 2 TSM was pointing at James Jones and Mohamed Sanu. A few weeks later and both are still players that should be owned. In fact, TSM says Sanu is actually a must own. Ranked as the 22nd best receiver, he is almost a must start as well. A lot of this is thanks to A.J. Green’s absence, but in a 12-team league that starts 2 receivers, he is within the top 24. If you picked him up along the way TSM salutes you. If haven’t, shame on you. A few other receivers worth mentioning in TSM’s top 40 include Brian Quick, Allen Hurns, Robert Woods, Markus Wheaton and Malcom Floyd. Who’s next? Louis Murphy?

TSM would like to point out Clay Harbor who despite missing the first 3 weeks is climbing his way up the tight end ladder. Also, for those that had not noticed, Rob Gronkowski is also climbing that same ladder. Only he is much higher up and if he can remain healthy will only get higher.

These are the players that are owned in less than approximately 85% of most leagues that were top performers based on last week’s stats. Please note that I have changed this from 70% to 85% because now that we are 6 weeks into the season player ownership has had plenty of time to fluctuate and most guys under 70% are not owned for a reason.

Two weeks in a row for Branden Oliver. I am sure he is already owned, but if he’s not, grab him immediately. Oliver carried 26 times for 101 yards and a touchdown. He also caught 4 of 5 targets for another 23 yards. I know Ryan Mathews is on his way back, but Oliver has now put up 2 consecutive stud performances. It’s hard to believe that San Diego pulls an Oliver Twist and renders him an unstartable back. Honorable Mention: (Ronnie Hillman 23.5)

Who needs A.J. Green when you have Mohamed Sanu? Maybe Andy Dalton. Despite being 1-1-1 in the last 3 games the Bengals have averaged 29 points per game largely in part due to Sanu who over that span has caught 20 of 31 targets for 234 yards and 2 touchdowns. I hope you didn’t Sanu-oooze on him when you had the chance to own him. Honorable Mention: (Andre Holmes 27.35)

The Jace of spades had himself a pretty good week catching 10 of 12 targets for 68 yards and a touchdown. I’m not sold on him however. It was his first big week and in a position where most teams only carry one tight end, I don’t see any reason to run out and roster him. Nice week though. Honorable Mention: (Clay Harbor 22.55)

To make this list the player needs to be considered a potential starter on a fantasy team. For running backs this is defined as being in the top 36 running backs according to the Stats Machine. Top 36 was calculated by figuring that teams start at least 2 and maybe 3 (flex) running backs each week. In a 12-team league that is 36 (12*3). The same value is being used for wide receivers except I have extended it to top 40 since there are more wide receivers than running backs. Tight ends is top 12.

Back to back jacks for Forte atop the best of the best running backs. Am I surprised? Not at all. There’s a reason he was my first round draft pick and the guy I bid the most on in auctions this year. What did he do this week though? How about 17 carries for 80 yards and 2 rushing touchdowns. Is that all? Nope. He also had 10 catches for 77 yards! The Forte Year Old Virgin? I don’t think so. This dude has been laying the hammer! Honorable Mention: (DeMarco Murray 35.65)

Does T.Y. stand for “Thank You”? It should because that is what all of his owners were saying last week when he tallied 223 yards on 9 receptions. Hilton caught all 9 passes that were thrown to him. Oh yeah, he had a touchdown catch too. Don’t look now but Hilton is the 4th overall wide receiver according to TSM. Thank you! Honorable Mention: (Mohamed Sanu 33.65)

Greg Olsen has been hovering around this nomination for a few weeks now finishing second 2 of the last 3 weeks. Well Greg, tonight is your night bro! And how did he get here? He did it with 6 receptions for 62 yards and a touchdown and is now the top tight end on the season. He’s just your gregular everyday guy. Honorable Mention: (Julius Thomas 22.6)

Fool me once, shame on you. Fool me twice, shame on me. Another clunker from Lacy with 14 carries for 40 yards. Take away week 5 and this guy is droppable. I’m not recommending dropping him, but I would like pee in his Corn Flakes.

Is Wes Welker even a stud anymore or do I have take ecstasy to think so? I’m not sure he qualifies for this nomination, but I’m giving it to him anyway. Being in Denver’s offense should automatically get you 10 points. Kinda like signing your name on the SATs. Welker managed 1 catch for 8 yards. In his defense he was only targeted once, so perhaps TSM’s beef is really with Peyton Manning.

When dudes draft Vernon Davis do you think they tweet, “I just got VD!” They probably should. Three catches for 30 yards and 2 dropped passes. I’d like to drop him! Luckily for me (and my wife) I don’t have VD.

If you’d like to browse the stats for yourself, be my guest (Downloadable Excel).