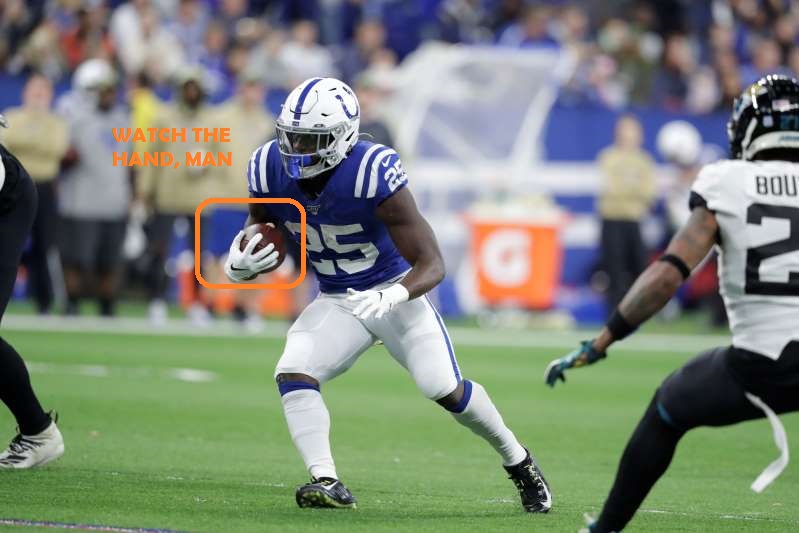 A hand injury has taken Marlon Mack from us too soon and now we’re left to choose between three backups. Oh joy. It’s like this the rest of the way as I said last week; the big add will usually be injury-related so it was advisable to begin adding solid backups…but 0% owned Jonathan Williams? Did not seem him there.  Brian Hill was in a similar position last week, cost a lot and then he gave us 15 carries for 30 yards. It happens and I’m not out on Hill yet. Same rule applies to JWill as Brian Hill last week; if you want him he’s going to cost you.

$19 – Jonathan Williams, IND RB (4% Y!, 0% ESPN)  As a Mack owner, Williams has to be the add of the week. Mack’s hand fracture will keep him out a couple weeks minimum, so dive in. Williams had a real nice 13 carries for 116 yards and a 31 yard catch on Sunday though I think that says more about the Jags run D than Williams ability.

$19 – Deebo Samuel, SF WR (54% Y!, 33% ESPN) A frequent mention in this column, Deebo can longer be ignored as he’s had 2 great weeks in a row. However, his schedule the rest of the way is not easy and Emmanuel Saunders should return to form once he heals up. Expectations should be tempered but what’s the fun in that?

$18 – Derrius Guice, WAS RB (48% Y!, 47% ESPN) He scored a TD on Sunday and things are looking up both opportunity and schedule-wise. If he’s still out there in your league it’s the last week he will be.

$9 – Baker Mayfield, CLE QB (54% Y!, 45% ESPN) Hard to price him as he should already be owned in way more leagues. But if not, the upcoming schedule of MIA, @PIT, CIN, @ARI, BAL & @CIN will carry a lot of teams deep in the playoffs (just be ready with another QB week 15 but you have time to worry about that).

$3 – Jordan Wilkins, IND RB (1% Y!, 1% ESPN) & Nyheim Hines ( 29% ESPN) Wilkins was hurt last week and unsure for Thursday’s game vs Houston. Adding either is zigging when everyone else zags for Williams. Hines has more potential as a pass catcher, for what it’s worth.

Tight end is such a roller-coaster, I’ve thought of just telling you who I’m going to start this week so you can avoid them, since it seems I can’t pick them the week they do well. Anyone who can is either lucky or…very lucky.

Rough Week out there for Defenses; CLE vs MIA, OAK @ NYJ are the only two (of the lesser owned D’s) that I’m looking at.

As we’re nearing the playoffs its about time that all your money is spent; even if you have a lot, spend more than you would on the guys above, if for no other reason than to keep them from your opponent. One of my favorite parts of utilizing FAAB bids is spending a little more a leaguemate to get a guy I know they wanted. You know your league, and if there are a bunch of guys with money left that you know they’ll spend, then don’t bid big. But if there’s only a couple teams with a lot of FAAB money left (and you’re one of them) why not spend it this week? Can’t take it with you. As always, if there is a guy I missed bring them up in the comments and I’ll give them a price. Enjoy the games Razzballers and Razzballettes!