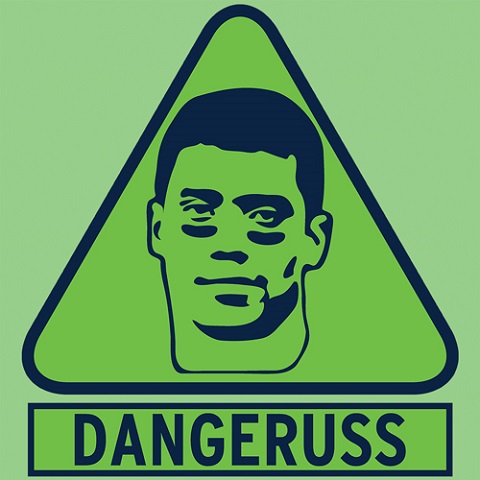 For a sixth straight season, Razzball will be interviewing NFL-team blogs and site contributors for some actual in-depth football knowledge to shed some additional light on our fantasy football knowledge. Keep your eye out for an interview for every NFL team for our Team Preview Series through the summer. This installment comes courteous of our very own Tehol Beddict.

Russell Wilson is a bit of a fantasy wild card. He is ranked as low as 15th in some expert fantasy rankings. Where do you see his value? Is he worth a late round selection as a bye week replacement?

Greetings!!! I’d like to send a special shout out to the good Doctor for allowing me the opportunity to drop some knowledge about “my” Seahawks. I go by the name of Tehol Beddict, and fantasy sports is what I do best… at least it’s supposed to be what I do best, considering I do it for a living (if I was getting paid). Now, let’s get to these questions, shall we?

Razzball’s Fearless Leader Jay(Wrong), has Wilson in the 15 spot and it’s ridiculously challenging for me to argue with it. I’m praying to the Elder Gods that the Hawks throw the ball around a bit more this season considering they’ll now have a healthy Percy Harvin as well as the addition of the blazing rookie Paul Richardson. That’s not even mentioning the fact that second year tight end Luke Wilson has the look of an absolute steal as a late round draft choice (NOT FANTASY), or that Doug Baldwin and Jermaine Kearse have both looked great in preseason thus far. I will add that Zach Miller will be dropping a dud of epic proportions this season. We are talking a Nicolas Cage level disgrace. Stay away.

I’d be committing a crime by not bringing up Wilson’s rushing ability, as he went off for almost 500 yards and 4 tubs last year. The problem is that many of those yards came about after he was forced to run for his life due to the creaky offensive line which shall be much improved in 2014. What I’m trying to get across is that the Seattle coaching staff isn’t in any way shape or form designing their game plan around Wilson running a la RGIII or Cam Newton from a couple years back. I’ll predict he still gets close to 400 yards and possibly 1/2 touchdowns on the ground, but the numbers certainly will not surpass last year’s totals.

The amount of quality fantasy starting quarterbacks is astounding, and one could make the argument (easily) that Jay Cutler, Matt Ryan, Tom Brady, Tony Romo, and even an Eli Manning could all have superior final statistics than Wilson. ESPN’s general rankings has all of the aforementioned QB’s behind Wilson, and that’s difficult to believe. Wilson is probably the perfect backup QB to draft or stream if your starter gets injured or is on a bye, or possibly even a decent starter if the rest of your team is stacked, but I’m certainly not drafting him till the later rounds. That hurt me to write that.

Now that Percy Harvin is back for a full season, would you consider him a top-20 wide receiver? If so, who are some big names you are taking him over?

I’d probably rather take a risk on a guy like Cordarrelle Patterson, where the upside is insanely high, than draft Harvin as a top-20 receiver. Anything is possible and Seattle will definitely be attempting to get him the rock, but it’s just hard to predict Percy gaining more than 800/900 yards in the air. Mix in some rushing yards and kick return yards (if your league gives points for this) and there’s a solid season waiting to be had. I suppose Harvin could surpass a Victor Cruz (low touchdowns), an Andre Johnson (Fitzpatrick), or Pierre Garcon (DeSean Jackson), but it’s a total mystery. Harvin is ranked right where he should be, if not a tad high.

Marshawn Lynch’s workload from previous years scares me. I have him behind the big three (Peterson, McCoy, Charles), Forte, and Eddie Lacy. Is this a good place for him? Where do you see him drafted and what will he produce this year?

Don’t be scuuurred! It’s beastmode, baby! The man has been grindin’ his whole life, and I don’t expect that to stop in 2014. I’d definitely draft Forte ahead of him, but probably not Lacy, who’s injuries scare me off a bit. You can still expect 1200-1500 yards from the big dog and chalk him down for 10 plus TDs. I forsee Brotha Lynch going in the top-10 in most, if not all drafts and that’s right where he should go considering the lack of true workhorse backs. Christine Michael is simply a handcuff. Have no fear, Beastmode is here.