Considering I’m attempting to write after downing countless OC’s and Valium for the pain, we’ll be keeping this short n’ sweet. Imagine Joaquin Phoenix and Tom Sizemore spending a week together in a Las Vegas hotel room, multiply the results by three, and you have me, Beddict, right now. I seriously have no clue what I’m typing, but skipping a week was out of the question, considering I’m hotter than Elton John’s Bunghole. I challenge you to find any betting site in the world that is 7-1 on their “locks”. I don’t mean to brag, I don’t mean to boast, but Beddict is like hot butter on your breakfast toast (RIP Big Bank Hank). Anyone who beats me this week get’s a Razzball T-shirt, half-off. Immortality awaits you if you’re up to the task. Take it, it’s yours!!! 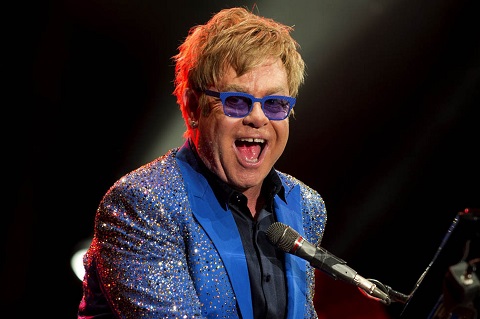 Lock of the Week: Green Bay (-10) @ Minnesota – Yep, I’m going with a sharp’s ultimate no-no… a double-digit favorite on the road. I don’t love a ton of games this week, but Green Bay has been treating their opponents like peasants as of late, and being that I have no faith whatsoever in the Vikings, 10 points doesn’t seem like too much to ask. These pills are truly holding me back. Wow, I can’t think of anything entertaining to say. Maybe I should pull a Rick Reilly and just regurgitate old material that wasn’t that funny in the first place. Low blow? Sorry Ricky!

Cleveland @ Atlanta (-3) – Josh Gordon returns for Cleveland, but it wont be enough as Atlanta somehow has a legit shot at winning the pathetic division that is the NFC South. Atlanta is still laughing at Cleveland for the players they drafted in the Julio Jones trade, and I expect Julio to burn Haden like the time I picked up crabs from that coal miner’s daughter in Zimbabwe. Cleveland has been a nightmare to bet on this season, as you never know when they’re going to drop an epic Paul Blart: Mall Cop type of dud, so I’ll take the home team.

Tennessee @ Philadelphia (-11)- Having faith in the Tennessee Titans turning it around is like having faith that Dane Cook will make a glorious comeback to major motion pictures. Not gonna happen people. Mettenberger almost made me not despise his game with a solid showing against Pittsburgh on Monday Night, but he’ll make just enough mistakes to keep this one out of reach.

Detroit @ New England (-7.5) – Difficult for me to bet on Detroit this week after the way they were shut down by Arizona. I’m loving “Da Hoodie’s” game plan this week of double teaming Calvin with Browner and a safety, and having Revis erase Golden Tate. I’d feel much more comfortable at 7, and would probably buy a half a point in real life, but we can’t do that here on Betting With Beddict. Balls to the wall baby. Balls to the M.F.-in wall. Expect more Vereen action this week, as Detroit is incredibly stout against the run.

Jacksonville @ Indy (-10) – No Dwayne Allen, no Greg Toler, no Ahmad Bradshaw. No problem. It’s the Jaguars! Expect a blowout. Maybe should have been lock of the week.

Cincy (-1.5) @ Houston – One of the toughest games of the week to call. Arian Foster historically owns the Bengals… buuuuut he’s not at full strength and not even for sure playing at the moment. I keep underestimating Houston, and it keeps costing me, but not this time dammit! Not this time!

Arizona (+7) @ Seattle – This would have been my lock of the week. had I not been too embarrassed to call out my hometown team. How in the name of the Gods could they make this a 7 point spread???? 2 1/2 to 3 sounds about right to me. Seriously, I may go all in on the Cards here, for this is more disrespectful than the time Leo DiCaprio one nighted my fiancé and sent her back to me with his name tatted on her taint. Seahawks by 3.

St. Louis (+4.5) @ San Diego – The Chargers have played like dog sh*t as of late and the Rams have been knocking off the Seahawks, Niners, and Broncos. I’d feel quite solid about money-lining the Rams here. The Chargers chances of making a Super Bowl with Phillip Rivers are about on par with Dave Coulier winning an oscar.

Miami (+7.5) @ Denver – Really tough call here, as I changed my pick at the last moment. If Orange Julius or Emmanuel Sanders doesn’t suit up, it’s going to be a serious problem for Denver. Wes Welker has looked horrendous, Jacob Tamme is, well, he’s Jacob Tamme. Miami’s pass defense has been outstanding as of late, and I say they keep this one close to the end, possibly coming out on top. Tannehill has mastered the pathetic art of the dink-and-dunk, and it will be much needed with Von Miller and DeMarcus Ware bearing down on him from the edge. Maybe Mike Wallace will catch a deep ball this week… oh wait, Tanny couldn’t throw a decent deep ball if his smoking hot wife’s virgin red eye was about to get Greg Oden’d. So I’d say Wallace has another 40-yard day. If Miami had Knowshon Moreno, I’d almost consider them a contender.

Washington @ San Francisco (-9) – This seems like a ton of points to give to a struggling 49ers offense, but it shows you how much I’ve grown to despise RG3. Griffin is making it impossible for his teammates and fans to like him whatsoever, as he just seems to have one those personalities you can’t stand. Listening to him speak makes me visibly angry and I’ve lost all faith in him being a successful starting QB in this league. Expect the Niners defense to dominate him to the point that he’s removed from the game.

Dallas (-3.5) @ New York Giants – Would probably buy this to 3 points, but 3.5 still gets it done for me against turnover machine Eli Manning. I seriously can’t recall any QB in history being so reckless with the football. It’s truly sickening and the Giants need to draft a QB shortly to challenge for the job within the next few years. And no, it’s not Ryan Nassib. Remember a couple years back when they were talking about Nassib being a possible first round pick? Yeah, talk about a sad joke. DeMarco Murray should be in a line for a monster game here.

Baltimore (+3.5) @ New Orleans – I fully expect Brees to shred this Ravens secondary, but Baltimore should be able to hang around and possibly win in the Superdome, where the Saints have lost twice in a row after winning 11 straight there. I believe Baltimore to be the most underrated team in football right now, and though they lost their best corner in Jimmy Smith, I think they’re still a dark horse contender.

New York Jets (+3) @ Buffalo – With Leodis McKelvin out for Buffalo, I like Percy Harvin and a healthy Eric Decker to have solid games against this Buffalo secondary that allowed Ryan Tannehill to dink-and-dunk them to death. Imagine what Harvin will do with 10 short receptions. I like him to have a monster game. Plus, now that this game’s not in Buffalo due to to the snow, the Jets will have a far easier time showcasing their speed indoors. Buffalo seems to be fading like Christian Slater in his late 20’s.

Thanks for putting up with my attempt at writing while highly inebriated. It’s possible Jay just deleted the whole thing to save me the embarrassment and this will never see be witnessed by public eyes. But, if you are reading this, my offer to give you a Razzball t-shirt at half price if you beat my picks stands, as I’m a man of my word and the fact that I’m high as a kite doesn’t change that. As per usual your comments and questions will be responded to in a timely fashion below. I love when you decide to compete against me with your picks,wether you’re betting real money or not. Fantasy questions are of course always welcome here also. Want to really get to know me? Follow me on Twitter at @Tehol143. Have a glorious weekend. Beddict, out.