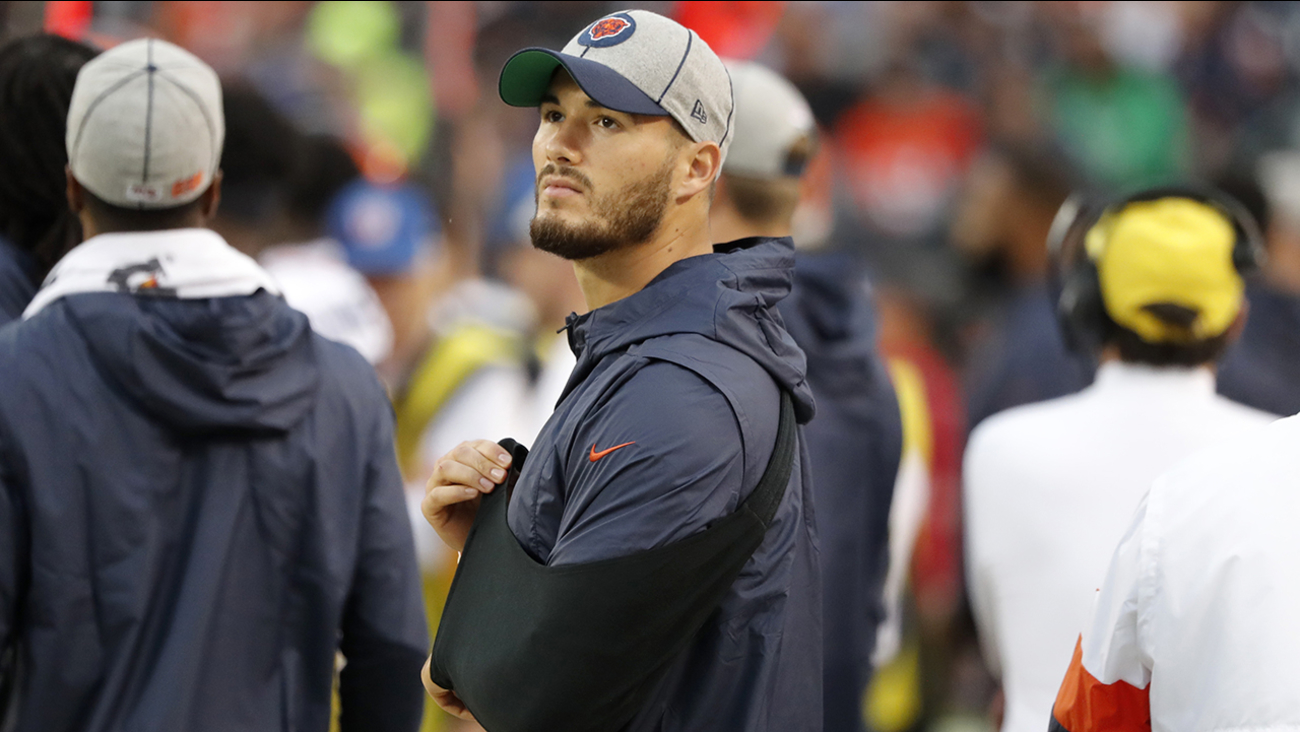 Another week, another slew of injuries impacting the NFL landscape. We saw two starting QB’s go down last week, continuing the trend of backups getting the start for an extended period of time. For other teams, they saw their backs and receivers exit Week 4 with varying degrees of seriousness.

On Monday, Adam Schefter reported that Trubisky’s MRI revealed a dislocated left shoulder and a slight labrum tear. Trubisky reportedly doesn’t need surgery and will be back sooner rather than later. The Bears will travel to London this week, and will have a bye next week, so Week 7 could be the return date for the young QB. In the meantime, we’ll see more of Chase Daniel, who got the job done last week for Chicago.

After getting tackled by Jonathan Jones, Allen was forced from the Bills’ Week 4 loss at home against New England. While he remains in the concussion protocol, Allen should be viewed as questionable for Buffalo’s Week 5 matchup against the Titans, as the team will look to bounce back after the loss at home against the Patriots. They do have a bye in Week 6, so it won’t be surprising to see Barkley getting the start this Sunday if they feel like Allen isn’t 100%. While Barkley was actually able to move the ball down the field last week (in Buffalo’s loss to New England), Allen’s absence would be a downgrade for the rest of the Bills offense.

After a brutal hit last Thursday night, in which he was carted off, Williams was released from the hospital after seemingly avoiding a major injury. He hasn’t practiced at all this week, and while he’ll likely make a return to game action soon, he is likely going to miss this Sunday’s game against Dallas. Aaron Jones should be a bell-cow back this week.

While he did depart in the fourth quarter last week against Oakland, coach Frank Reich clarified that Mack wasn’t medically ruled out. He hasn’t practiced this week, and because they do have a bye next week, we might not see him play on Sunday night. If he doesn’t suit up, the rushing duties will be up to Jordan Wilkins and Nyheim Hines.

After missing the last two games, Williams practiced in full on Wednesday, suggesting that he’ll be all set for Sunday. This will likely be a downgrade for Darrel Williams, but we should see a 50/50 split between McCoy and Williams for the time being. It’s something to keep our eye on.

After fully practicing on Monday, and being removed from Seattle’s injury report yesterday, Penny is all set and ready to go for tonight against the Rams.

While Singletary missed last week’s game in which the Bills lost to the Patriots, he was limited in Wednesday’s practice. This puts him on track to return this week against the Titans, which means T.J. Yeldon should end up back on the bench.

While his turf-toe injury doesn’t seem to be a serious one, Adams hasn’t practiced so far this week. It’s unclear what his status will be for this Sunday against Dallas, so we need to further monitor this situation heading into the game. He’ll likely be a game-time call.

After being placed on the IR with a shoulder injury, Ross will be sidelined for a minimum of eight games before he’ll be eligible to return. He has no ROS appeal in re-draft leagues and can be cut.

After suffering an ankle injury last Sunday, coach Kliff Kingsbury said that Kirk is unlikely to to play in Week 5 against Cincinnati. While he did also say that that his ankle injury isn’t worst than originally anticipated. Kirk does seem week-to-week, and in the meantime, Larry Fitz, KeeSean Johnson, and Andy Isabella will be the go-to options for Kyler and this passing attack.

He missed last week’s game, and he has remained sidelined at practice to start the week. Yesterday coach Frank Reich said that their Week 6 bye may play a factor in Hilton’s status on Sunday night. We’ll have to keep an eye on Hilton leading up to the game.

He wasn’t able to play in last week’s game against Miami, but he was limited in practice yesterday, which is a good first step. This gives him an outside shot to play this Sunday against Denver. During tomorrow’s practice, we’ll get a clearer picture on whether or not he’ll start.

While his initial timetable estimated that he would return a few weeks from now, Dallas Morning News’ Michael Gehlken reported that Gallup is expected to play in Week 5 against Green bay. He may not be 100%, but it is a huge boost to this Cowboys passing attack.

While Doug Pederson offered little insight on Jackson’s progress, he remains day-to-day with an abdomen/groin injury. His status is completely in the air, and we’ll have to monitor this up until game time on Sunday.

After pulling up with a hamstring injury last week against the Panthers, Stills has been limited at practice to start the week. He should be able to play this week, although it would be shocking if he was at 100%.

After exiting Sunday’s game against the Chiefs, Adam Schefter reported that Hockenson will avoid being placed on Injured Reserve. It’s a good sign, but we don’t have any idea when he’ll return. It is safe to say that he’ll at least miss this upcoming week.